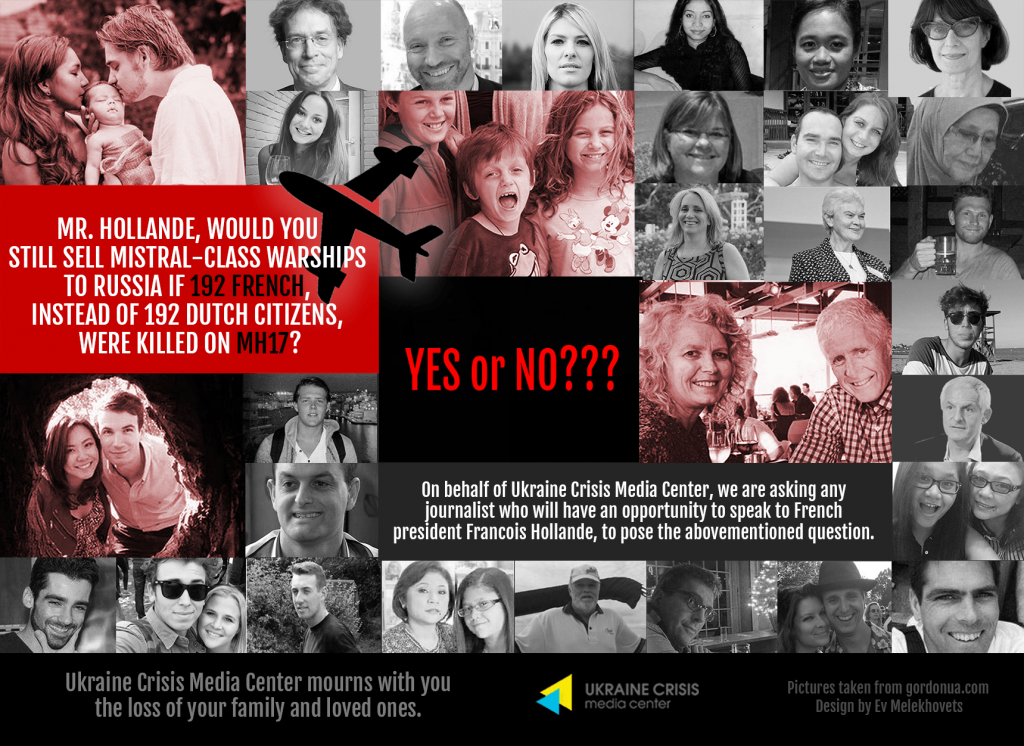 According to EUR 1,2 billion trade deal, France will deliver one Mistral-class warship to Russia; the fate of the second ship “depends on Russia’s attitude” – Hollande said.

Would the French President release the same statement, if 192 French, instead of 192 Dutch citizens were onboard of the MH17? 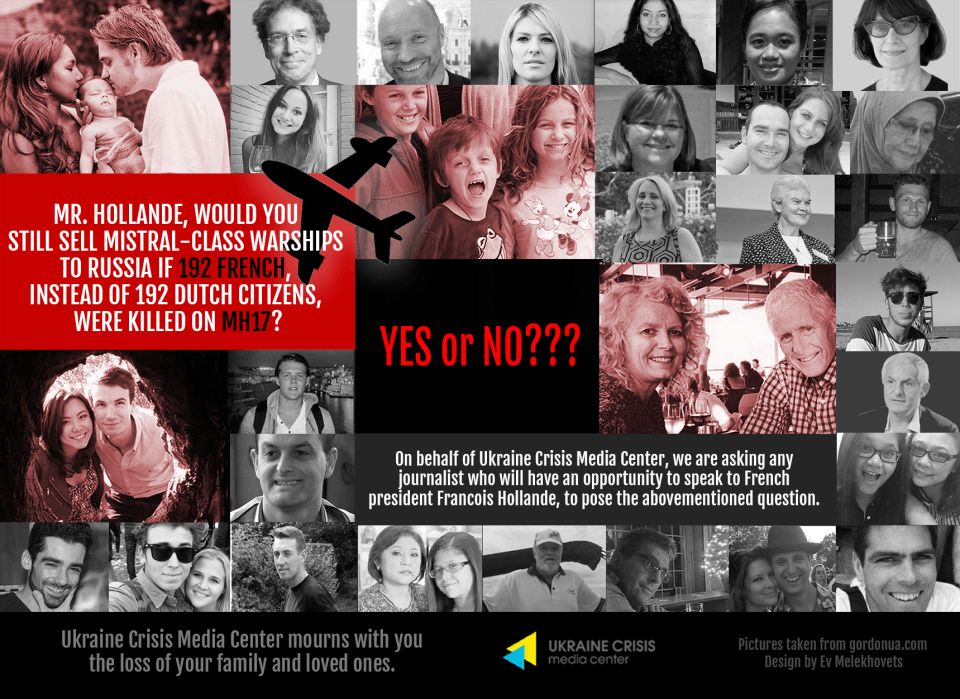