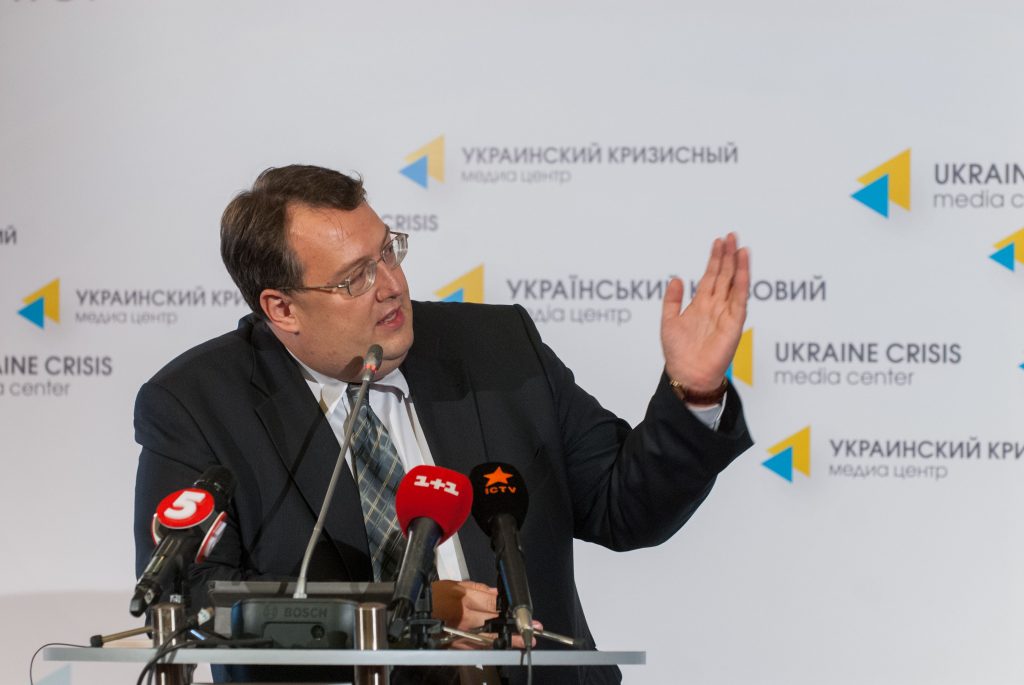 September 25, 2014, Kyiv. – The Russian government and mass media are using propaganda to create falsified reports of Ukrainian military complicity in alleged mass graves in eastern Ukraine. Russian media has often falsified stories about Ukraine, and recent allegations are just another tactic in the information war against Ukraine. This was said at Ukraine Crisis Media Center in Kyiv by Anton Gerashchenko, the Advisor to the Minister of Internal Affairs of Ukraine.

“Russian propaganda tries to falsify information in order to blame Ukrainian servicemen in the mass murder of soldiers and the civilian population,” said Gerashchenko. Falsified reporting is a well-known tactic used by Russia’s government-controlled media to vilify Ukraine, helping Russia recruit fighters and turn the general population against Ukrainians. In these regards, the Russian government follows the examples of Nazi propagandist Goebbels and the KGB when it comes to spreading misinformation.

One tactic used by Russian media involves using images from other conflict zones, such as Syria or Iraq, and saying that they were taken in Ukraine. One of the best known examples of this strategy was when Russian media claimed that the Ukrainian military had used white phosphorous, a weapon outlawed under international law, against civilian areas of Makeevka. However, upon further inspection, it turned out the footage was actually taken during the 2003 invasion of Iraq.  After the downing of flight MH17, the Russian media instantly reported that pro-Russian fighters had downed a Ukrainian military transport plane. After it became apparent that a civilian plane had been shot down, Russian media sources immediately erased all records of its previous claims.

Responding to questions about the allegations of abuses by Ukrainian servicemen and volunteer battalions in eastern Ukraine, Gerashchenko responded that Ukrainian forces are on the whole well-behaved. “I am convinced that the Ukrainian army doesn’t shoot the civilian population and doesn’t kill them,” he stated. Gerashchenko said that there have been isolated incidents of misconduct, and that Ukrainian authorities will investigate such matters. “No cases of murders, mass shootings have happened.” On the contrary, Gerashchenko pointed to evidence of arbitrary executions committed by pro-Russian forces, which were uncovered following the Ukrainian capture of Slovyansk in July.