The sound of distant gunfire still echoes through Donetsk, smoke billowing from the direction of the airport. The Donetsk International Airport, thoroughly renovated with a makeover before the Euro2012 tournament, was once a symbol of Donetsk’s modernization. Now, as the locus of months of fighting, the terminal lays shattered, its runway pockmarked from shells. The cease fire between the Ukrainian government and pro-Russian fighters, meant to pave the way to negotiation, have failed to bring peace to stop the shells and bullets from raining down on this Ukrainian-controlled stronghold. 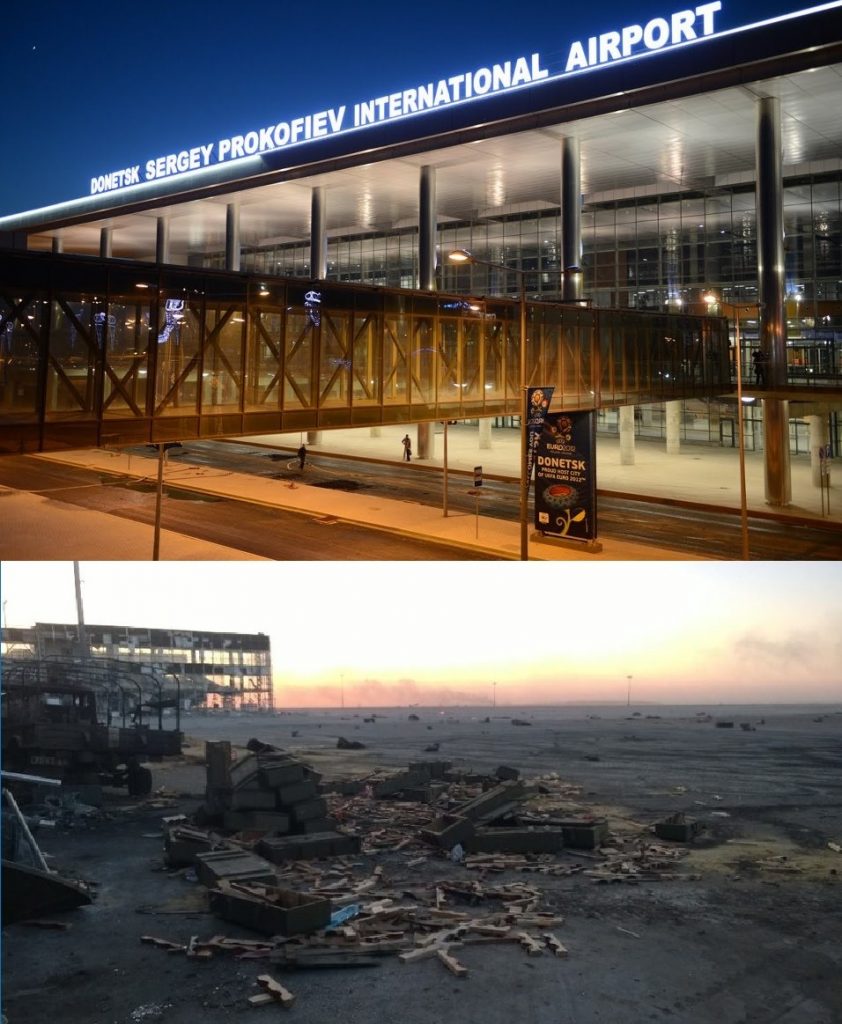 Many places along the frontline in the Donbas have been witness to fighting following the precarious cease fire declared on September 5, but few locations have been as ferociously disputed as the airport on the outskirts of Donetsk. On September 29, nine Ukrainian soldiers were killed and another 27 were wounded when the airport became a target of a pro-Russian tank assault.

Why is this ruined airport so important? To get a better idea of the airport’s strategic value, and the potential risks if Ukraine loses it, one needs to re-visit the history of the Grozny airport in Chechnya during the 1990s.

The Grozny airport became a flashpoint of the Russian-Chechen conflict from the beginning. Even before the official dissolution of the Soviet Union in December 1991, Chechen separatists seized the airport and prevented Russian troops from gaining quick access to the province. Following the Chechens’ success in the first war against the Russian government, the Grozny airport soon became an enormous obstacle for Russia. The airport became a conduit for nearly unprecedented levels of organized crime, on which the Chechen separatist regime largely depended upon, and unsanctioned flights brought in large amounts of drugs, weapons, and fighters. The unchecked flow of contraband into Russia from Chechnya became serious enough to threaten the de-stabilization of neighboring Russian territories.

As the conflict in eastern Ukraine solidifies into a frozen conflict, a repeat of the Chechen scenario is undoubtedly on the minds of Ukrainian policy-makers.  As pro-Russian fighters carve out a brutal and devastated rump state in Donbas, the security risks of a lawless unaccountable territory abutting Ukrainian government-controlled areas are severe. Donetsk and Luhansk’s infrastructure lies in ruins. Former residents with the means or the skills to leave have already departed other parts of Ukraine or Russia. In effect, armed men control the territory, paranoid of opposition and unconstrained by any laws but their own.  The most vulnerable—elderly, low-skilled workers, and the poor—are the ones left behind.  In an environment without the supremacy of law, controlled by militias with questionable backgrounds, organized crime is likely to prevail. A pro-Russian territory with an international airport of Donetsk’s size would be a valuable asset for the territory’s smuggling capabilities, just as the Grozny airport was in the 90s, de-stabilizing other parts of Ukraine because of the unchecked flow of illicit weapons, drugs, and fighters.

The possibility of this scenario likely factors into the Ukrainian government’s determination to hold onto the airport, despite some reports that the military agreed to turn over the airport to militants. The defense of the airport is not only strategic—the Ukrainian army will retain a presence on the outskirts of Donetsk—but also tactic acknowledgement that a frozen conflict has descended upon Ukraine. Ukrainian policy-makers should be skeptical of any deal that gives the airport to pro-Russian forces in exchange for territory south of Donetsk. Ukraine’s control of Donetsk International Airport not only ensures Ukrainian presence on the outskirts of the city, but also might prove crucial in preventing the spread of instability to other areas of Ukraine.