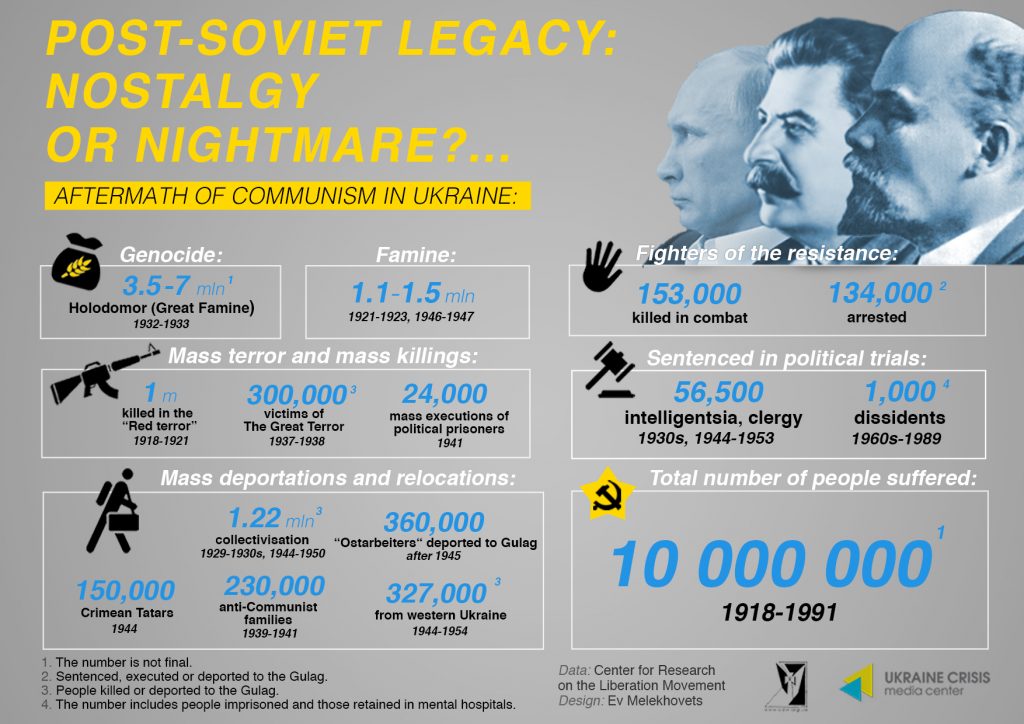 As the information curtain went down, people saw the dual character of the communist regime in Ukraine, which concealed millions of deaths, persecutions and famine behind the lofty image of the Union of the Soviet Socialistic Republics. The events of 2014 has put a period to the Ukrainian post-Soviet legacy and marked a new page in the history of an independent European state.