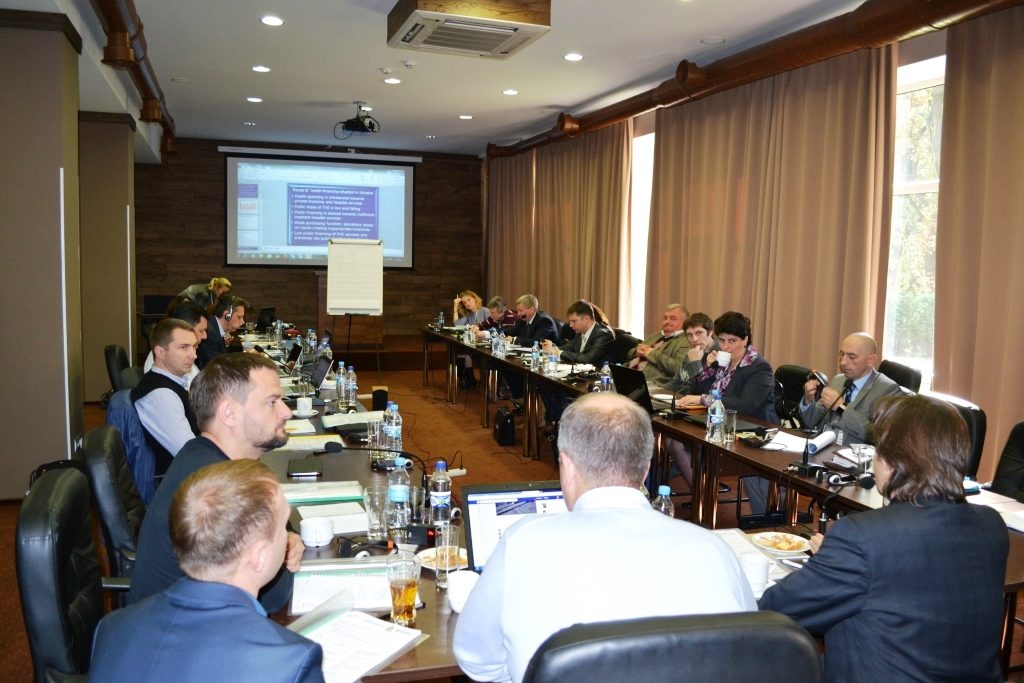 The draft of health care reforms that is being developed by Strategic Advisory Group on Healthcare reform under Ministry of Health, supported by the International Renaissance Foundation, suggests depriving the Ministry of Health of some functions, including the financing of individual hospitals, medical schools, etc. On experts’ view, MOH should pass the function to procure medicines to the independent body, which deal exclusively purchase medicines and medical treatment, which is common practice in most European countries.

It should be noted that the Acting Minister of Health Vasil Lazoryshynez supported such initiative at the summer meeting of Verhovna Rada. He said that “these functions need to be moved to the either Minister of economy or to the special agency created to specifically procure medicines. Ministry of Health should be engaged in patient care and treatment quality control as well as provide people with the access to this treatment”

Vladimir Kurpita, a former Head of the State Service to fight AIDS and other social-dangerous diseases and current Chairman of the Strategic Advisory Group, under Ministry of Health, supported by the International Renaissance Foundation, supports the idea of ​​elimination the Ministry from the function to procure medicines. In his view “The removal procurement process from Ministry is a common practice in most European countries. This has proved to be effective, and greatly influenced the decrease in purchase prices through elimination of corruption schemes, such as in neighboring Georgia.”

According to the recommendations of Strategic Advisory Group, the Ministry of Health should be made ​​to focus on 4 main functions: policy development in the health sector; regulatory supervision and oversight of procurement of services (not drugs), monitoring the spread of diseases and epidemics, the organization quickly respond to biological threats to health at the national level.

Besides, recommended new system will bring the structure of health care in line with the real needs of people in health care. The money will be spent for specific medical services and medication for a particular patient rather than hospital beds, as it is today. Referrals funds for infrastructure maintenance without reference to the needs of people led to the fact that today the number of hospital beds in Ukraine is one of Europe’s largest (9 beds per 1000 population) and almost double the average European rate (5.5 per 1,000). Reduction of beds will free up funds for the needs of patients and to raise doctors’ salaries.

«We can openly speak of the fact that Ukraine treats its patients not with medicines or regular health services but with empty beds – states Dmytro Sherembey, Head of CF «Patients of Ukraine» and member of Strategic Advisory Group on Healthcare reform under Ministry of Health, supported by the International Renaissance Foundation. – The state spends a lot of money on upkeep of the beds, paying for heating of empty hospital space while patients are dying without appropriate medicines and lack of thereof or qualified health services provided in hospitals where you have to pay for everything anyway».

Reminder: Health Strategic Advisory Group (SAG) was approved by MOH decree #522 as of July 24, 2014 (http://www.moz.gov.ua/ua/portal/dn_20140724_0522.html).
It includes 12 competitively selected Ukrainian and international experts. Today the group moves towards finishing of the first stage of its work, in result it will introduce preliminary version of healthcare reforming strategy for 2015-2025. After that the round of public discussion of the document will take place among experts’ environment and the general public. The project development of medical reform by Strategic Advisory Group is supported by the International Renaissance Foundation.