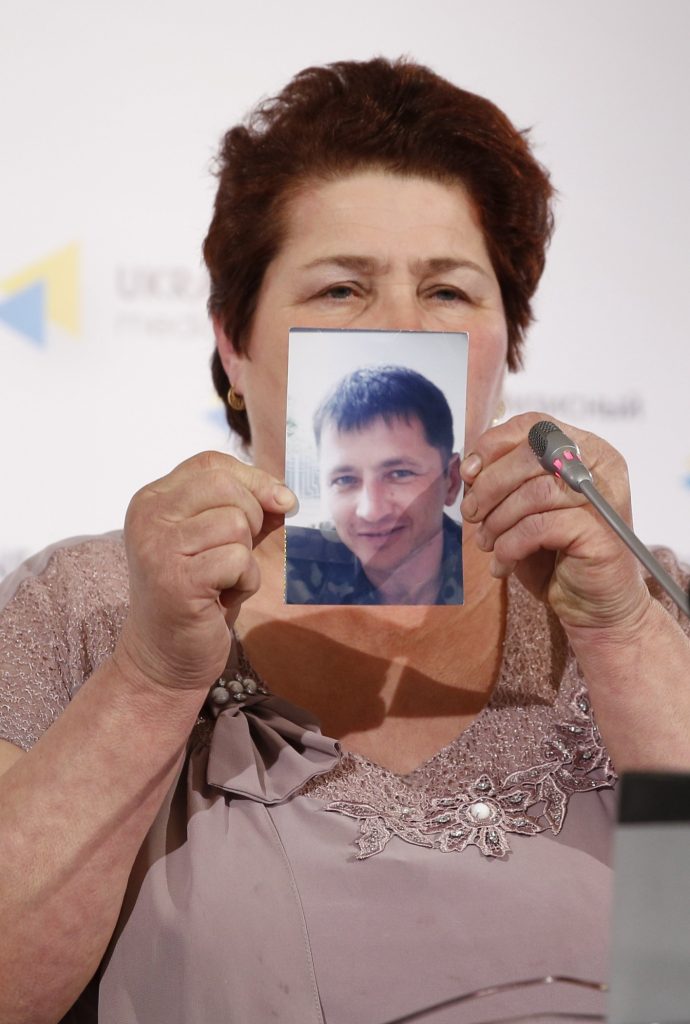 Kyiv, 1 April 2014 – Mother of Ukrainian frigate captain Vyacheslav Demyanenko, who has been held captive at the Russian Black Sea Fleet Base in Sevastopol since March 23, Lidiya Demyanenko, and his colleague Yuriy Yurchenko say that the officer still hasn’t been released.

According to Mr. Yurchenko, officer Demyanenko was taken captive during the assault on military base A4398: “Demyanenko is the last officer to remain captive in Crimea. There are no official results. For five days now, the authorities dealing with the issue have been giving us the runaround. The only one who responded was Dmytro Bulatov. He is helping us to both gather and disseminate the information.”

“We have contacted all politicians, including Klitschko, Tymoshenko and Parubiy. Up till now, we haven’t received a response from anybody except for Mr. Bulatov,” added officer’s mother Lidiya Demyanenko. “My son said ‘Mom, I will defend my land to the last drop of my blood.’ I am asking all those who care to help me get my son back home!”.

Frigate captain Vyacheslav Demyanenko was captured on March 23 during an assault by Russian troops on military base A4398 in Crimea.