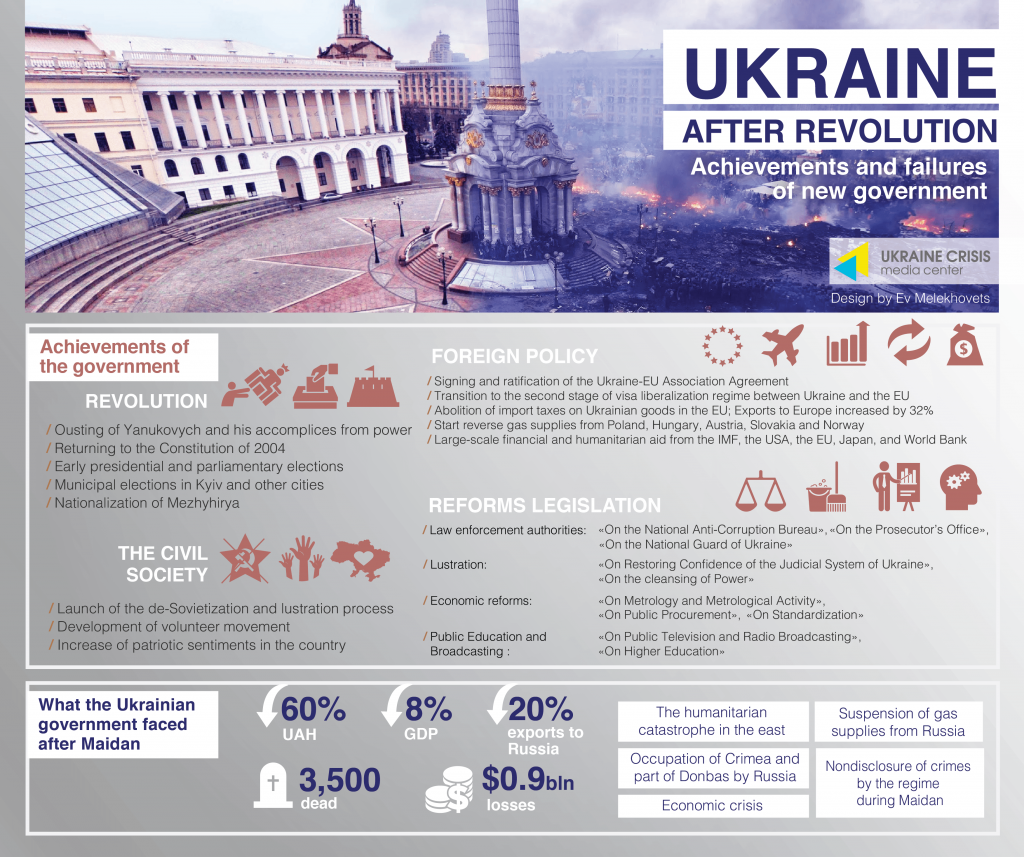 It has been one year since the first spark of a nation-wide transformation appeared on the skyline of the post-Soviet Ukraine.In the past year Ukraine has undergone significant changes: ousted the old corrupt government, launched a number of reforms, established strong volunteer movement, restored its military power and elected new president and government. The infographic below displays the achievements and failures of the new government after the Ukrainian Revolution of Dignity.