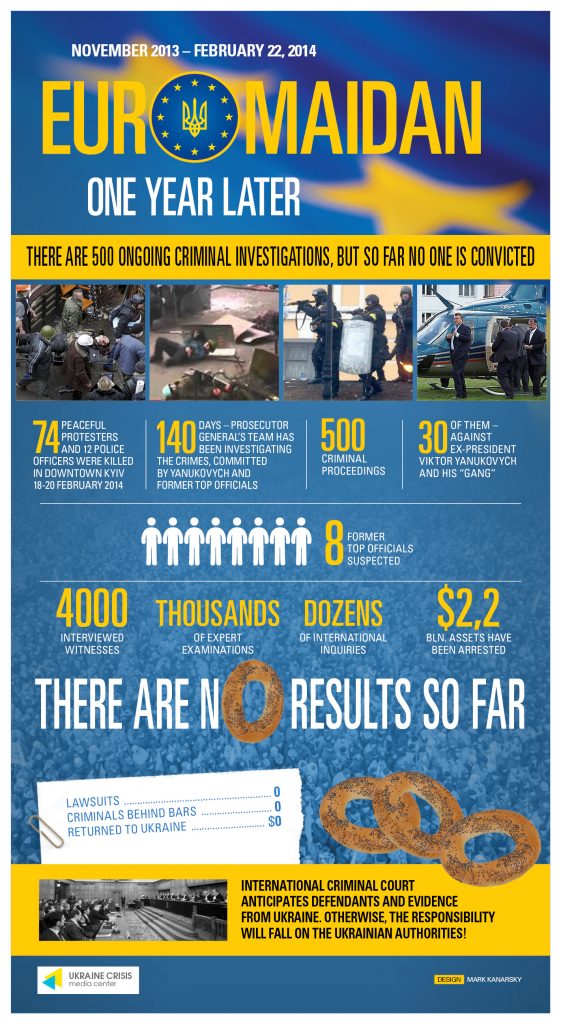 What started as a peaceful demonstration evolved into a nationwide Revolution of Dignity, ultimately forcing the corrupt government to flee. Afraid of their own people, these state officials brutally persecuted and killed innocent activists, who had only hoped for a better future for Ukraine. For more than 140 days, the Prosecutor General’s office has been investigating the Maidan crimes, but it has yet to make a single arrest.