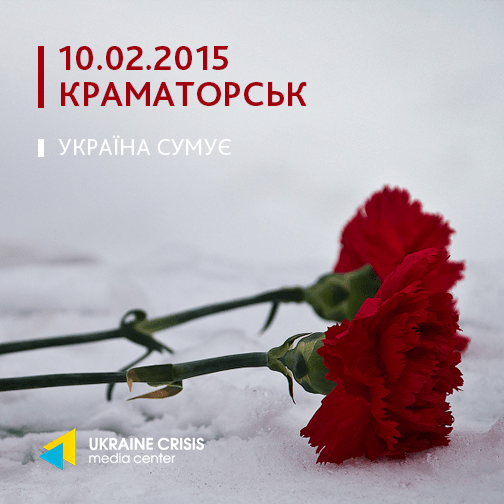 Kyiv, February 10, 2015 – The ATO staff: Pro-Russian militants shelled a residential district in Kramatorsk, killing 15 civilians, 63 got wounded. According to the intelligence report, insurgents used 4 “Smerch” multiple rocket launchers. They fired from the vicinity of Horlivka, potentially from the town of Yasenivka.

Insurgents used cluster bombs prohibited by the Geneva Convention. Ukraine strictly observes the international law and the Geneva Convention in particular, and did not use this kind of weapon. Ukrainian intelligence also report that Russia is preparing an information campaign aimed to put the blame on the Ukrainian Armed Forces to undermine their reputation among the local population. Ukrainian authorities urge citizens to be vigilant and not fall for the provocations of the aggressor-state.