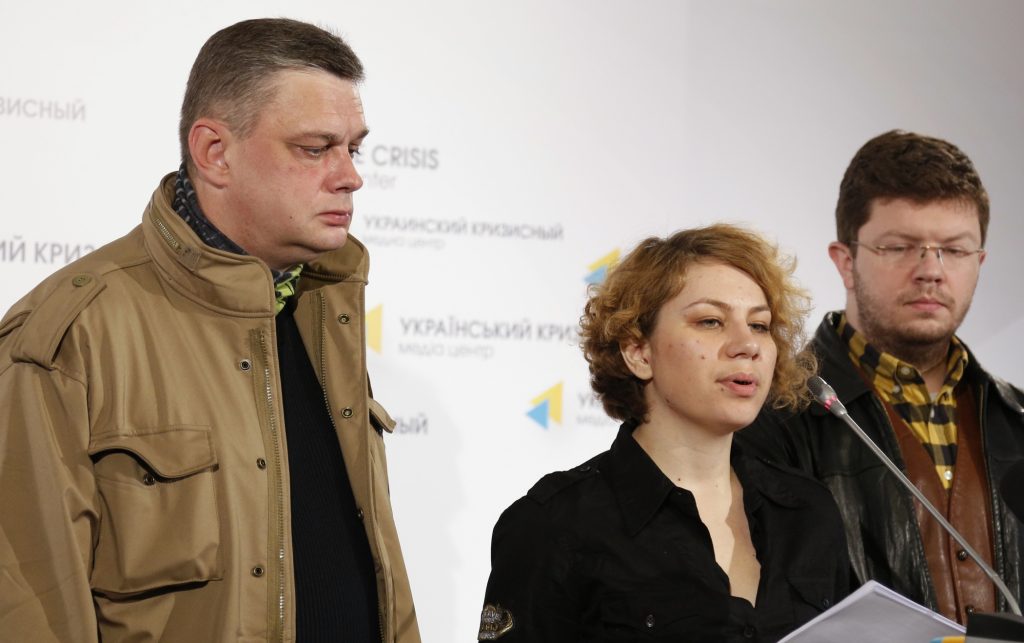 Kyiv, April, 14th, 2014 – The representatives of “Automaidan Kyiv” Non-Governmental Organisation at the briefing in the Ukrainian Crisis Media Center have announced a Memorandum of Cooperation between public and media for objective coverage of the “Separatism in Ukraine” topic.

According to the activists, joining efforts together is quite logical “taking into account the significant contribution of civil society in the state restructuring during the revolutionary events in 2013-2014 and realizing the urgent need of our help to the compatriots from the East and South of Ukraine, lack of information about the consequences of Putin’s occupation as well as lack of objective information about events and mood in the southern and eastern regions of the state. Considering the widespread social movements throughout Ukraine, their consolidation and close cooperation in the fight against the occupation regime, and thanks to the side by side fight for several months against the bloody regime there was created a huge network of closely interconnected active patriotic movements in the country.”

– suggests to make the maximum awareness-raising focus on “Separatism in Ukraine” as the main topic for today;

– is ready to provide all its resources to assist the media in covering objective information about events in the South and East of Ukraine, actions or failures of authorities  in the fight against separatism;

– invites all media and active fighters against the occupation regime to cooperate to counter the media war against our country;