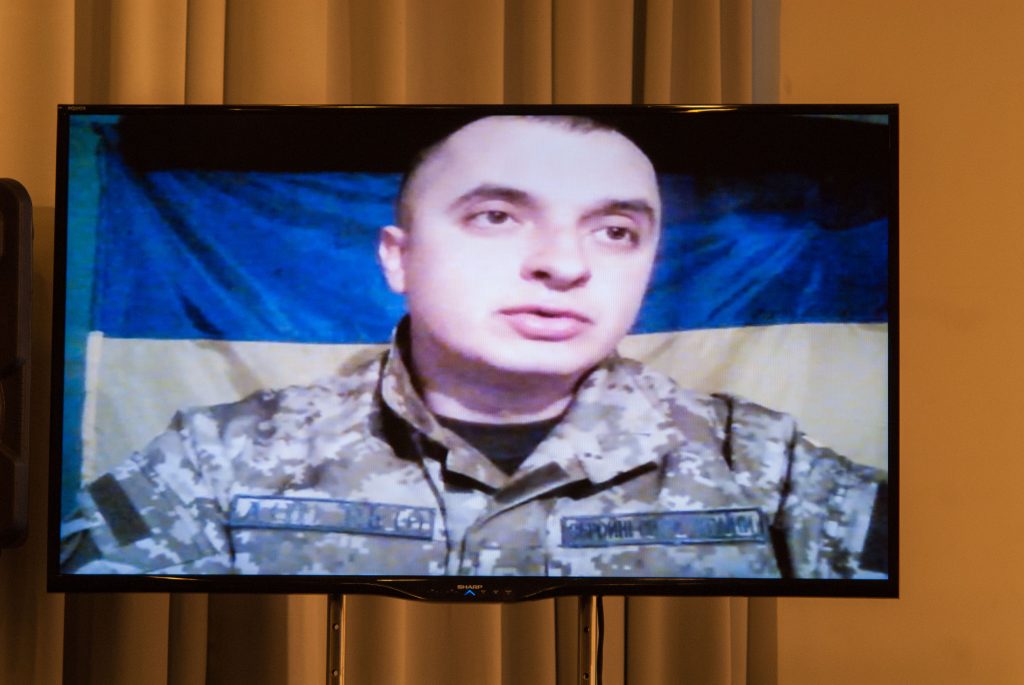 Kyiv, 10 March 2015 – Separatists intensified combat activities at night on 9-10th of March in the anti-terrorist operation zone. They used mostly large-caliber mortars and heavy artillery, according to Anatoliy Stelmakh, ATO Staff spokesman.  “The enemy conducted its main strike at the Donetsk direction. Militants fired with mortars and grenade launchers at the towns of Avdiivka, Opytne and Pisky. Additionally from 21:53 to 22:45 terrorists fired at the town of Avdiivka with 152-mm artillery systems that according to the Minsk agreements have to be withdrawn from the delimitation line,” stated Anatoliy Stelmakh.

According to the ATO spokesman around 1am and 2am the enemy launched artillery strikes at Avdiivka once again. Town of Tonenke also came under artillery strike. In Luhansk region Russian-backed illegal criminal groups fired at the village of Sokilnyky with small arms.

At the Mariupol direction near Shyrokyne town an engagement lasted almost all day long. “Starting from 9:30 in the morning and until 1:00 at night terrorists were storming the positions of Ukrainian servicemen but to no avail. Aggressive actions of the illegal armed groups, mortars and heavy artillery they keep using once again demonstrate terrorists’ intentions to continue fighting and to not allow peaceful settlement of the conflict in Donbas,” said Anatoliy Stelmakh.