Kyiv, March 30, 2015. Russia-backed militants did not commit grave ceasefire violations, such as the use of armored vehicles, cannons and multiple rocket launchers, over the last day, Colonel Andriy Lysenko, ATO spokesperson, reported at a press-briefing at Ukraine Crisis Media Center. Nevertheless, pro-Russian militants instigate armed provocation against Ukrainian servicemen. “Shyrokyne and Hranitve, which is located between Mariupol and Volnovakha, were the hotspots of the conflict yesterday. Ukrainian troops repelled the attack of militant forces in Tryokhizbenka,” said the ATO spokesperson. 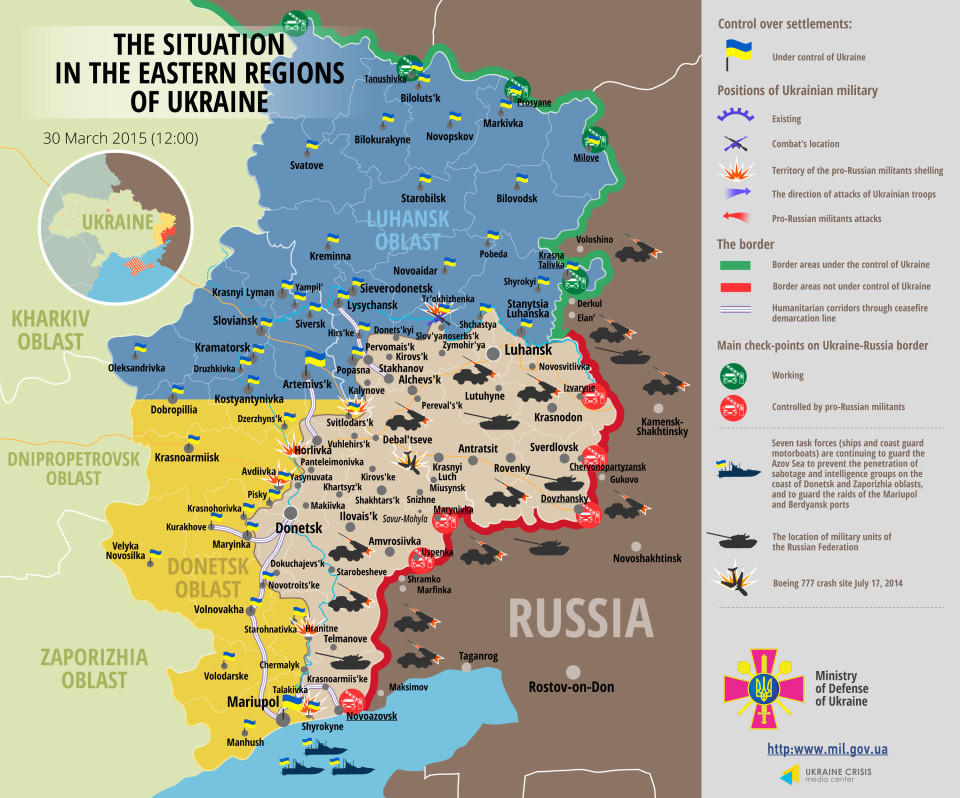 One Ukrainian serviceman was killed in action and three more got wounded in the last 24 hours.

Meanwhile, Ukrainian security services neutralized a member of the pro-Russian “Zoria” group subordinated to the so-called “LPR”. The counter-intelligence found out that the insurgent got paid for attacking the Ukrainian military positions.

During the investigation of Captain Viktor Mandzyk murder on March 21 in Volnovakha, the Ukrainian counter-intelligence detained 11 suspects; a number of illegal arms arsenals have been seized as well. This criminal group led by Dmytro Gordeyev, suspect of committing the murder, was involved in smuggling, armed attacks, kidnapping and torturing people in the Donetsk region for the last few months.