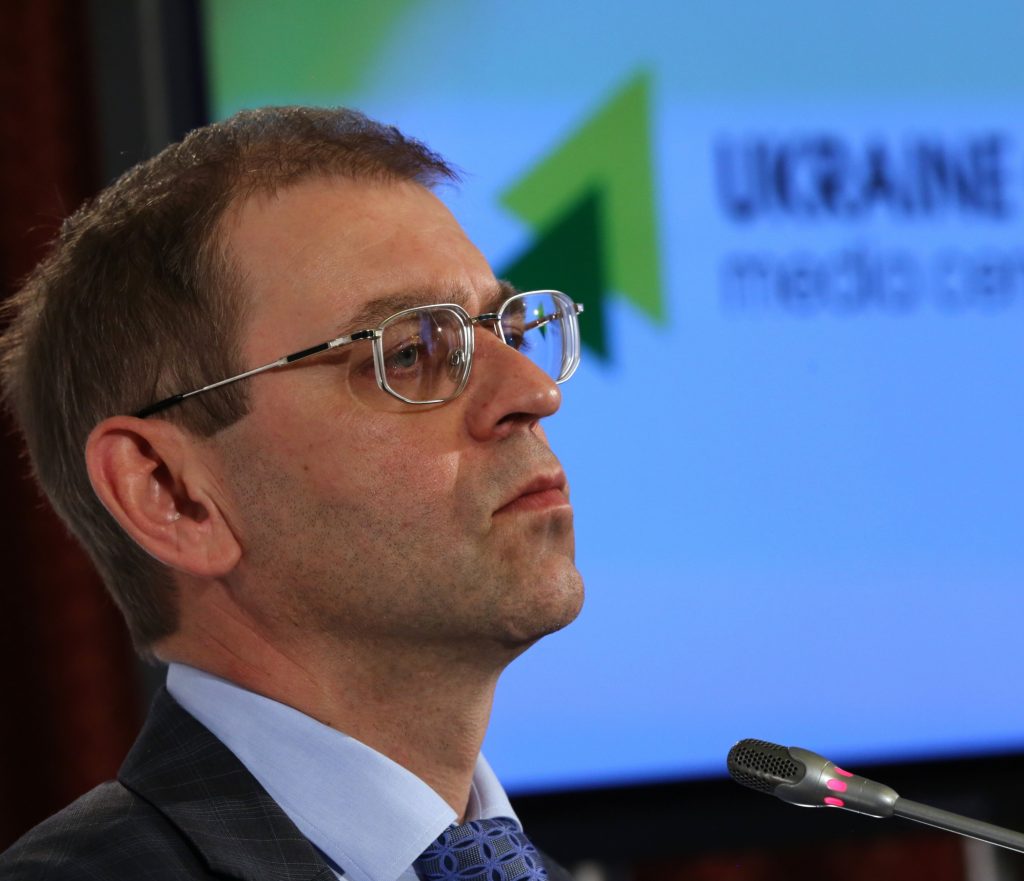 Kyiv, April 25, 2014 – Serhiy Pashynskyi, acting Head of the Presidential Administration of Ukraine, during a press briefing at the Ukrainian Crisis Media Centre informed that today at 12.00 Kyiv time Ukrainian special forces started blocking the town of Sloviansk to seal off the terrorists. According to Mr.Pashynskyi, the purpose of this operation is to bar the reinforcement of insurgents and to prevent civilian casualties.

Serhiy Pashynskyi also reported the confirmed information as of 25.04 that some of the terrorist strongholds in Sloviansk are located in a kindergarten and hospital premises. In his view, this testifies to the fact that “there are classic terrorists acting in the town who hide behind children and women and resort to classical terrorist acts – torturing activists, kidnapping journalists, etc.” Acting Head of the Presidential Administration of Ukraine reminded that there is irrefutable evidence proving that the so-called separatist movement is being coordinated from the Russian Federation.

According to Acting Head of the Presidential Administration of Ukraine, yesterday’s ostentatious deployment of Russian armoured vehicles (from 200 to 400 units according to various estimates) on the border with Ukraine in response to the active phase of Ukraine’s anti-terrorist operation testifies that the terrorists are being officially supported by the Kremlin. “We have witnessed how the state which participates in all international structures including those fighting against terrorism cynically and openly supports terrorists in Eastern Ukraine, – Mr.Pashynskyi stated. – We strongly object the language of power and of ultimatums. The Ukrainian state will continue with the anti-terrorist operation. And we will not allow anyone to interfere in our internal affairs.”

Acting Head of the Presidential Administration of Ukraine emphasised the readiness of Ukrainian authorities to seek compromise with politicians and civil society activists from the East of Ukraine: “We are now negotiating with the activists from Luhansk and Donetsk. Yet we will not engage in any negotiation with terrorists and killers who have blood in their hands. They will all be imprisoned or exterminated.”

Serhiy Pashynskyi noted that if Russian troops crossed the state border of Ukraine, Ukrainian state would deem that a military invasion. “We will protect the integrity of Ukraine arms in hand. I would not advise Mr. Putin to experiment with the lives of his military,” – he said in conclusion.