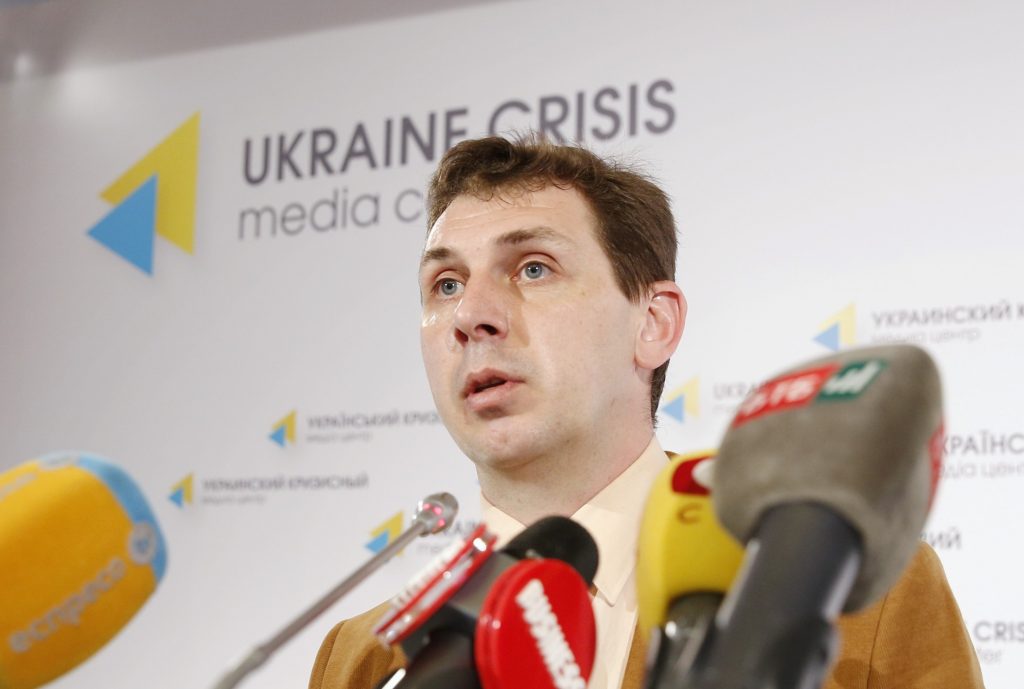 Kyiv, 28 April 2014 – In the majority of Ukraine’s regions presidential elections are proceeding according to the schedule, all necessary procedures are being implemented, the active phase of campaigning has started. Moreover Ukraine’s law enforcement agencies have started preparation to the elections, this time elections carry new threats to citizens’ security and to the election process itself. Such information was presented by Oleksandr Chernenko, Head of Voters Committee of Ukraine, at a press briefing in the Ukraine Crisis Media Center. At the same time he warned that presidential elections may shield various violations in the course of elections to local self-governance bodies scheduled for the same date of 25 May.

Current presidential elections stand out first of all because they are hard to organize in certain areas. As to the lack of transparency and possible violations of law Oleksandr Chernenko is more concerned about local elections. Around 200 local elections will happen simultaneously with presidential ones, 40 of them are elections of city heads, including in such big cities and regional centers as Kyiv, Odessa, Chernivtsi, Kherson, Mykolayiv, Cherkasy and Sumy. “We are already identifying hot spots such as Kyiv not as much in the context of mayor elections but rather due to elections to Kyiv city council by majoritarian voting system in districts. Here bribing of voters, use of local administrative resource is possible when local building-utilities administrator offices (ZhEK) and other organizations financed from state budgets start influencing the voters. There is an issue we already have with Odessa territorial election commission where the city commission in particular considerably violated the drawing procedure when creating district commissions”.

Among main risks in the course of presidential elections campaign and on the elections day in particular the expert named attempts to impede elections in a forceful armed manner, blocking of voting stations, intimidating voters and members of the commission, and called law enforcement agencies to react to these risks in an active and targeted way. “There exists danger, that’s why not only police but the National Guard has to be involved. There will not be many of such voting stations, may be several dozens, but special attention needs to be paid to them. On the elections day security needs to be stepped up and not only at the stations. For example according to the law representatives of the interior ministry have to accompany the ballots. Usually it is done by 2-3 policemen. However today in the view of the risk of having the ballots destroyed their security needs to be reinforced,” said Chernenko.

At the same time preparation of law enforcement agencies is already conducted. According to Mr. Chernenko session of the National Security and Defense Council on safety of elections is preliminary scheduled on 6 May. Government representatives and non-governmental organizations will take part in the session. The Voters Committee of Ukraine has also scheduled 100 training activities for the Interior Ministry: the officers to work at the elections will be trained in groups of 50-100.

“I hope everything will have gone well and on 25 May the elections or their first round will happen. The aggressive minority that seizes buildings cannot impose its will, dictate whether the elections will happen for 35 million of voters, who intend and apparently will come to vote,” summed up Mr. Chernenko.

Oleksandr Chernenko is a staff member of the Voters Committee of Ukraine since 1997, Head of the Committee’s Board since March 2009. Since 1996 has been observing all national and dozens of local elections in Ukraine or monitored them as expert. Is a political observer and editor.