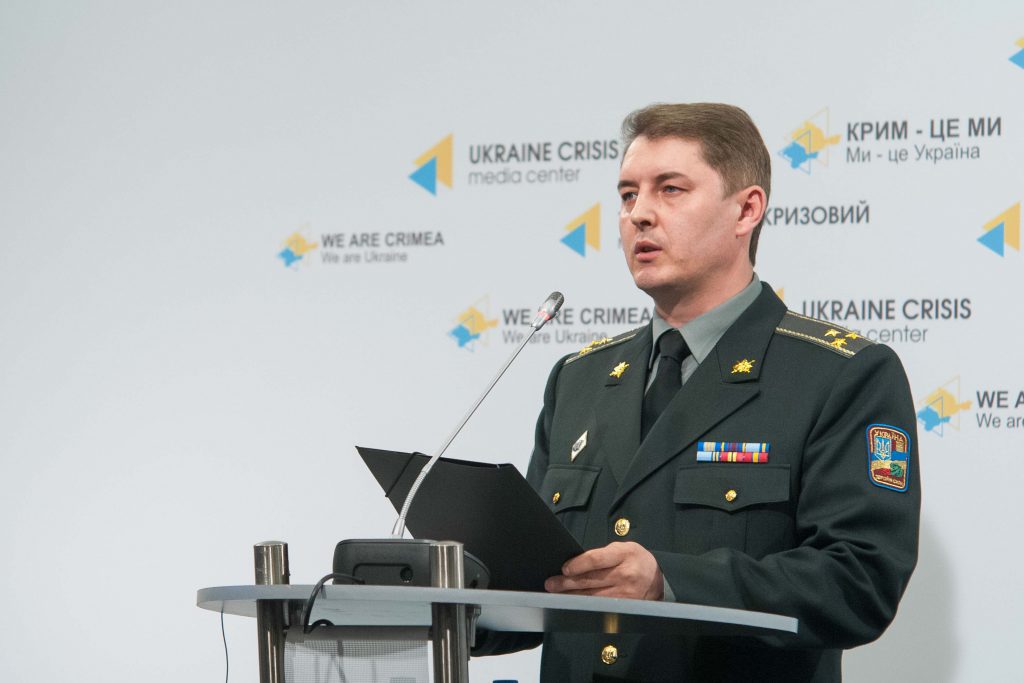 Kyiv, April 13, 2015. One year has passed since the start of the Anti-Terrorist Operation in the East of Ukraine designed to counter military aggression of Russian regulars and Kremlin-backed mercenaries. “Thanks to the Ukrainian troops, military and civic volunteers and all patriots of Ukraine, our nation has emerged more united than ever. Our Army became one of the most formidable forces in Europe,” said Colonel Oleksandr Motuzyanyk, spokesman of the Presidential Administration on the issues connected with ATO, at a briefing at Ukraine Crisis Media Center. 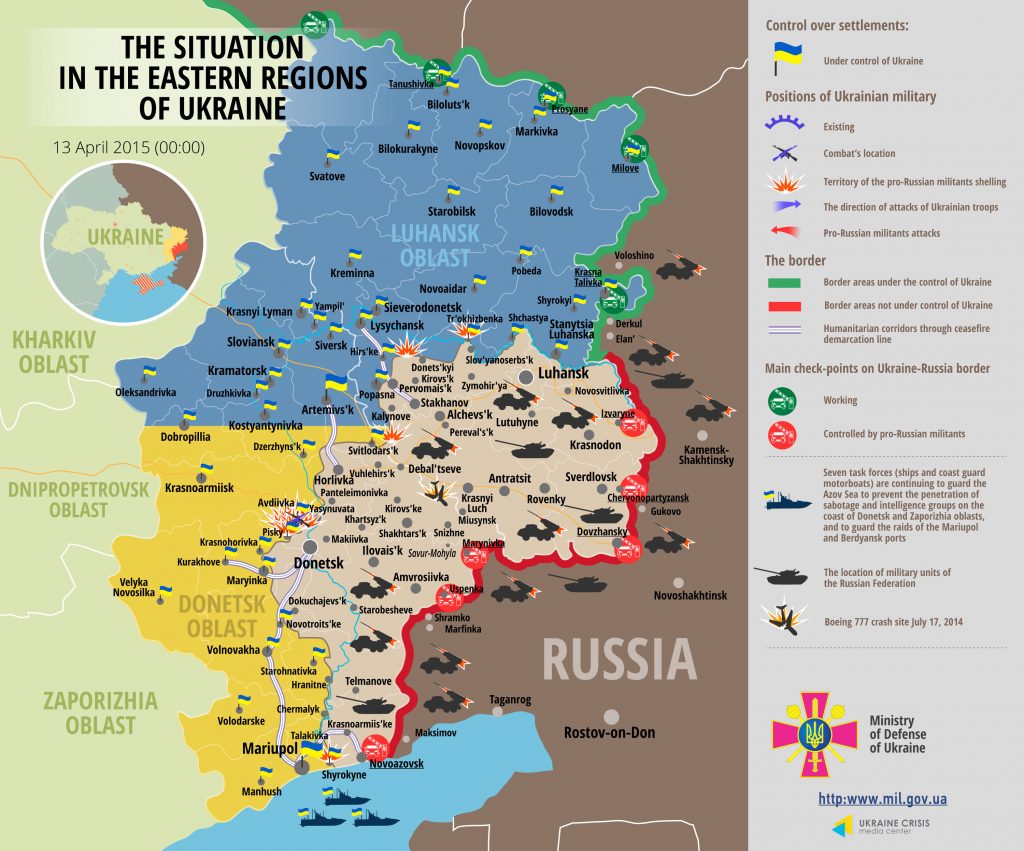 Those towns and villages around the Donetsk airport – Pisky, Opytne, Vodyane, Avdiivka and the Putylivska mine – were the hotspots of the conflict. Ukrainian positions near Novotoshkivske and Tryokhizbenka, Luhansk region, came under enemy fire as well. “Ukrainian Armed Forces clashed with militants near Avdiivka. Our soldiers repelled the enemy’s attempt to advance,” Col. Motuzyanyk noted.

Intensive fighting has resumed in the area of Shyrokyne town close to Mariupol. Militants attacked the National Guard of Ukraine block post eight times using mortars, grenade launchers, small arms and a tank. According to the monitors of the OSCE Special Monitoring Mission located in the area, militant groups launched at least 49 projectiles and used 122-mm artillery to attack Ukrainian military positions. In addition to the blatant violation of ceasefire militants also denied access to the monitors to Shyrokyne. Ambassador Ertugrul Apakan, Chief Monitor of the OSCE SMM, has expressed his deep concern with the security situation in the area. “Ukraine strictly complies with all the provisions of the Minsk agreements. Our forces are allowed to retaliate only in case of a direct threat to the lives of our servicemen,” Col. Motuzyanyk emphasized.

One Ukrainian serviceman was killed in action and six more got wounded in the last 24 hours.

Col. Motuzyanyk reported on another forthcoming invasion of the Russian pseudo-humanitarian convoy into Ukraine. Russian officials announced that the 24th convoy is being arranged. “It is worth noting that the militants significantly increase the intensity of their attacks right after such Russian convoys arrive,” he noted.

The meeting of foreign affairs ministers of Ukraine, Germany, France and Russia is schedule to take place in Berlin today in order to discuss further implementation of the Minsk agreements, as well as a possible deployment of the international peacekeeping mission to Donbas. Didier Reynders, Chairman of the Committee of Ministers of the Council of Europe, stated that Russia’s voting right at PACE will not be restored until it commits to the implementation of the peace plan. He also noted that it is unlikely that PACE position on Russia change by the end of 2015.