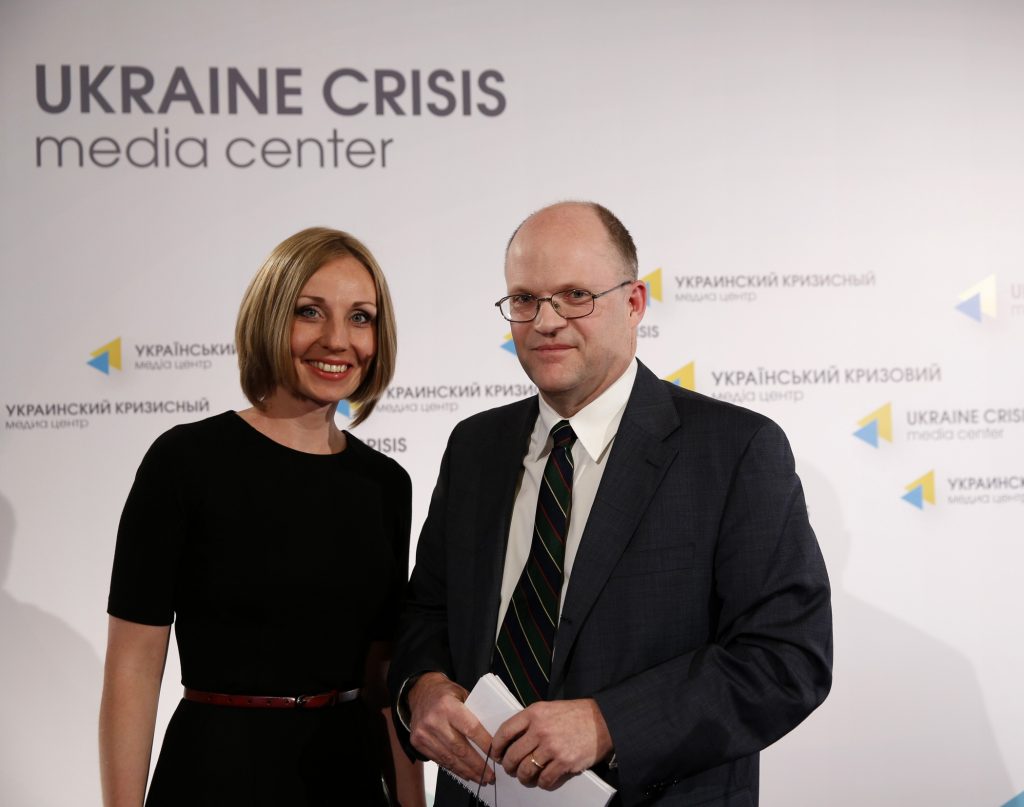 Olha Bosak said, this business initiative has been launched by her, Andrew Bain and others three weeks ago to help facilitate the security of free, independent, and democratic Ukraine and to help the Ukrainian Army keep the Ukrainian borders secure.

According to the speakers, UFF objectives are:
• To raise money to purchase relevant non-lethal equipment directly from manufacturers and deliver it directly to Ukrainian military units that need it;
• UFF initially seeks to raise USD 5 million, followed by a second stage of USD 50 million.

Commenting on the Fund’s activity, Andrew Bain said, UFF coordinates and ensures:
• Needs with democratic advocates among Ukraine’s leadership;
• Lists of items of which the Ukrainian Army units are in short supply;
• Secure and transparent means of collecting money;
• Purchase of items from manufacturers in competitive bids with a focus on price and quality;
• Track distribution.

Providing financial support is possible through PayPal and wiring money to one of the two accounts, being used exclusively for these transactions (provided on the UFF site http://ukrfreedomfund.org/). As Mz. Bosak and Mr. Bain claimed, assurance over the Fund’s activities and financial reporting will be provided by international audit firm PricewaterhouseCoopers, while UFF will keep its financial reporting open for interested supporting parties.