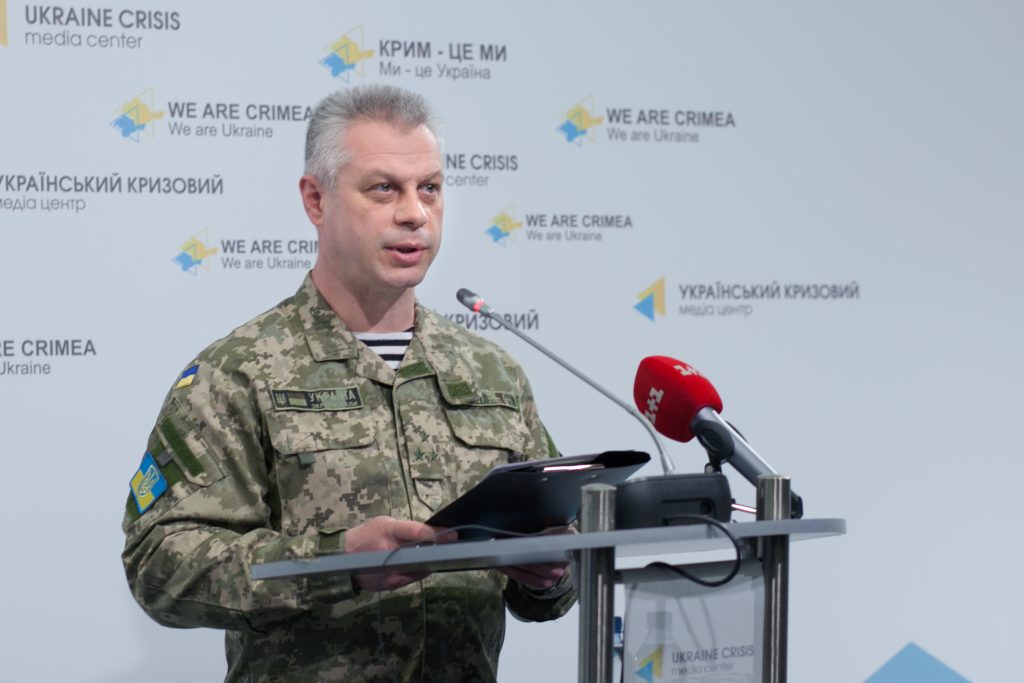 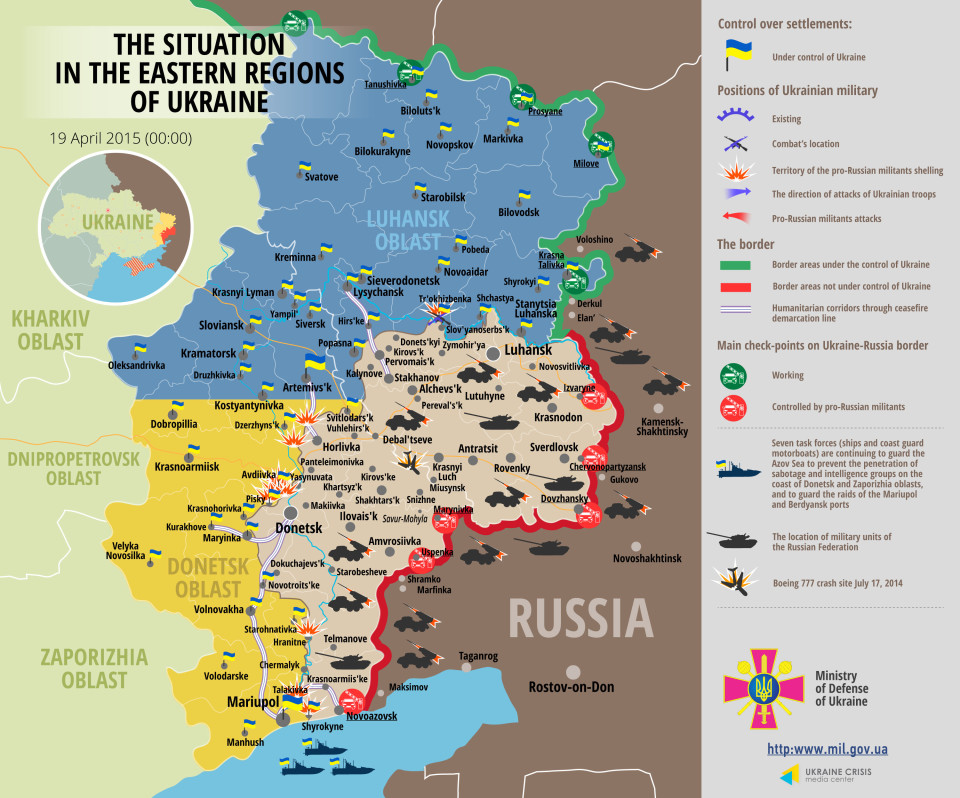 Col. Lysenko reported that Shyrokyne and Talakivka towns in the Mariupol sector; Pisky, Opytne, Avdiivka as well as the outskirts of Horlivka and by Putylivska mine in the Donetsk sector; Tryokhizbenka in the Luhansk sector, were the hotspots of the conflict. “The militants tried to advance at Tryokhizbenka. Ukrainian servicemen fought off the attack and inflicted casualties to the enemy, forcing them to retreat,” Col. Lysenko added.

Russian proxies have also violated ceasefire in the area of Shyrokyne using artillery, mortars and small arms. A group of OSCE monitors were inspecting the town when ceasefire was broken. “Ukrainian authorities together with the OSCE Special Monitoring Mission suggested demilitarizing Shyrokyne, which would include complete ceasefire and withdrawal of weapons. However, militants continue violating international law, demonstrating that they are set for more confrontations,” the ATO spokesperson noted.

Ukrainian Armed Forces did not incur any lethal casualties in the last 24 hours. Four servicemen got wounded, three of them in an engagement near Tryokhizbenka.

Col. Lysenko reported that Ukraine’s Security Service together with the State Fiscal Service detained over 100 railway carriages full of scrap metal and coal, which the militants planned to sell and get money for their activities.

Ukrainian law enforcers confiscated boxes with 7.62 and 5.45 ammunition during a car search in Mariupol. “We remind that the month-long action of voluntary disarmament is underway until 30 April. Those individuals who will give away their illegal weapons voluntarily, will be absolved from criminal liability,” said Andriy Lysenko.

Marie Harf, acting spokesperson for the U.S. Department of State, said that the U.S. is in possession of information that implicated Russia in arms supply, training and coordinating its proxies in eastern Ukraine. “At the same time representatives of a number of diaspora organizations in the U.S. including Ukrainian Congress Committee of America, American Jewish Committee, Armenian Assembly as well as Georgian, Czech, Hungarian and Baltic diasporas sent a letter to the President of the U.S. Barack Obama, urging to provide additional financial assistance to Ukraine and reinforce sanctions against Russia,” Col. Lysenko concluded.