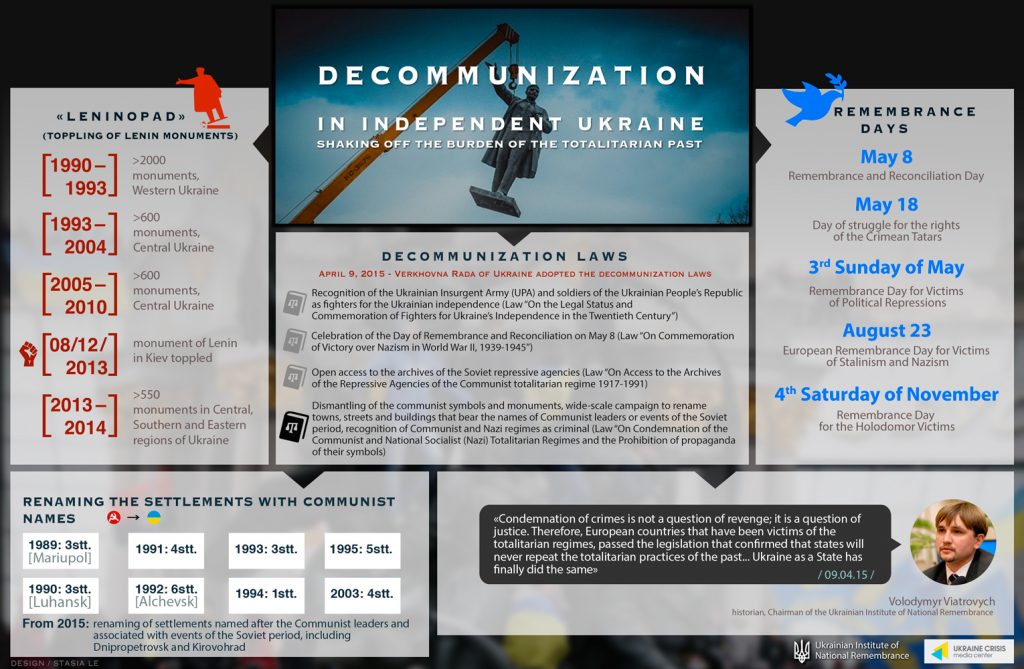 Unlike the Central European states, Ukraine has been trying really hard to shake off its totalitarian past for a long time. The “Decommunization wave” has been moving from the western regions to the eastern parts of the country for the past 23 years of Ukraine’s independence. On April 9, 2015, the Parliament of Ukraine adopted four crucial laws, aiming to bring about this process to its logical conclusion.