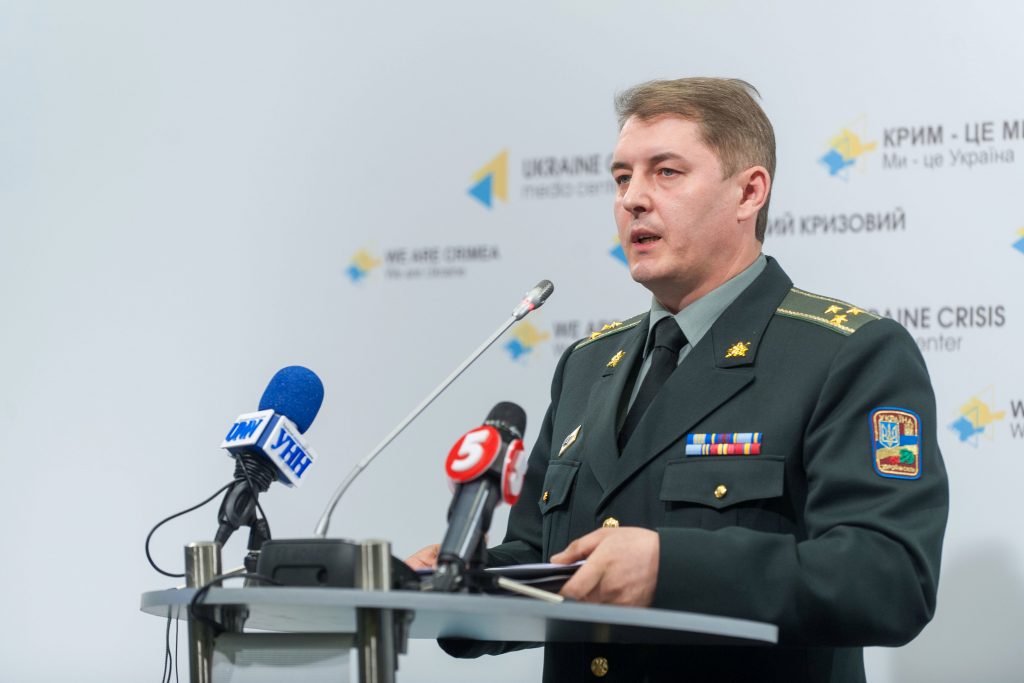 Kyiv, May 2, 2015. Ukrainian troops defend their positions along the frontline and hold pro-Russian militants in check despite numerous provocations. The militants have fired from the 122-mm artillery 5 times and from 120-mm artillery 12 times, stated Col. Oleksandr Motuzyanyk, spokesperson of the Administration of the President of Ukraine on issues connected with ATO, during the press briefing at Ukraine Crisis Media Center. 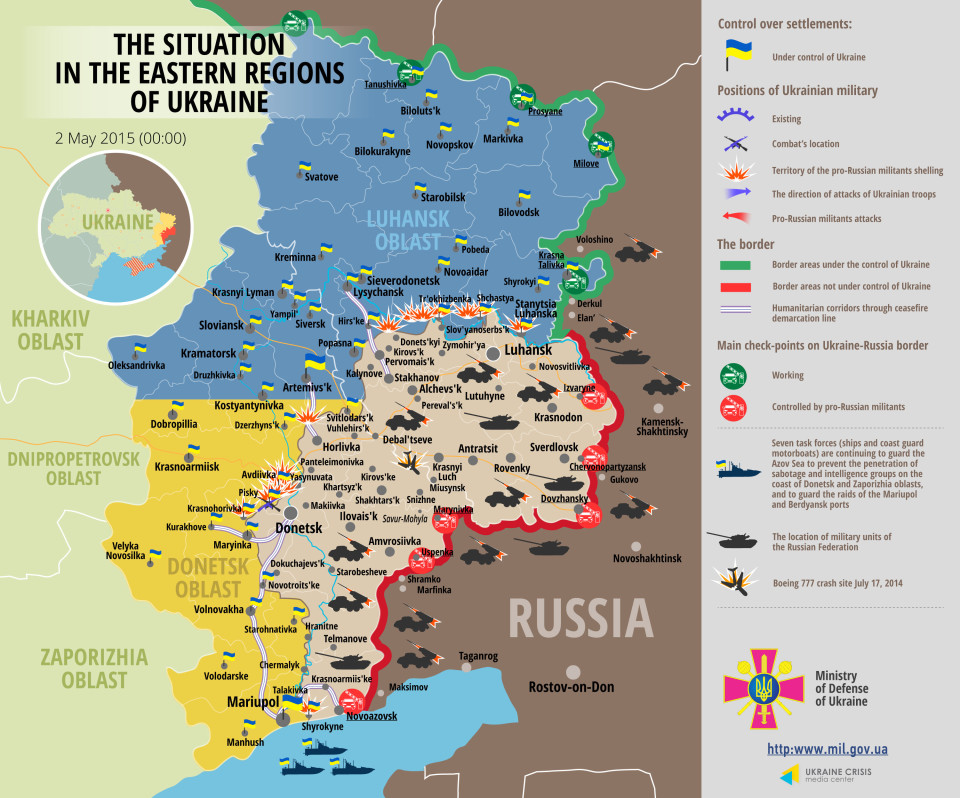 Ukrainian Armed Forces did not incur any lethal casualties, eight servicemen got wounded in action in the last 24 hours.

The only hotspot in the Mariupol sector was the village of Shyrokyne. Ukrainian servicemen were forced to retaliate in order to hold militant provocations. Col. Motuzyanyk emphasized the demilitarization of Shyrokyne is going to be implemented only after complete ceasefire, which currently is not observed.

Russia-backed militants committed a series of large-scale provocations in the Donetsk sector – from Kamyanka to Krasnohorivka. Situation near Horlivka, on the other hand, has stabilized. Only isolated attacks took place close to Mayorsk.

In the Luhansk sector, Ukrainian troops fought off attacks in the area of Shchastya and Stanytsia Luhanska.

Col. Motuzyanyk reported on the progress of Fearless Guardian war games that involve the U.S. military instructors. Soldiers of the National Guard of Ukraine undergo a series of trainings. 30 Ukrainian military instructors take part as well in order to train more soldiers once the war games will be over.

Meanwhile, Ukraine’s Security Services confiscated propaganda materials of the so-called «Donetsk People’s Republic» by Novotroyitske, Donetsk region, in the car which was heading to Mariupol.

Col. Motuzyanyk concluded with information about new trasmitters that will help broadcast Ukrainian TV channels, as well as to jam Russian propaganda, in Sloviansk, Kramatorsk and Artemivsk.