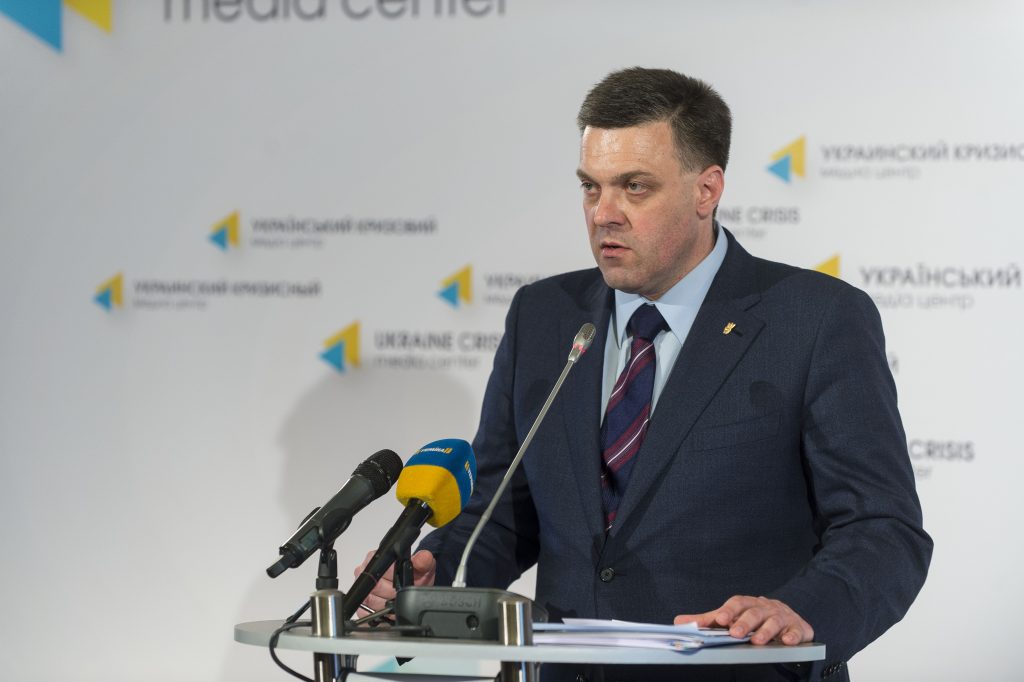 Kyiv, May, 6th, 2014 – Oleh Tyahnybok, MP, head of All-Ukrainian Union Svoboda, during a briefing at the Ukraine Crisis Media center told about the results of a closed session of the Verkhovna Rada.

According to Mr. Tyahnybok, after the session opening Rada voted by the majority in favor of excluding the Communist Party deputies from the meeting because of the anticonstitutional and anti-state statements and calls.

The main subject of the meeting was conducting an anti-terrorist operation and stabilization of the situation in Eastern Ukraine. The MPs have adopted a number of documents that, in particular, secure:
• Further mobilization of the population. “Those volunteers that have already served 45 days, may return home, while new ones must substitute them, – Oleh Tyahnybok said. – Also, chiefs of the anti-terrorist operation note a high level of morality and readiness to act particularly among the volunteers”.
• Status of combatants for those taking part in the ATO, including respective social privileges and guaranties.
• Allocation of additional funds from the state budget for purchasing fuel and lubrication materials for the Armed Forces of Ukraine.

“Separately, I shall note that a law which was supported by MPs today by a vote. It allows Acting Prosecutor General of Ukraine to remove the deputies immunity for the investigation and prosecution of criminal charges”, Mr. Tyagnybok said. According to him, the Prosecutor General has prepared respective appeals for a number of MPs, including the deputy head of the Party of Regions faction Oleh Tsariov. He also said, Prosecutor General’s Office of Ukraine might file appeals to deprive several other deputies of the immunity: “I can’t list the names, but their number ranges from 5 to 20”.

Also, Oleh Tyahnybok said that the initiative to hold a survey of the population on May 25th did not get enough votes. Svoboda party did not participate in the vote. “I believe that a referendum or poll at gunpoint as it was in the Crimea is stupid”, the Deputy noted.
Summarizing, Oleh Tyahnybok said at today’s meeting the political authorities and power block were given a carte blanche for the fastest accomplishment of the ATO and clean up the state.

Oleh Tyahnybok is a Member of the Ukrainian Parliament, member of the Parliamentary Committee for Informatization and Information Technology, leader of the All-Ukrainian Union “Svoboda”.