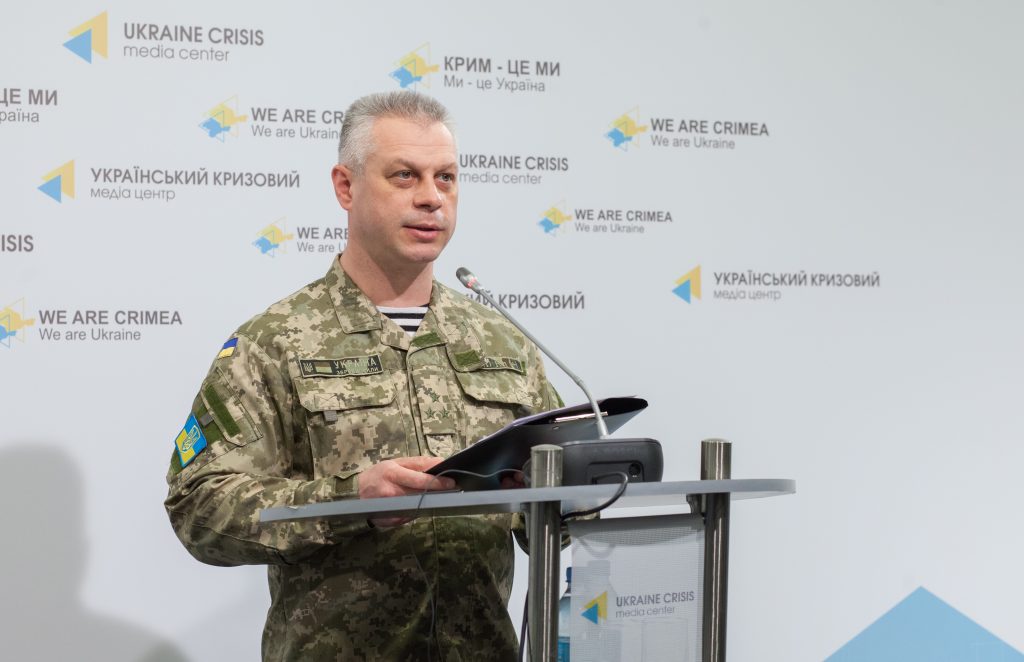 Kyiv, May 9, 2015. Pro-Russian militant groups have instigated a number of armed provocations, while escalating the use of heavy weapons on some areas of the frontline. Two civilians were killed in the area of Artemivsk and one near Dzerzhynsk –both in Donetsk region – as a result of militant attacks, stated Colonel Andriy Lysenko, spokesman of the Administration of the President of Ukraine on ATO related issues, during the press briefing at Ukraine Crisis Media Center. 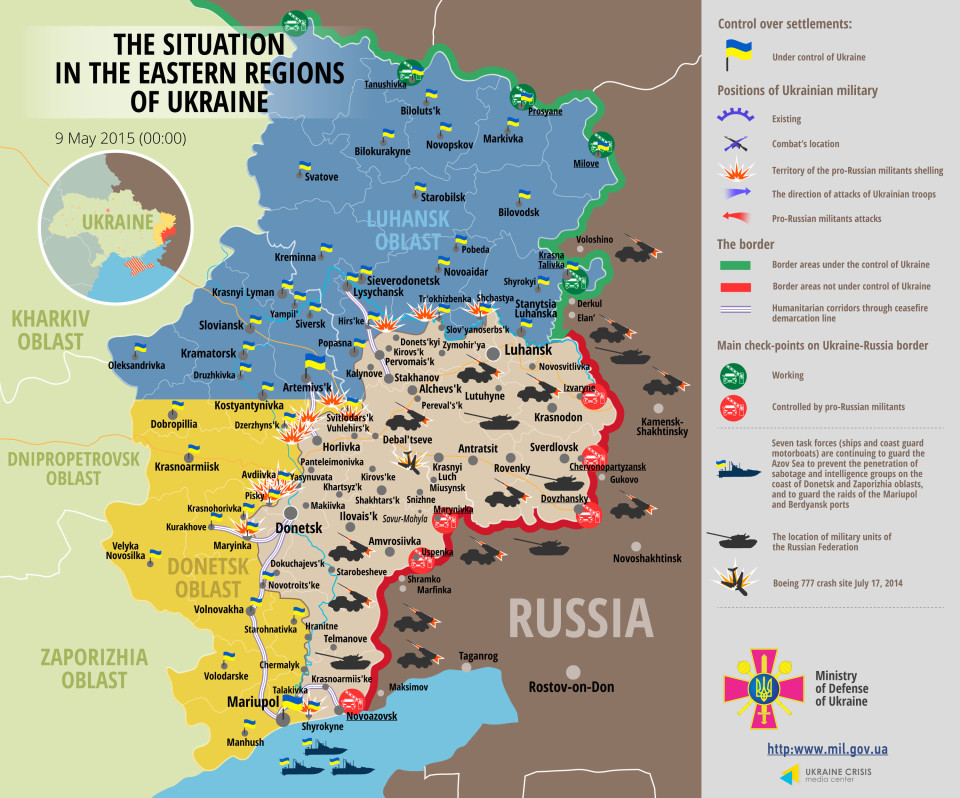 Russia-backed militants have fired from 120mm mortars 20 times, four times from the 122mm artillery and tanks and one more from a more powerful 152mm artillery piece over the last day.

Col. Lysenko noted of the decrease of armed incidents in the area of Shyrokyne village in the Mariupol sector. Militants used a tank, small arms and mortars of less than 100mm caliber there.

Areas around the Donetsk airport – Pisky, Vodyane and Avdiivka – as well as towns on the outskirts of Horlivka, such as Leninske, Mayorsk and Novhorodske, were the hotspots of the conflict. “Ukrainian servicemen observed that militants used a tank, as well as shelled our positions close to Lozove from the artillery,” he said.

In the Luhansk sector, militants have focused their fire on the Ukrainian military positions near Shchastya and Novotoshkivske. They also fired from the 152mm artillery by Sokilnyky.

Ukrainian Armed Forces did not incur any lethal casualties; four servicemen got wounded in action in the last 24 hours.

Col. Lysenko reported that the Government of Ukraine has issued certificates for free apartments for the families of soldiers of the National Guard of Ukraine who have been killed or wounded during the Anti-Terrorist Operation. Seven of those flats are located in the Kyiv region and one more in the Kherson region.