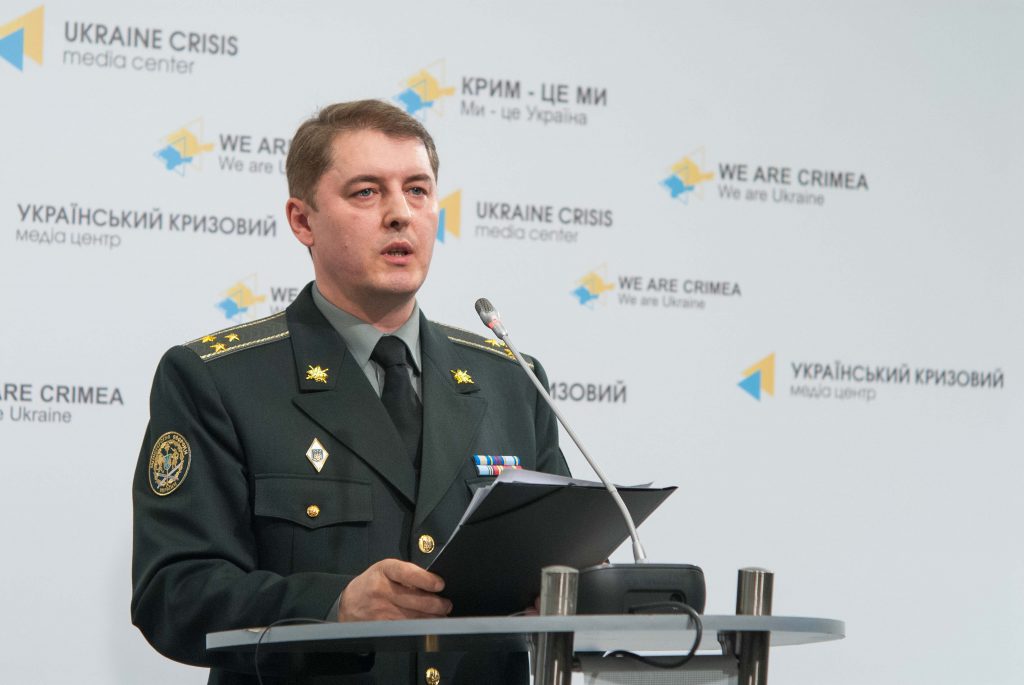 Kyiv, May 10, 2015. Ukraine’s Security Service prevented a series of terrorist acts in Kharkiv and Sumy regions as well as in Dnipropetrovsk, said Colonel Oleksandr Motuzyanyk, spokesman of the Administration of the President of Ukraine ATO related issues, at the press briefing at Ukraine Crisis Media Center. “Ukrainian operatives detained one of the leaders of the “Kharkiv partisans” pro-Russian militant group. A set of combat grenades and an explosive has been seized in his apartment. He planned to use to organize terrorist attacks in Kharkiv on May 9-10,” Col. Motuzyanyk noted. In the Sumy region, the security service detained a local resident, confiscating an RGD-5 grenade and propaganda leaflets that called to create a so-called “Sumy People’s Republic” and join Russia. In Dnipropetrovsk, Ukraine’s Security Service seized RGD-5 grenades, a rifle, smoke grenades, signal flares, ammunition and a bayonet during one of the search missions. 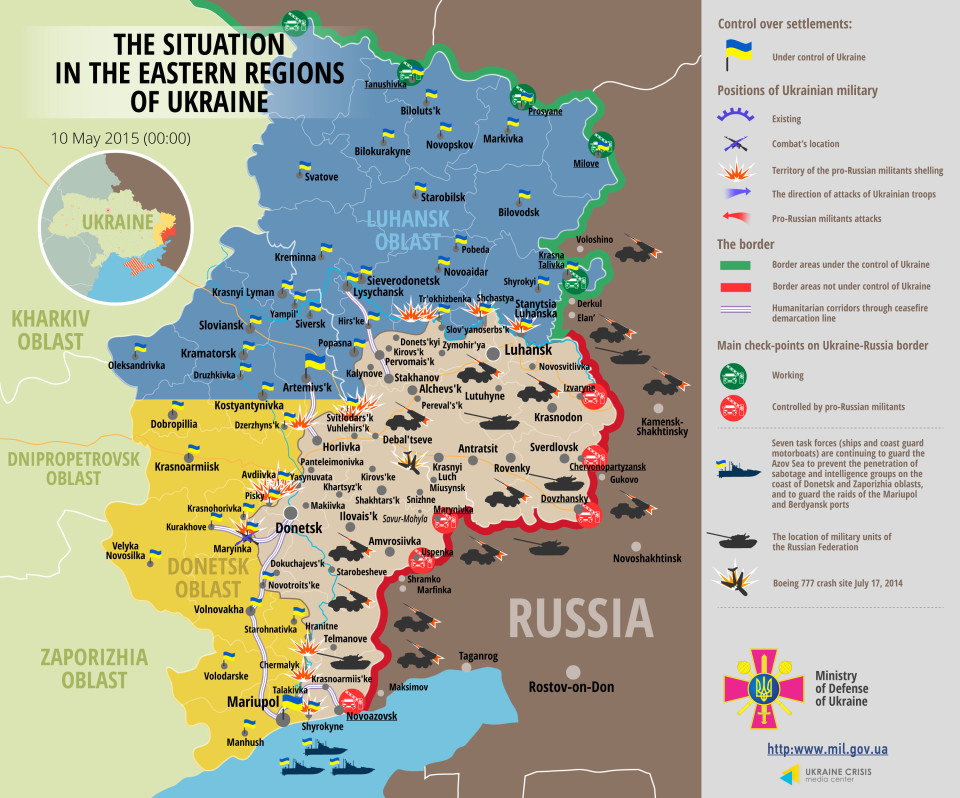 According to Colonel Oleksandr Motuzyanyk, most cases of ceasefire violations in the Donetsk sector occur in the airport area – from Maryinka to Avdiivka as well as in Svitlodarsk area. On the other hand, Mykolayivka, Shyrokyne and Pavlopil were the hotspots of the conflict in the Mariupol sector. In the Luhansk sector, militants focused their fire on the Ukrainian military positions close to Sokilnyky, Krymske and Zolote villages, as well as those near Stanytsia Luhanska and Shchastya.

Ukrainian servicemen spotted 15 flights of enemy UAVs and eight Russian Mi-8 helicopters in the ATO zone over the last day.

Ukrainian Armed Forces did not incur any lethal casualties; four servicemen were wounded in action in the last 24 hours.

Ukrainian Armed Forces are actively participating in the events marking the 70th anniversary of Victory over the Nazi Germany. Meanwhile, pro-Russian militants move their forces closer to the frontline combat line: convoys of heavy military equipment moved along the streets of Donetsk and Luhansk as well as several other occupied cities close to the frontline yesterday. Ukrainian intelligence reports that the “DPR” insurgents have initiated regular document checks of the persons IDs to verify their local registration.

According to Col. Motuzyanyk, President of Ukraine Petro Poroshenko decreed to award with the Defender of the Motherland Medal to 3,181 Ukrainian soldiers, 239 servicemen of the State Border Guard Service and to 44 security service officers injured in the course of ATO.