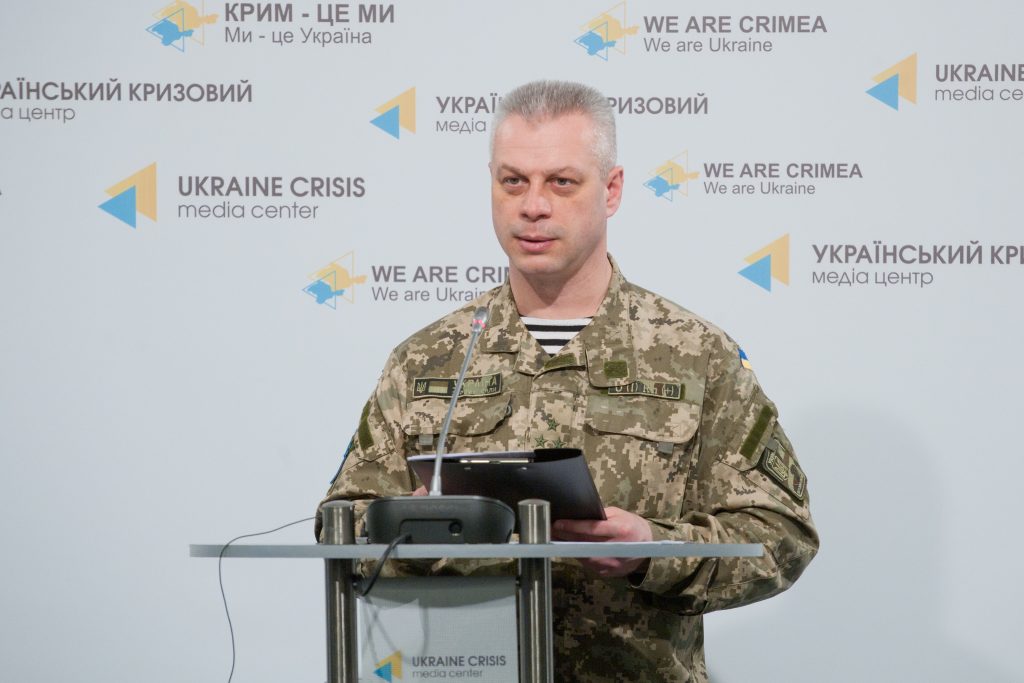 Kyiv, May 17, 2015. Ukrainian border guards engaged in combat with a pro-Russian subversive near the village of Herasymivka village, Luhansk region. Colonel Andriy Lysenko, spokesman of the Administration of the President of Ukraine on ATO related issues, said that the Ukrainian servicemen noted an unidentified person close to the state border. “Ukrainian servicemen discovered a group of four persons wearing camouflage cloaks who have opened fire. The subversives were forced to retreat back to the territory of the Russian Federation,” Col. Lysenko said. 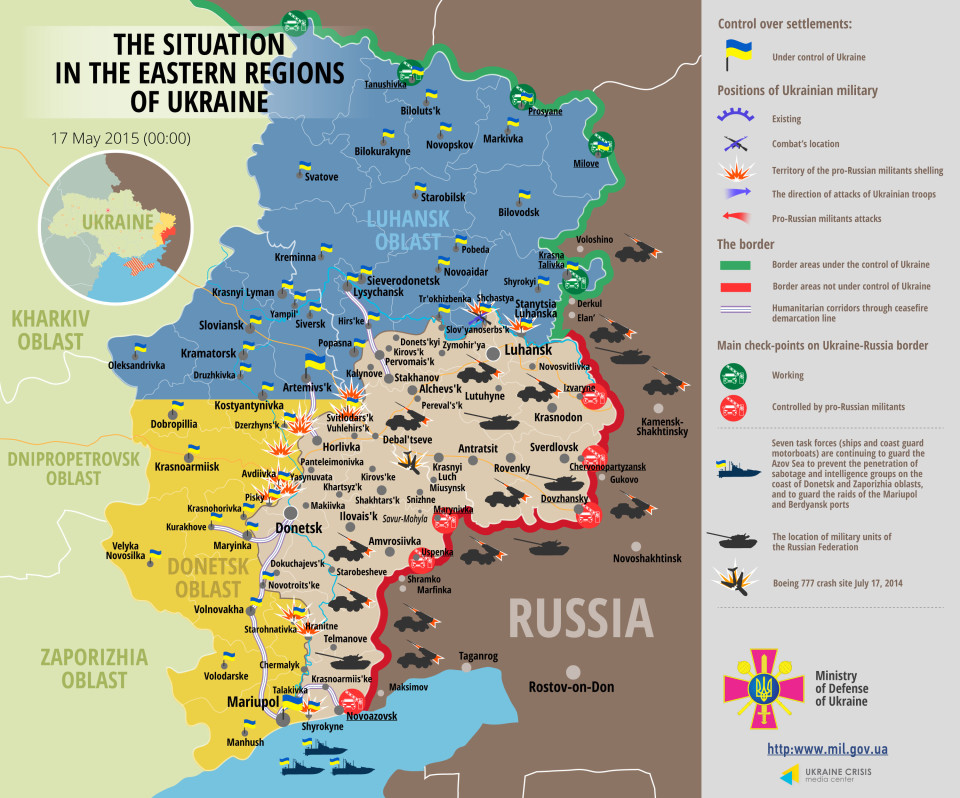 Fighting continued in the areas of Hranitne village and Horlivka, Donetsk region. Other hotspots of the conflict included Stanytsia Luhanska and Shchastya in the Luhansk region. The situation has somewhat stabilized in the Mariupol sector, de-escalation is also observed in Donetsk airport area.

Three Ukrainian servicemen were killed in action and 17 got wounded in the last 24 hours. Ukrainian forces incurred these losses as a result of mortar shelling outside of Lozove village in Donetsk region.

Russia-backed militants shelled a residential sector in Luhansk region at night on May 16. According to the ATO spokesman, militants fired five times from SPG-9 grenade launcher. “After an expertise of shell craters, Ukrainian policemen concluded that the projectiles were launched from the area of Molodizhne village near Pervomaysk,” Col. Lysenko noted. No one got injured as a result of the shelling.