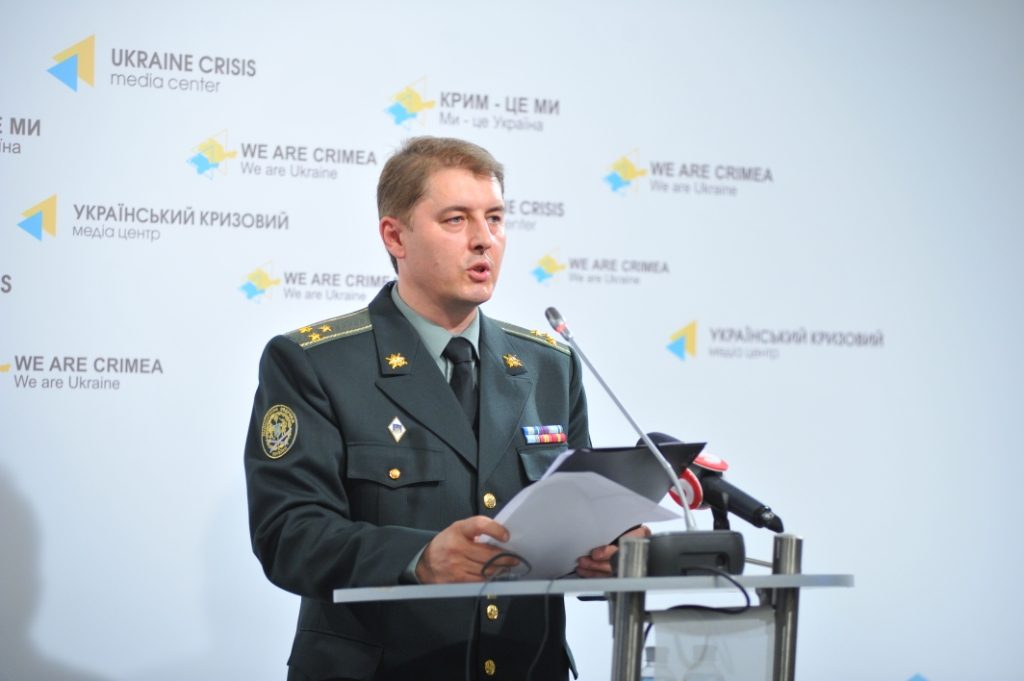 Kyiv, May 24, 2015. Ukrainian Armed Forces did not incur any lethal over the last day, while the number of ceasefire violations has decreased, said Colonel Oleksandr Motuzyanyk, spokesman of the Administration of the President of Ukraine on ATO related issues at the press briefing at Ukraine Crisis Media Center. “However, Russia-backed militants keep using heavy weapons against Ukrainian servicemen. They have twice fired at the Ukrainian military positions from a tank, eight times from 120-mm mortars and six times from 122-mm artillery. Militants also used anti-aircraft guns, grenade launchers, small arms and IFVs,” Col. Motozyanyk added. 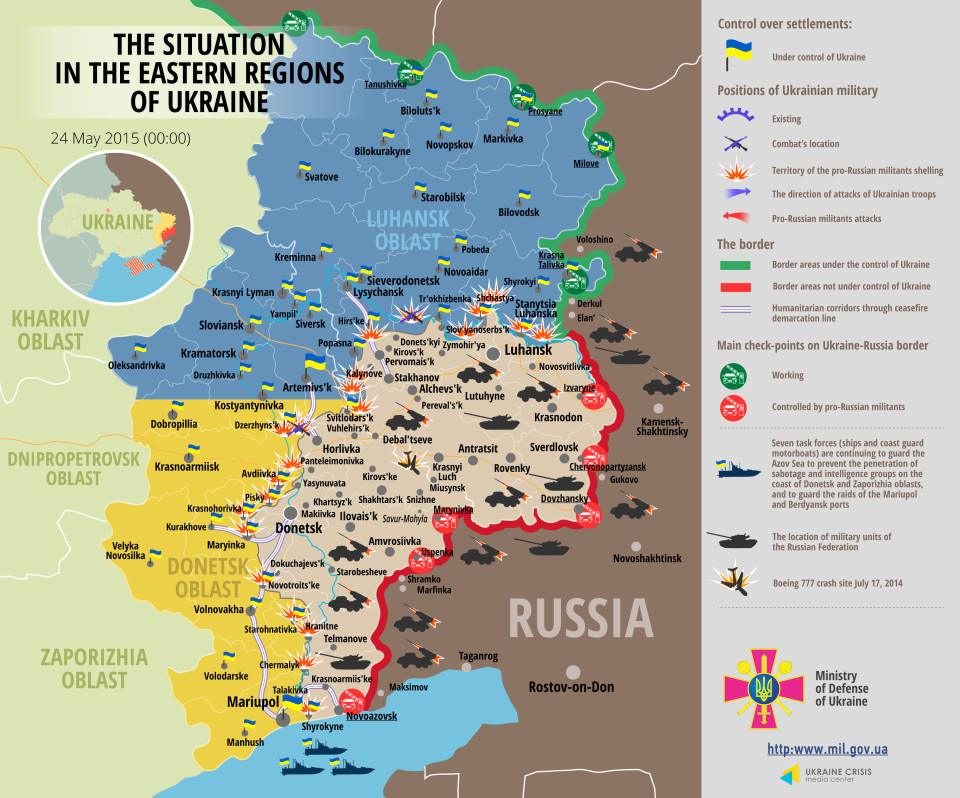 In the Donetsk sector, most fighting was focused in the areas of Horlivka, Donetsk airport and Starohnativka. Militants used an anti-aircraft gun to fire at the Ukrainian forces based near Leninske and Dzerzhynsk. In the Luhansk sector, pro-Russian fighters fired at the Ukrainian military observation point near Krymske village and made an attempt to storm it but to no avail. In the Mariupol sector, five ceasefire violations took place near Shyrokyne.

Five Ukrainian servicemen were wounded in action in the last 24 hours.

Ukrainian border guards spotted 32 flights of enemy UAVs in Luhansk and Donetsk regions. One UAV was detected in the area pertinent to Berdyanske between the Kherson region and Russia-occupied Crimea.

According to ATO spokesman, an unknown subversive group ambushed militant leader of the so-called “LPR” Oleksiy Mosgovoy. His vehicle was blasted with explosive device and fired upon with machine guns. “As per preliminary information, Oleksiy Mosgovoy was killed on the spot. At least two of his bodyguards and his press secretary were killed in the attack too. It is not the first time when militant leaders fighting for the so-called “Novorossiya” get killed as a result of skirmishes within militant ranks who struggle for areas of influence,” Col. Motuzyanyk said.

Meanwhile, Khemelnytsky region district court sentenced a “DPR” militant to ten years in prison. Last summer the militant was trained to conduct reconnaissance and subversive activities and became a gunner at the reconnaissance unit led by a Russian military officer.