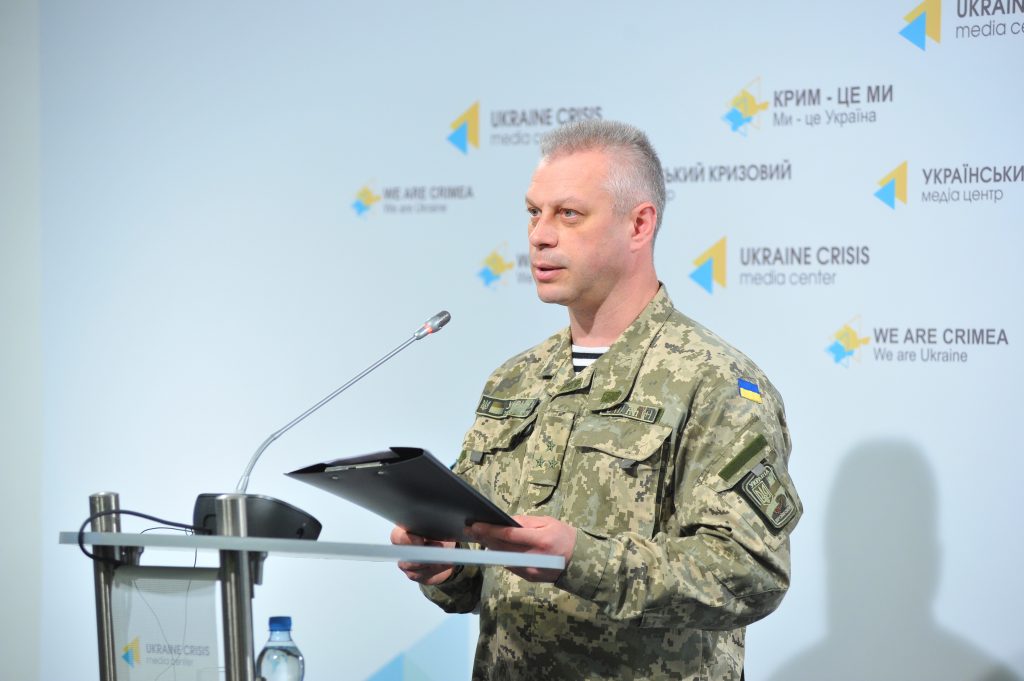 Kyiv, June 1, 2015. Pro-Russian militants have launched a series of massive mortar and artillery attacks on the Ukrainian military positions in Pisky and Opytne, Donetsk region. They have also used small arms to attack positions by the city of Zolote, Luhansk region. “Civilians are staying at these block posts together with soldiers. Such armed provocations are yet another proof of ceasefire violations on the militants’ part,” noted Colonel Andriy Lysenko, spokesman of the Administration of the President of Ukraine on ATO related issues, at the press briefing at Ukraine Crisis Media Center. 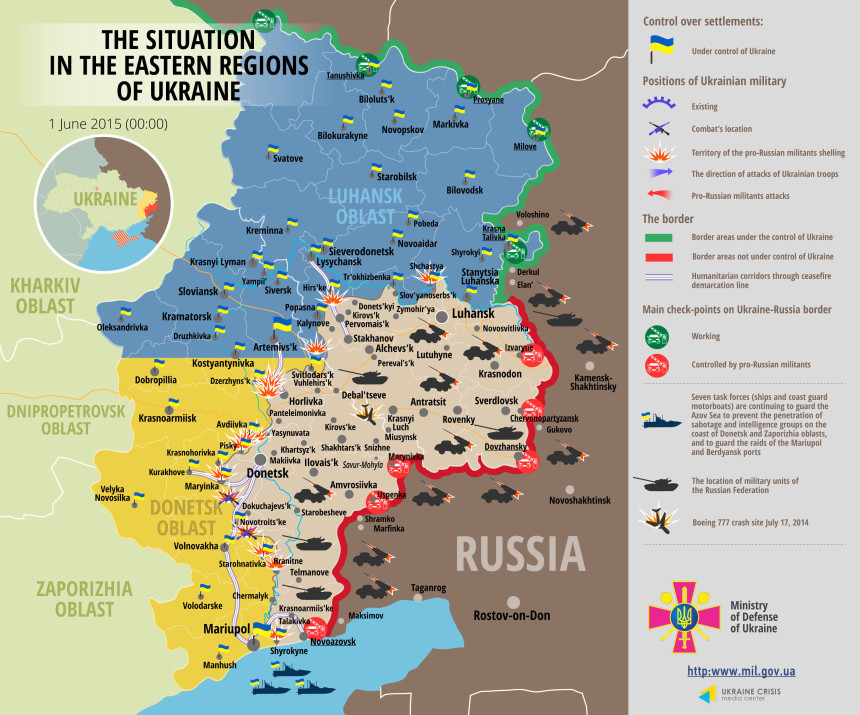 Militants fired from heavy weapons in the outskirts of Horlivka, namely in Kirove and in the area of Svitlodarsk. Two combat engagements between Ukrainian servicemen and militant subversive reconnaissance groups took place in the city of Slavne.

In the Mariupol sector, fighting continued in Shyrokyne. Militants shelled the Ukrainian troops from mortars and 122-mm cannons.

No incidents of heavy arms use were registered in the Luhansk sector. “Ceasefire regime was holding in the area of Bakhmutska road and Stanytsia Luhanska,” Col. Andriy Lysenko added.

Three Ukrainian servicemen were killed in action and four got wounded in the last 24 hours. “Two our servicemen were taken captive in fighting outside Maryinka. Ukrainian authorities put their utmost efforts to detect their location and liberate them from militant captivity,” Col. Lysenko said.