Kyiv, June 2, 2015. Russia-backed militants fire at Ukrainian troops from heavy weapons along the entire frontline, said Leonyd Matyukhin, ATO Staff spokesman, at the press briefing at Ukraine Crisis Media Center. “The enemy shelled Pisky, Butovka mine, Maryinka, Opytne and Vodyane in the Donetsk sector from heavy mortars and the artillery. 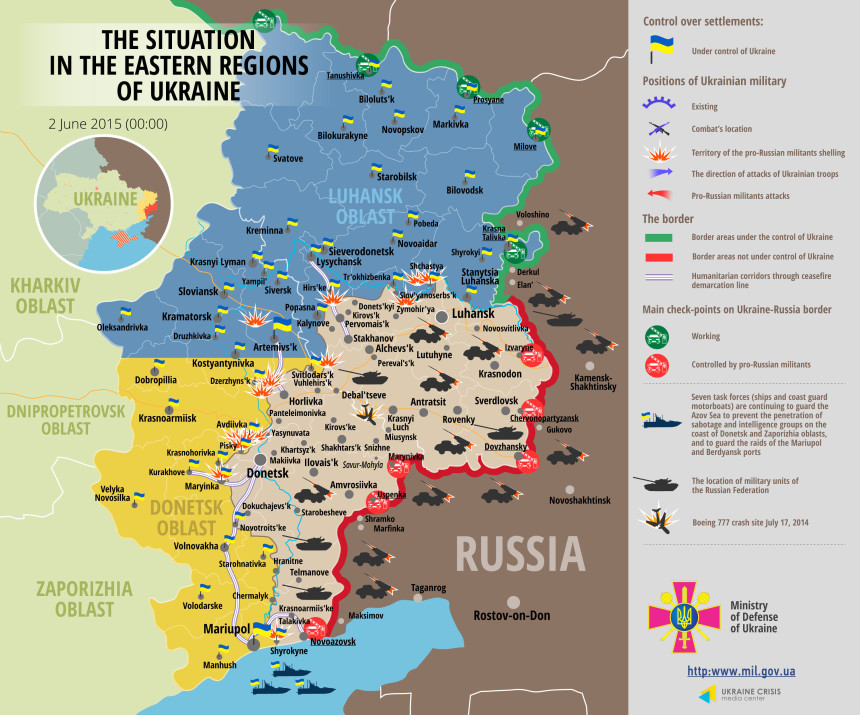 In the Mariupol sector, militants were firing at Shyrokyne. Also, there were only isolated armed provocations in the Luhansk sector near Shchastya and Zolote-4.