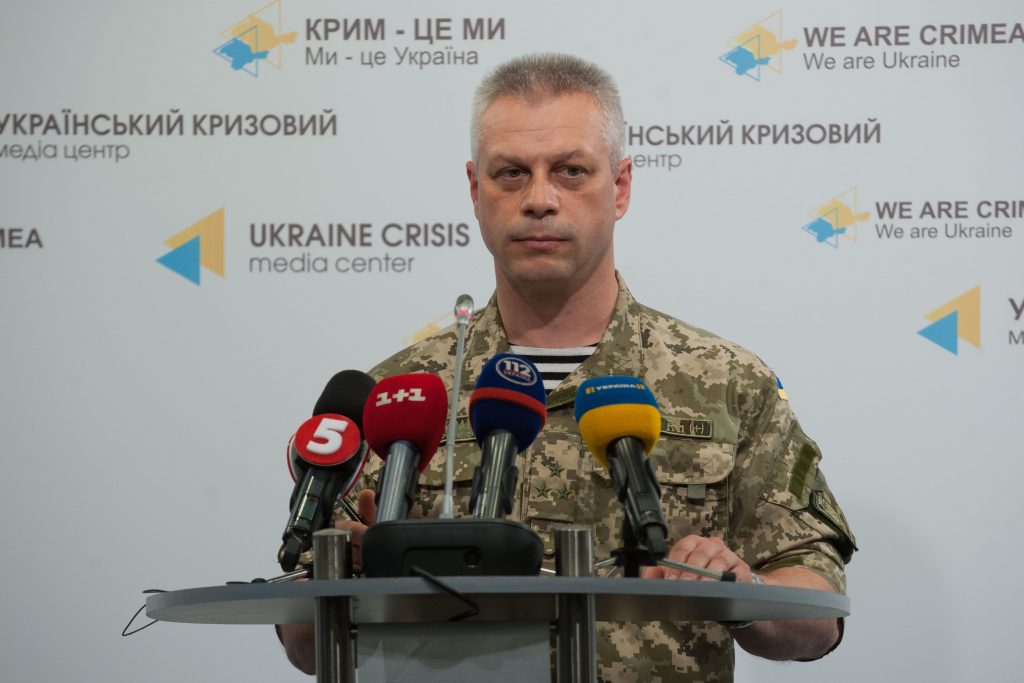 Kyiv, June 6, 2015. Russia-backed militants in eastern Ukraine have captured a soldier of the 28th Mechanized Brigade of Ukrainian Armed Forces Roman Mashchenko who made a series of announcements regarding the fighting near Maryinka on June 3-4, which reiterated messages of the Russian media. Col. Andriy Lysenko, spokesman of the Administration of the President of Ukraine on ATO related issues, told at a press briefing at Ukraine Crisis Media Center that Mashchenko was talking “under extreme duress and threats of being tortured”. 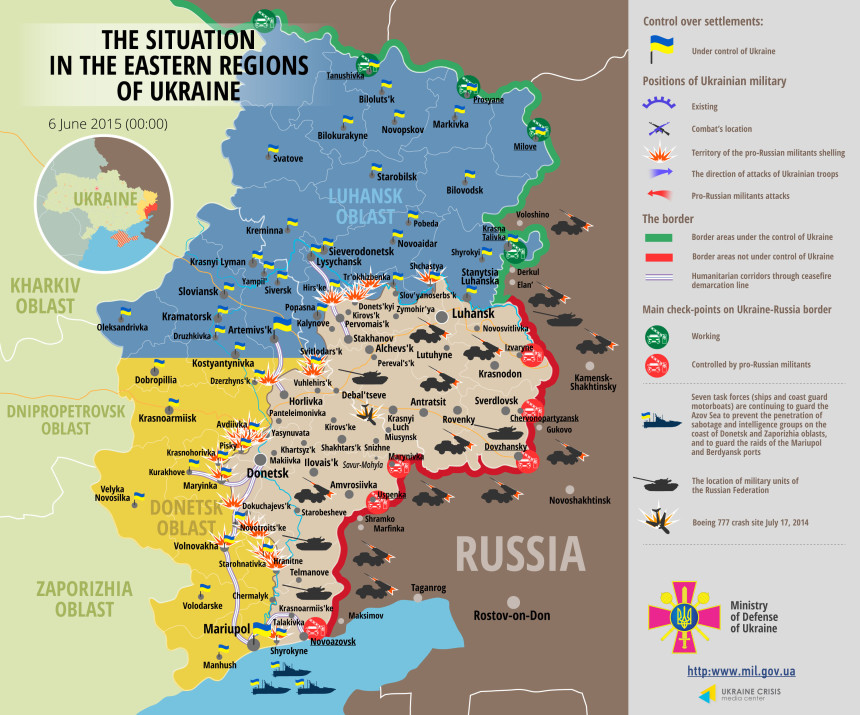 Col. Lysenko emphasized that torturing hostages is explicitly prohibited by Geneva Conventions: “Ukraine urges the opposing side to provide all appropriate medical help to Roman Mashchenko, as well as ensure access of the representatives of the OSCE Special Monitoring Mission”.

Col. Lysenko also reported that Ukrainian troops detained 13 enemy subversives – one Russian citizen among them – during the clearing of Maryinka. Meanwhile, new evidence of the Russian presence in eastern Ukraine has been demonstrated in Kramatorsk: a “Shmel” flame thrower used only in the Armed Forces of the Russian Federation, Russian military meal set, elements of military gear and medical kit.

Pro-Russian militants have intensified the use of heavy weapons along the entire frontline. Ukrainian military positions in Shyrokyne have been shelled from the artillery. In the Donetsk sector, Pisky, Opytne, Krasnohorovka, Lozove and Butovka mine have come under fire. “The enemy used armored vehicles and fired from the Grad multiple rocket launchers three times in the area of Hranitne, Starohnativka and Luhanske village respectively,” Col. Lysenko noted. Furthermore, Ukrainian border guards fought off militant attacks by “Maryinka” and “Berezove” block posts.

In the Luhansk sector, Russia-backed militants used 120-mm mortars to shell Shchastya, Donetsky and Zhelobok, as well as anti-aircraft guns against Ukrainian troops stationed near Zolote and Krymske.

One Ukrainian serviceman was killed in action and ten more got wounded in the last 24 hours.