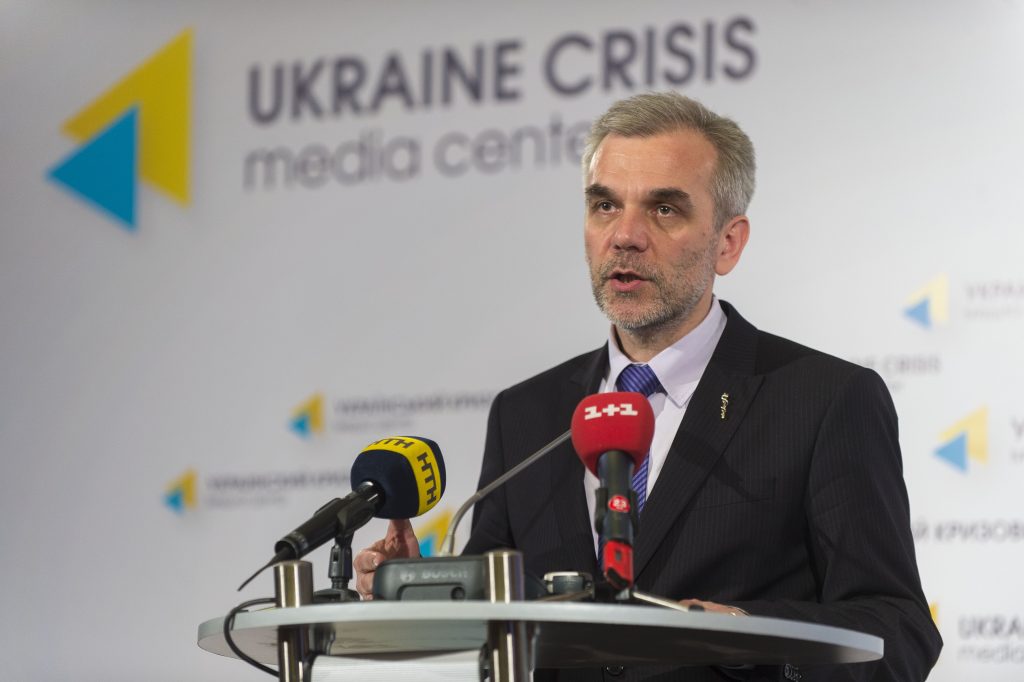 Kyiv, May 14th 2014 – Speaking at a press briefing at the Ukraine Crisis Media Center, Minister of Health care of Ukraine, Oleh Musiy has reported on the first results of his Ministry for 2,5 months of the new government and pointed out the changes to be held ​​in health care system in the framework of the government program “100 days – 100 steps”. At the heart of the new system – transparent tender purchases, referral prices, alteration of health care system management and withdrawal of the pseudo-Bologna staff training system.

Mr. Musiy reported that by the end of this week the Ministry of Health care of Ukraine would have submitted for the approval of the central executive authorities and the Ministry of Justice the appropriate bylaw of Cabinet of Ministers of Ukraine concerning the concept of building a new health care system, the first priority of which will be the preventative component. “It is from the economic point of view the most advantageous, from a human point of view – the best thing, and that, in fact, will be the new paradigm of creating a culture of healthy way of living in Ukraine, where the common citizen of Ukraine will be our priority,” – said the Minister.

The change of public health care system management is also stipulated by the strategy, and it means the transfer of administrative functions from the Ministry to the professional bodies (medical authorities, nursing and pharmacists) and all market participants’ transition to self-governance. The changes will also affect staff training system which is offered by the Ministry of Health care to be transferred to rezentura (3 levels of practice for graduates of medical schools) corresponding to 6-9 years of practice after graduation.

Commenting on the principle of drugs pricing, the Minister said that the proposed system of reference pricing would provide the opportunity to set the limits on the drugs’ prices on the basis of their comparison with the prices of the same drugs in 5 countries neighboring Ukraine. To combat corruption the Ministry also intends to move to electronic public trading. An integral part of the new system will introduce a compulsory health insurance system.

Ministry of Health care will offer a step by step detailed action plan for the implementation of this concept. According to Mr. Musiy it may be approved at the beginning of September this year, and then presented to a wide public debate and experts. The Ministry has recently held over 20 meetings with the representatives of international organizations, embassies, major donors and international NGOs, and has received positive evaluation of the proposed initiatives. The Minister will shortly visit the Directorate-General for Health and Consumers of the European Commission, where the talks on adapting Ukrainian health conditions with EU requirements will be held.

Oleg Musiy reminded people on the possibility to contact him directly by means of the box of trust, the key to which the only person holds, reception desk leading people daily, and the hotline. “After Maidan we need to build our relationship differently and rebuild first of all ourselves”, – said the Minister.