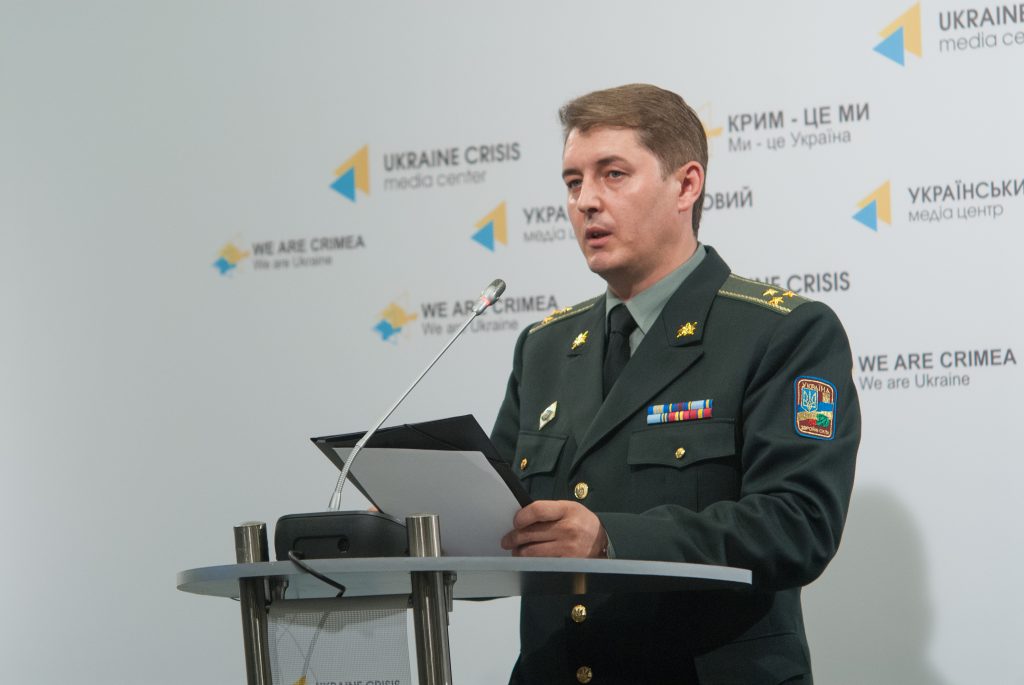 Kyiv, June 14, 2015. Russia-backed militants has increased the number of ceasefire violations over the last day. “Militant groups used 120-mm mortars 32 times, 122-mm and 152-mm artillery 10 times and fired from tanks 11 times. “Grad-P” system has been used twice in the Luhansk region,” said Colonel Oleksandr Motuzyanyk, spokesman of the Administration of the President of Ukraine on ATO related issues, at the press briefing at Ukraine Crisis Media Center. 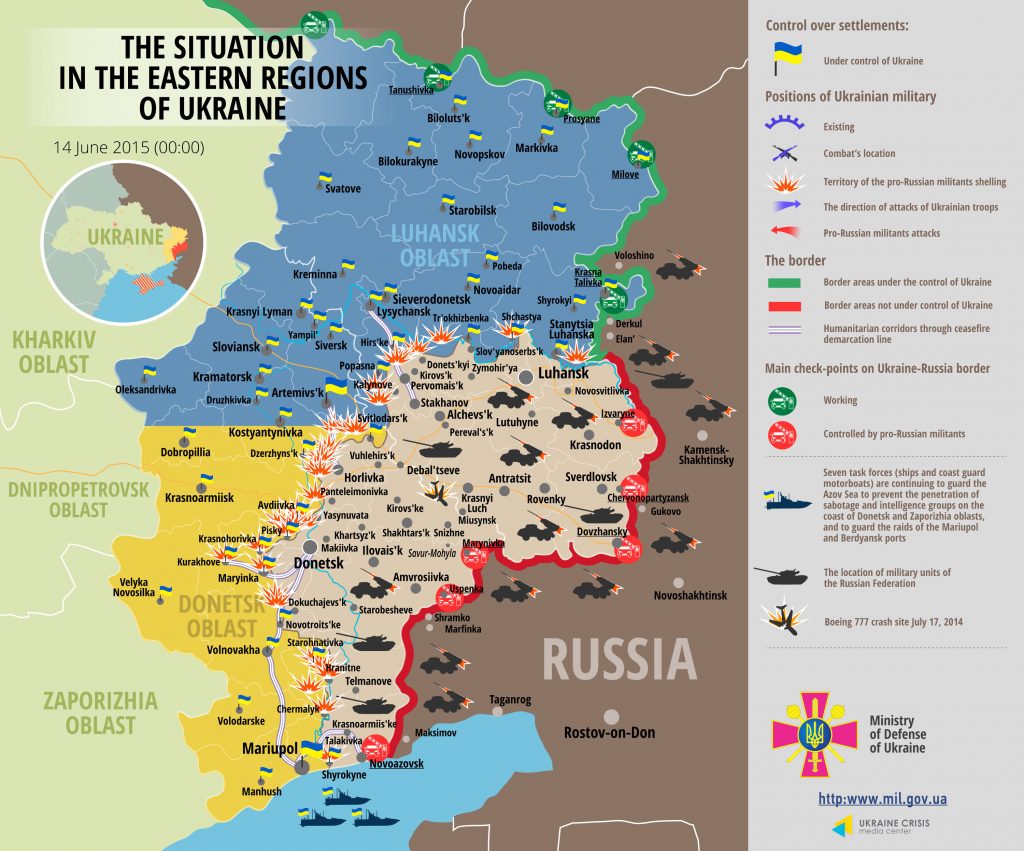 Novotoshkivske, Zolote, Bolotene, Krymske and Shchastya have been hotspots of the conflict in the Luhansk sector.

Most ceasefire violations occurred in the Donetsk sector, namely in the Donetsk airport area, western outskirts of Horlivka as well as near Maryinka and Hranitne. Ukrainian troops engaged in combat with militants by the town Verkhnyotoretske.

In the Mariupol sector, the two-day ceasefire around Shyrokyne has been broken by the combined Russian and militant forces who conducted nine attacks at the city as well as fired at the Ukrainian military positions in Chermalyk and Novoselivka.

One Ukrainian serviceman was killed in action in the last day and 21 more got wounded in action.

Colonel Motuzyanyk emphasized that Russian proxies fired at the residential districts close to the combat line: “Towns near the Donetsk airport – Opytne and Vodyane – came under fire six times of combined Russian and insurgent troops that used the artillery, tanks and IFVs. On June 11 and 12, militants were deliberately shelling Avdiivka from tanks and heavy artillery. Two civilians got injured as a result, while houses were damaged in different districts of the city.”

Col. Motuzyanyk also reported of the deteriorating situation on the occupied territories: “Leaders of the so-called “LPR” issued an ultimatum to the miners on strike: get back to work with no salary or get forcefully signed up to militant groups. At the same time, the leader of the so-called “LPR” Plotnytsky issued a secret order ruling to stop providing miners with coal for their private household needs.”

Ukraine’s Security Service detained a “DPR” informer in Avdiivka who was collecting information on location and movements of Ukrainian troops. A 28-year-old man was recruited by a member of the so-called “DPR intelligence” with nom-de-guerre “Smith”. Furthermore, the security service in collaboration with Ukraine’s Fiscal Service blocked illegal fuel supply channel from the occupied territories – a gas station in Bilovodsk town, Luhansk region. The station was operating with no permission documents selling oil products, which were brought illegally from the occupied territories. A share of revenues was passed to militant leaders who controlled this illegal business; 7 tons of diesel fuel were seized.