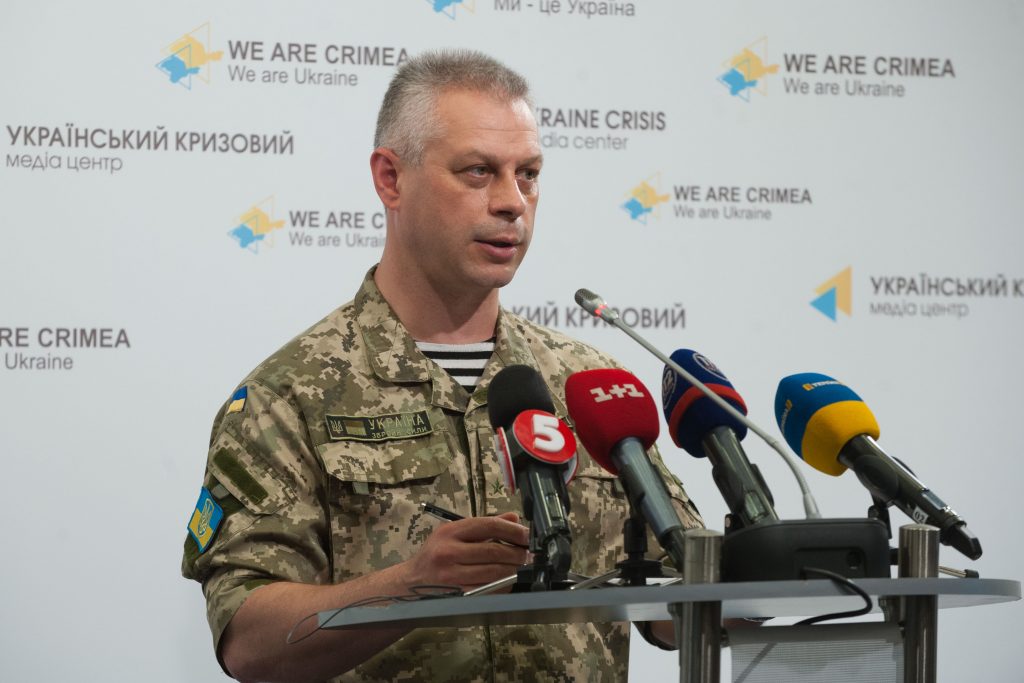 Kyiv, June 20, 2015. Joint Control and Coordination Center reported that at around 4:50 a.m. Russia-backed militants shelled Popasna, Luhansk region, from Grad multiple rocket launchers. “The town was attacked from two directions – Pervomaysk and Klynove towns; 20 rockets were fired from each location, several ones hit a block of flats having ruined two apartments. Fortunately, there were no casualties, Ukrainian servicemen quickly helped the locals,” said Colonel Andriy Lysenko, spokesman of the Administration of the President of Ukraine on ATO related issues, at the press briefing at Ukraine Crisis Media Center. 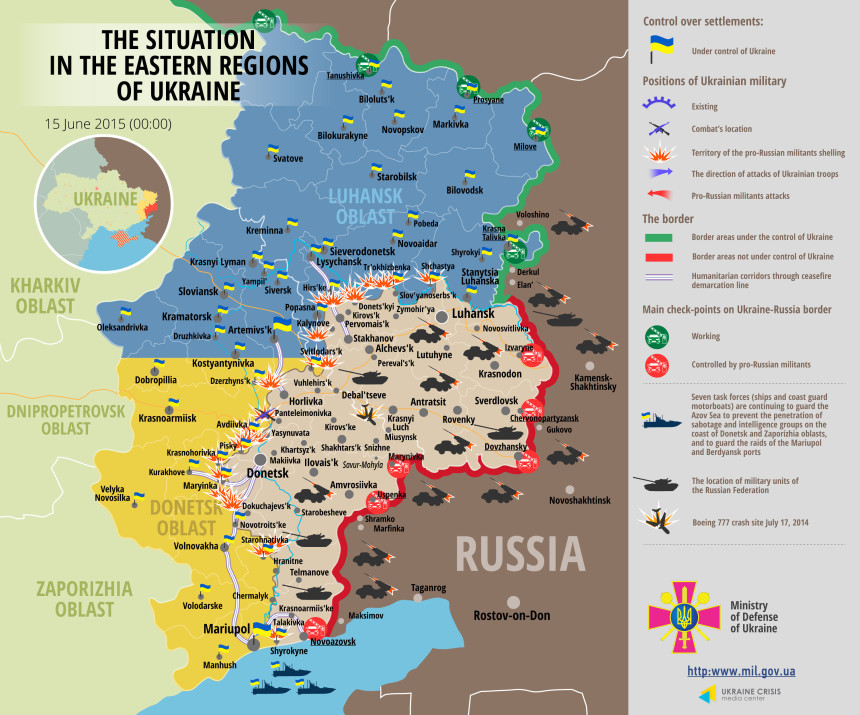 In the Luhansk sector, militants intensified their activities in the area of Sokilnyky and Zolote, using a wide array of weapons including 120-mm mortars, 122-mm and 152-mm artillery. Fierce fighting also took place near Lopaskine and Shchastya.

In the Mariupol sector, the number of ceasefire violations has decreased. Militants fired at Ukrainian military positions from automatic grenade launchers and small arms near Shyrokyne as well as there was a combat engagement near the town of Lebedynske.

Most tense situation has been observed in the Donetsk sector. “Militants are still trying to advance deep into government-controlled territory near Maryinka; two combat engagements took place in the area. Militants are actively using heavy weapons such as 120-mm mortars and 122-mm artillery as well as armored vehicles,” said Andriy Lysenko. Seven incidents when pro-Russian fighters fired from battle tanks were observed near the towns of Berezove, Avdiivka and Opytne. Militants also targeted Novhorodske from 120-mm mortars and 122-mm artillery.

Ukrainian Armed Forces did not incur any lethal casualties; seven servicemen got wounded in action in the last 24 hours.

Residents of militant-controlled Donetsk took part in an anti-war rally yesterday, demanding the end of war and to stop using peaceful civilians as a “human shield” for the militants. In response militants reinforced repressive measures, threatening those who participate in protests.

Ukraine’s Security Service detained an aide to the leader of the “Revolutionary Communists” terrorist group in Odesa. The leader of the anti-Ukrainian movement himself is currently hiding in the militant-controlled Torez, Donetsk region. The operatives seized ammunition for grenade launcher and anti-Ukrainian propaganda materials during the search of his flat.