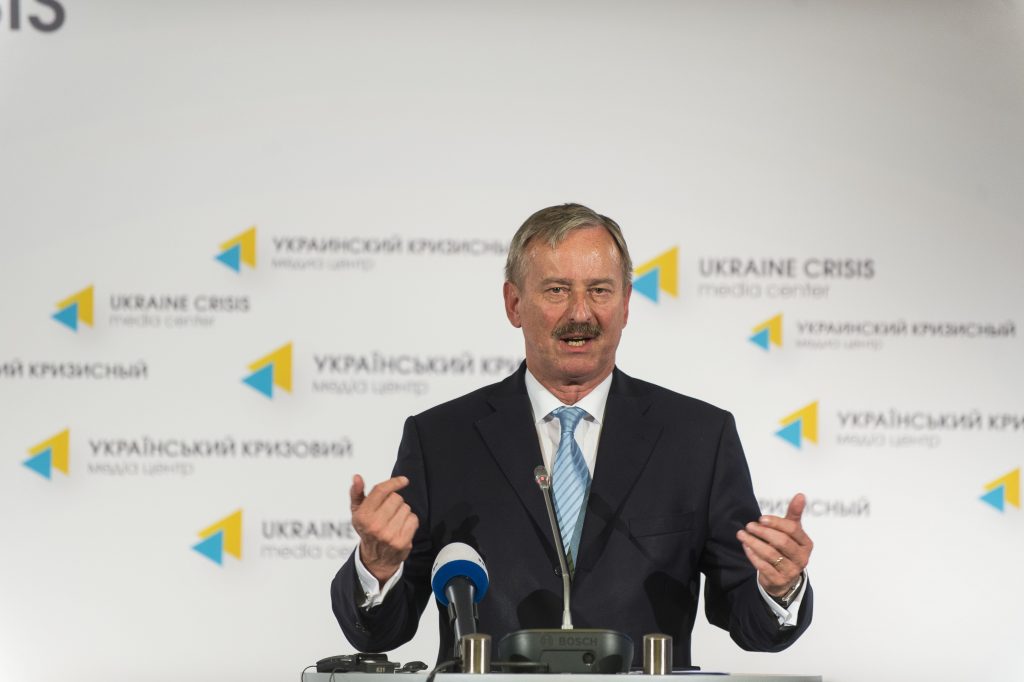 Kyiv, May,20th, 2014 – Siim Kallas, Vice-President of the European Commission, Commissioner for Transport, during the press briefing in Ukrainian Crisis media Center said: “The European Union has committed itself to help Ukraine. The EU allocates the first 100 million euro of macro-financial assistance to Ukraine”.

Mr. Kallas said that Ukraine will be provided a long-term low-interest loan of $ 1.6 billion: “This amount will cover the immediate financial needs of the country. We explicitly determine which budget items will cost, but the general idea is to support the government to reform the economy. Hopefully, the assistance will be provided by the end of this year”. He also added that later the EU will provide Ukraine with another 500 million euro.

Also Mr. Kallas said: “We are cooperating with the Government of Ukraine in the framework of the implementation of reforms, primarily in the financial and legal sectors. The main purpose is to create a foundation for sustainable development of the Ukrainian economy. Subsequently Kyiv will also be given a grant of 250 million euro for maintaining the budget, which will encourage the government to be more accountable and push on socio-economic development”.

Mr. Kallas said that economic reforms are always problematic because they often cause social disturbance: “But structural changes in the economy are necessary. For example, Estonia was among the first to receive aid from Europe in the 1990s and is now one of the most stable economies in the EU. We believe that Ukraine will soon become a member of the family of European countries”.