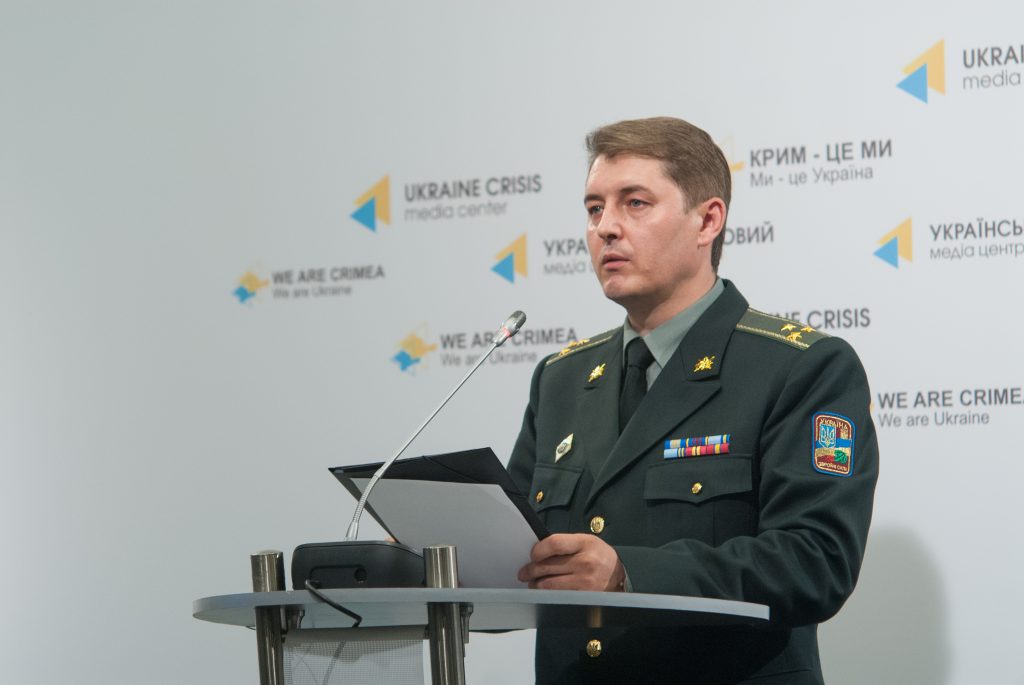 Kyiv, July 5, 2015. Russia-backed militants carried on breaking the ceasefire, but the intensity of armed provocations has notably decreased. Militants used 120mm mortars 11 times and 122mm howitzers three times in the last 24 hours. However, Ukrainian troops observed the increased activity of militant subversive groups on the demarcation line and in the rear, said Colonel Oleksandr Motuzyanyk, spokesman of the Administration of the President of Ukraine on ATO related issues, at the press briefing at Ukraine Crisis Media Center. 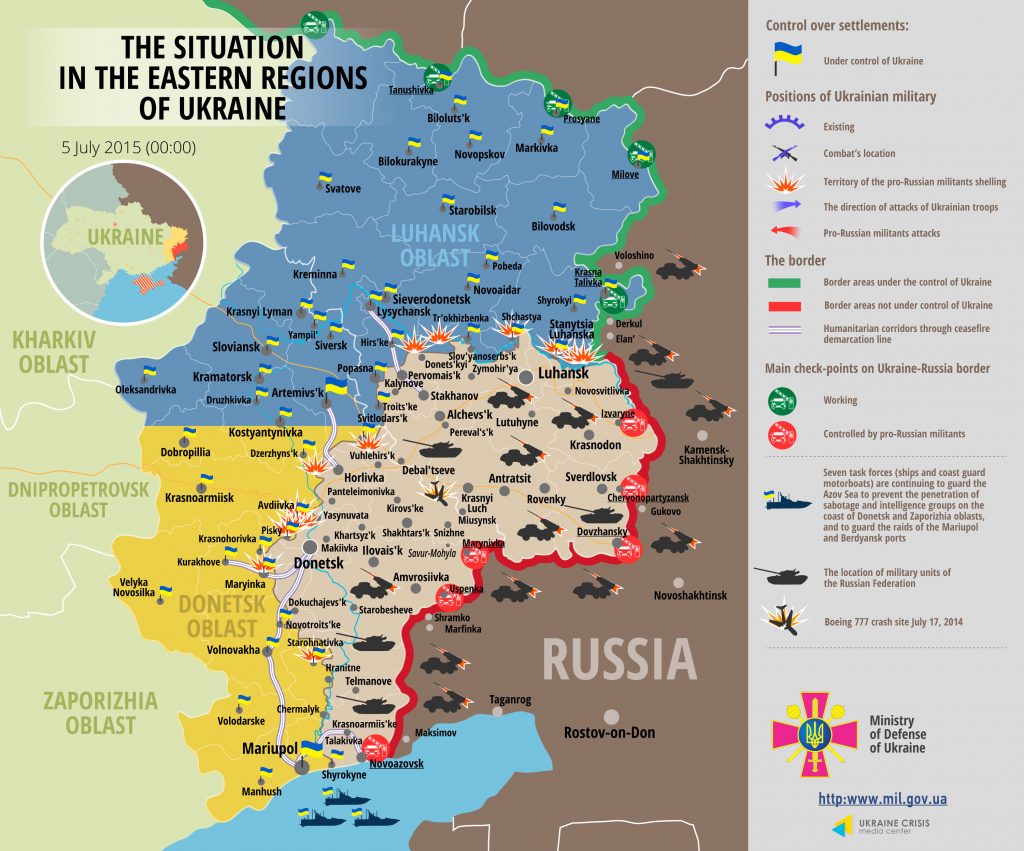 In the Luhansk sector, militants were the most active nearby Shchastya, Stanytsya Luhanska, Krymske and Novotoshkivske

In the Donetsk sector, situation was most tense near Horlivka. Militants were shelling Ukrainian military positions in Novhorodske and Lozove. Other hotspots included Avdiivka, Opytne and Maryinka.

The only one case of ceasefire violation in the Mariupol sector was recorded near Starohnativka. There were no shelling of Ukrainian troops in Shyrokyne.

“Observers of the OSCE and Joint Center for Control and Coordination are working in the village ftre the militants have retreated. A joint observation point of the JCCC will be set up here following mine clearance of the territory,” said Col. Motuzyanyk.

Five Ukrainian servicemen were killed in action and ten more were wounded in the last 24 hours. “Most of casualties were the result of the incident near the town of Donetskyi, Luhansk region. Five Ukrainian servicemen died and three were wounded in the course of a combat mission, having suffered from a mine explosion,” explained Colonel Motuzyanyk.

Col. Motuzyanyk reported that the militants were giving out humanitarian aid to civilians on the militant-controlled Amvrosiyivka only if they had a membership card of the so-called “ruling party of the DPR”. Moreover, militants continued to ruin the infrastructure in Donetsk and Luhansk regions: as a result of the shelling in Stanytsya Luhanska, gas pipeline was severely damaged ­– part of the town was left without gas supply.

Ukraine’s Security Service detained a resident of Cherkasy region who turned out to be a member of the militant cell. He was in the ranks of the enemy’s subdivision and served Grad MLRS. Another member of the “DPR” was detained in Svyatohirsk of Donetsk region. He participated in combat activities and was recruited local residents to inform Russia-backed militant groups.