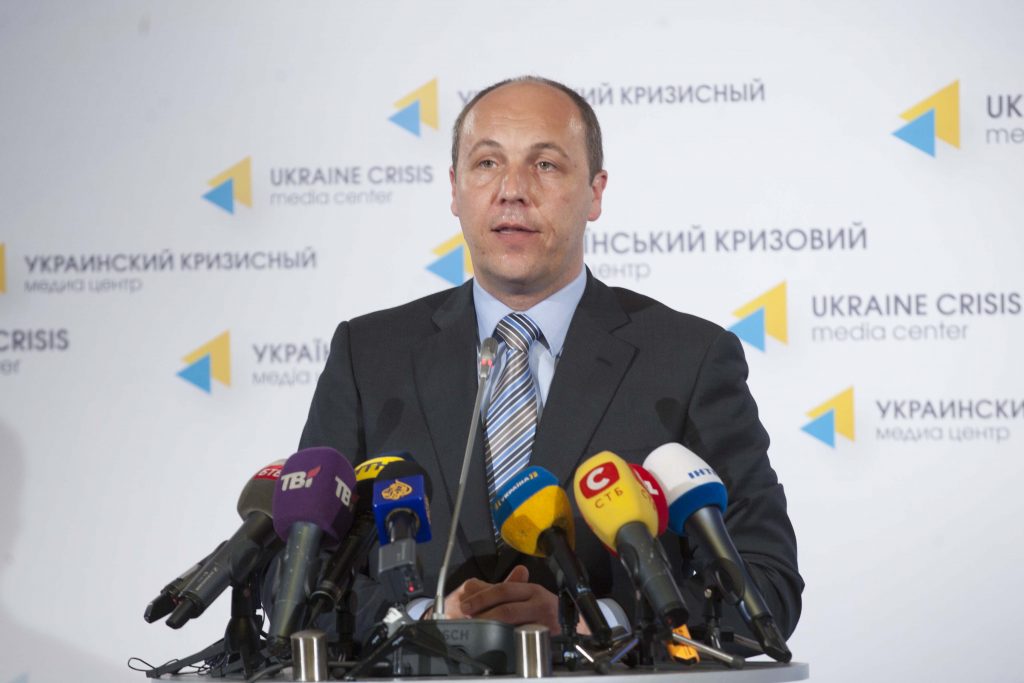 Kyiv, May 22, 2014 – National Security and Defense Council Secretary Andriy Parubiy spoke about the latest developments in the East during a press briefing at the Ukrainian crisis media center. According to him, on the night from 21st to 22nd of May, there were four terrorist attacks on the positions of Ukrainian security officials at the border with Russia and not far from Lugansk. NSDC Secretary assured that all the attacks were repelled; however, we have victims, the number of which is not yet specified. “We also know that approximately 60 armed gunmen drove up this night to Svatovo to capture it. However, they were stopped by our military forces”- said Parubiy.

NSDC Secretary also commented on the overall situation in the East: “Over the past weeks a containment zone was built under a plan of the Ukrainian authorities. We continue to localize the combat zone: today we separate regions where there are terrorists and murderers from the regions completely controlled by us. The zone now is close to Donetsk. We can say that the north of Lugansk region to Slavyansk (11 districts in total) is fully controlled by the Ukrainian authorities. The purpose of the containment zones is to protect civilians and prevent a breakthrough of saboteurs during the elections on May 25th”. In general, Mr. Parubiy said that the citizens of the East region can participate in the elections. He stressed the importance of holding fair and secure elections on the territory of Ukraine and the need to participate in them by every Ukrainian as it will be the main factor supporting and contributing to the legitimacy of government actions in order to stop Russia in regard to Ukraine.

Andriy Parubiy also said that a large military base was discovered in Rostov-on-Don, where the terrorists are preparing to transfer to the territory of Ukraine. He assured that “this fact was confirmed not only by our intelligence, but also by captured terrorists. In fact, Russia continues to aggressively conduct hostilities against Ukraine by using the method of hybrid war. Army acts as a factor of deterring and influence, while subversive and separatist groups act. But a key aspect of this war is the media attacks. Media do not act as a free press, but as an instrument of propaganda. These are large-scale military actions of Putin and Kremlin against Ukraine”.