Kyiv, August 1, 2015. Ukrainian troops successfully fought off an attempt of militant advance near the city of Zolote, Luhansk region, said Colonel Andriy Lysenko, spokesperson of the Administration of the President of Ukraine on ATO-related issues, at a press briefing at Ukraine Crisis Media Center. 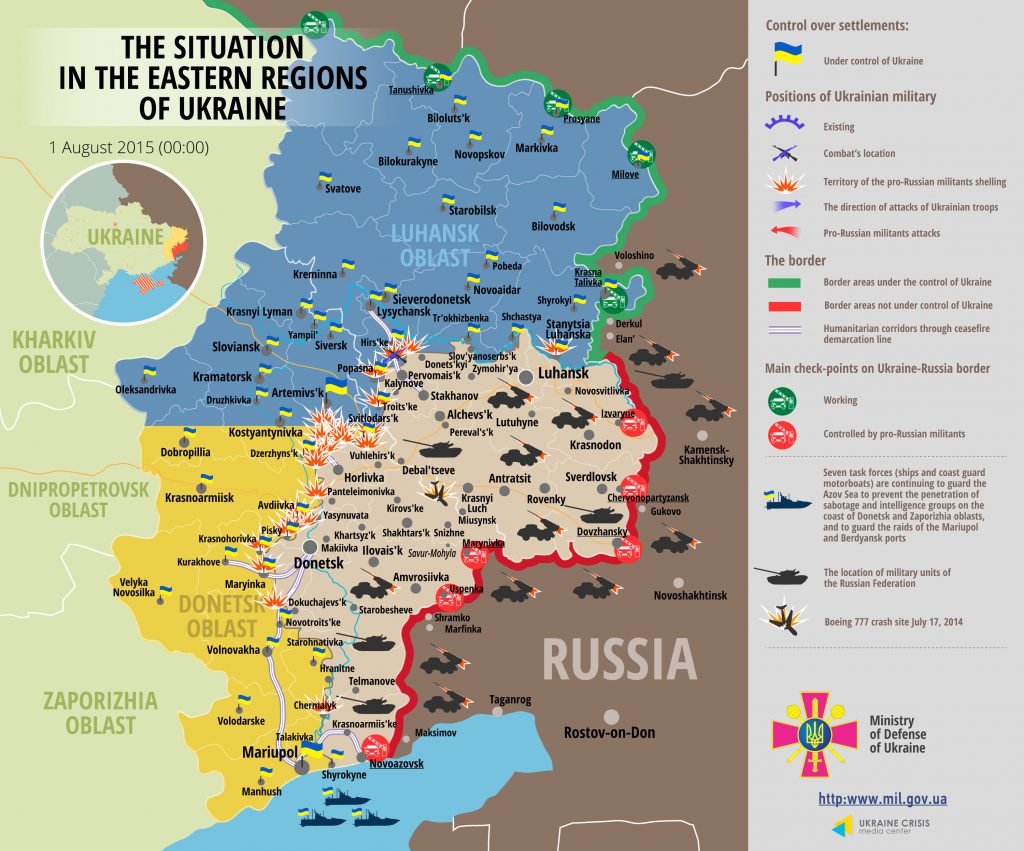 Beside the skirmish, active fighting in the Luhansk sector focused around Stanytsia Luhanska. Russia-backed militants used 120 mm mortars, small arms and grenade launchers to fire at Ukrainian positions. Several armed provocations have been registered near Orikhove village as well.

According to Col. Lysenko, incessant fighting continued in the Donetsk sector, namely in Opytne, Avdiivka and Pisky close to the airport site. The militants fired from tanks near Krasnohorivka and Mykolayivka Druha. Moreover, Ukrainian forces came under fire in Lozove from 152 mm artillery. Similar artillery shelling was registered by Verkhnyotoretske.

In the Mariupol sector, ceasefire was adhered to. Only one brief armed provocations was registsred near Chermalyk village. However, Col. Lysenko noted that despite ceasefire, the militants still violate Minsk agreements, as they have banned OSCE observers from visiting Oktyabr village close to Novoazovsk in the south of Donetsk region.

Two Ukrainian servicemen were killed in action, and 14 were wounded in action in the last 24 hours. Most casualties were incurred in the Donetsk sector.