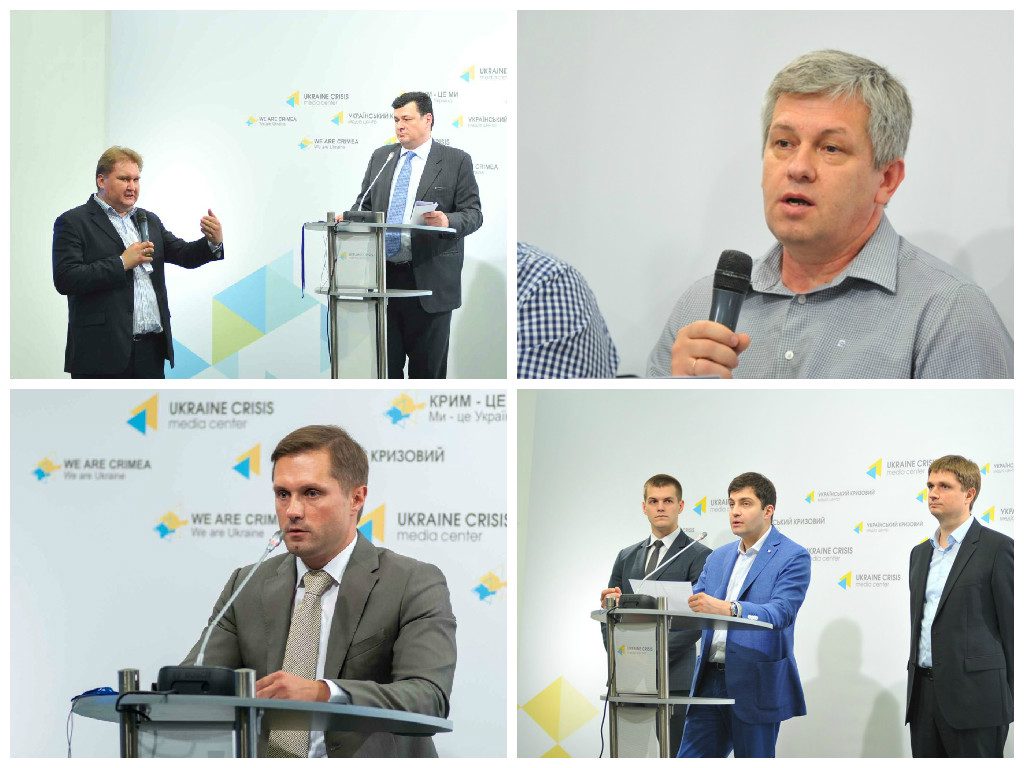 1) The new patrol service of the national police launched in Kyiv as the country’s first pilot project. Lutsk, Kharkiv and Odesa have followed suit and started training their own patrol services. The applicant selection process has begun in Dnipropetrovsk, Mykolayiv and Uzhhorod. Reforms should be complete within the next two years.

2) Personnel replacement at the State Border Guard Service of Ukraine: On August 1, the service began accepting applications from candidates wishing to serve at special border customs checkpoints in Kyiv. Applicants are applying to a particular subdivision, which manages customs at the Boryspil, Zhulyany and Hostomel airports in Kyiv.

6) Education modernization—work on establishing the Institute for Modernization of Contents of Education. The institute will be responsible for national academic programs, training methods and procedures as well as setting administrative standards in education. The institute was established in compliance with best international standards and will help modernize Ukraine’s education system.

8) Local administration and decentralization: The parliament approved a draft bill for changes to the Constitution regarding decentralization and a new law on local elections. Legislatures also approved October 25, 2015 as the date on which to hold local elections, as renewing the mandate of local authorities has been the cornerstone of the Ukrainian reformist agenda.
The Constitutional Court of Ukraine expressed its support for a draft bill on constitutional changes regarding decentralization on July 27. The opinion of the Court says that “the legal expertise department of the Constitutional Court does not recognize any violation of human rights regarding the proposed changes to the Constitution as part of a separate law on administration in some areas of the Donbas”.
The Ministry of Regional Development, Construction and Housing and Utilities said that about 10 percent of communities would be able to pass a decision to merge by August 15, 2015. Thus, local elections will take place within the context of the newly merged communities. Over one thousand communities merged as of August 1.

9) Macro-financial stability: The Deposit Guarantee Fund for Individuals, one of the main institutions that helps regulate the bank deposit liquidation process, has received the necessary authority to conduct its duties. The Verkhovna Rada (Ukrainian Parliament) also provided Naftogaz Ukrayiny with supplementary bargaining tools to more effectively work with debtors. This will result in restructuring of the company, which as it currently stands is one of the biggest burdens to the state budget. The parliament also introduced new criteria for calculating utility costs. The new method is expected to set costs no lower than market value. These measures are part of major structural reforms in an effort to promote Ukraine’s financial recovery.
The Verkhovna Rada also granted new degrees of institutional capacity and independence to the National Bank of Ukraine (NBU). President Poroshenko signed two laws eliminating a number of limitations on NBU activity in order to promote stability within financial markets. The corresponding laws are a part of the banking sector reforms program and comply with the International Monetary Fund’s cooperation agenda.

10) Investment climate improvement: The Cabinet of Ministers of Ukraine streamlined seaport activity in Ukraine. The government passed four resolutions on logistics, administration and cost of services during its meeting on July 7, 2015. One of the resolutions regulates environmental controls on ballasts. This is one of the most pressing issues for businesses, and has been made possible by ongoing efforts from leading business organizations in Ukraine such as the American Chamber of Commerce and the European Business Association.
The Verkhovna Rada introduced a new law regulating phytosanitary control. The law, on plant quarantine, is intended to eliminate corruption and guarantees Ukrainian’s adherence to international standards.

11) The Antimonopoly Committee of Ukraine’s (AMCU) transparency efforts: On July 21, 2015, the AMCU published decisions to approve calculation methods for penalties and amnesty for clustering without permit on the same day. These AMCU decisions were long-awaited. The initial steps by the new AMCU demonstrate institutional and legal reforms to improve corporate culture within Ukraine.

12) Property ownership transparency: The Verkhovna Rada opened access to the register of properties in Ukraine. This, provides the public access to information on property registered under anyone’s name. This is expected to serve as an effective tool in the fight against corruption by revealing unexplained inconsistencies between public servants’ stated income and expenses.

13) Efficient state procurement: Over 300 budget spending units joined the system of electronic state procurement known as Prozorro. The Kyiv City Council joined at the end of July. In addition to saving large amounts of money (between 12 and 20 percent of current expenditures), the new and simplified system is expected to promote fair competition amongst businesses providing supplies to Ukraine’s government. The Verkhovna Rada did not approve the draft law (number 2087а) regarding de-regulation of state procurement but is expected to approve the law in September. The Cabinet of Ministers plans to present a draft law on applying electronic procedures to procurement around the same time.

14) The State Service: Despite lengthy discussions, the parliamentary committee pertaining to state services has yet to submit a new draft law regarding state voting services. The draft law has been postponed until autumn. This effectively postpones both personnel and institutional restructuring within the State Service. Simultaneously, President Poroshenko submitted draft bills regarding the Cabinet of Ministers and the Central Executive Bodies to the parliament. These bills are essential in complex reforms of the State Service.

15) Taxes: The Verkhovna Rada struck a compromise on contentious issues of commerce such as use of cash registers and the electronic administration of the value added tax (VAT) system. Although the business community believes these reforms are burdensome, the state plans to implement the reforms to combat tax evasion. The new regulations took effect on July 1. However, legislatures will continue to discuss the reforms as a part of a wider discussion of tax reform that the Ministry of Finance plans to launch in September 2015.
Addressing the issue of value added tax (VAT) overpayment: The Ministry of Finance introduced regulation on the longstanding issue of excessive VAT payments. The Ministry issued a decree (number 651) to regulate the application of advance income tax payments based on different budget receipt codes.

16) Healthcare reforms: The Vekhovna Rada has delayed healthcare reforms because the parliament has yet to vote on bills addressing independence of medical institutions (bill numbers 2309а, 2310а and 2311а), an essential element of reforms. Parliament will prioritize these healthcare reforms, which involve making hospitals independent and reforming the budget process, in September 2015.