Kyiv, August 8, 2015. Russia-backed militants attacked from the artillery a government-controlled town of Dzerzhynsk, Donetsk region. As a result, three civilians were injured and over 200 miners were trapped underground. “As of now, 96 miners were rescued. The rescue mission is ongoing to get the other miners,” Col. Andriy Lysenko, spokesperson of Administration of the President of Ukraine on ATO-related issues, cited the update from the Donetsk law enforcement at a press briefing at Ukraine Crisis Media Center. 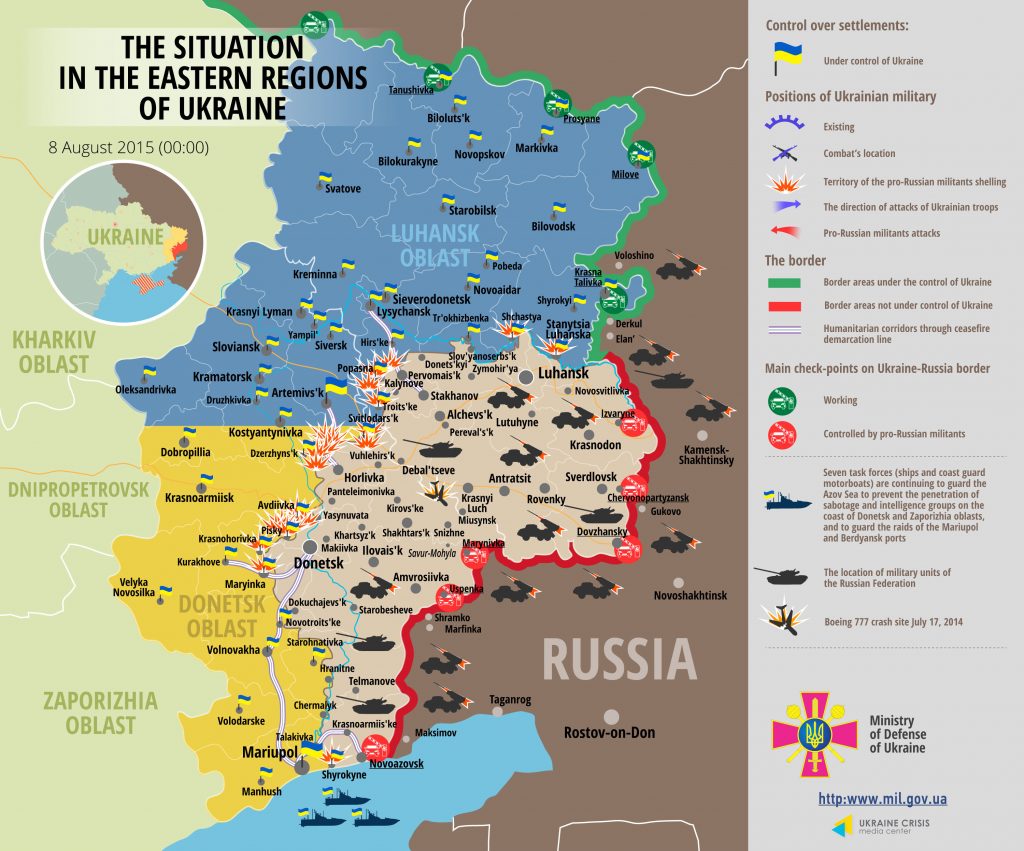 In the Luhansk sector, the militants fired from a tank at Ukrainian troops stationed near Shchastya. Russia-backed fighters also used heavy arms near Troyitske and instigated a series of armed provocations by Stanytsia Luhanska.

Ceasefire was generally holding in the Mariupol sector. Only one short-term provocation was registered in the area of Shyrokyne.

One Ukrainian serviceman was killed in action and nine were wounded in action in the last 24 hours.

Meanwhile, Ukraine’s Security Service won a criminal court case against the militant cell in Kharkiv, which was coordinated by the Russian intelligence. “Russian officers have taught them how to work with explosives, military tactics, marksmanship and how to organize terrorist attacks,” Col. Lysenko said. Ukrainian operatives captured the subversives before they managed to conduct any attack.