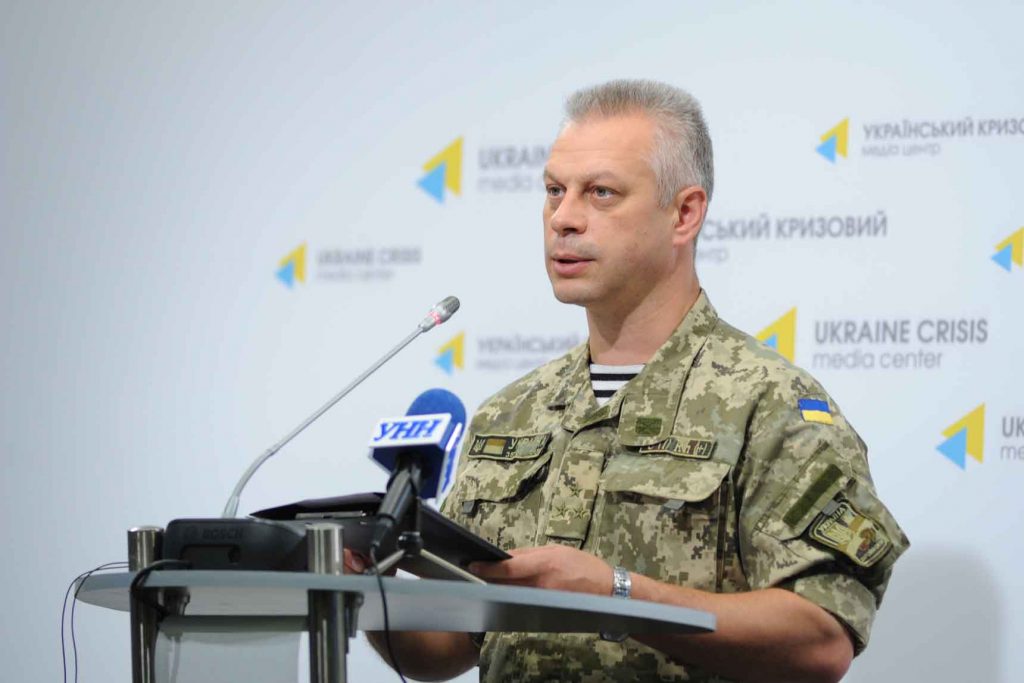 Kyiv, September 14, 2015. Complete ceasefire holds in Mariupol sector. At the same time scouts of the Armed Forces of Ukraine found and removed the militants’ minefield near Hnutovo. “According to military, the minefield was emplaced by professionals, because it combined both anti-tank and antipersonnel mines. 14 mines of different types were defused, the rest were destroyed by special means,” said spokesperson of the Presidential Administration of Ukraine on ATO related issues Colonel Andriy Lysenko at a press briefing at Ukraine Crisis Media Center. 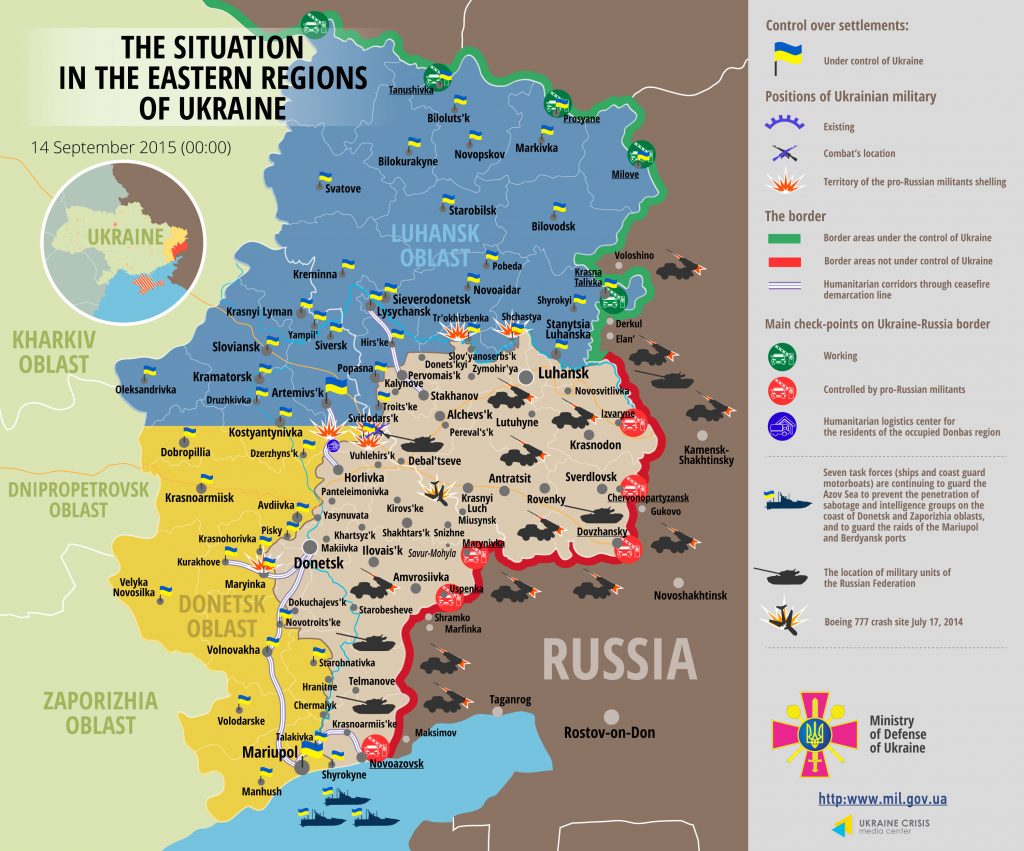 It was rather unquiet in Donetsk sector at Svitlodarsk arc yesterday. A shootout between militants and ATO forces lasted about 1 hour on the Ukrainian front lines in Luhanske. Some more armed provocations of militants were recorded on the same defense lines – in Lozove and Luhanske in the evening. The members of the illegal armed groups started fire from small arms once near Zaitseve, which is north of Horlivka. “However, yesterday it was calm southward – in Dzerzhinsk, near Yasynovata, Avdiivka and near Donetsk airport,” informed Colonel Lysenko. A sniper fired Ukrainian positions in Maryinka yesterday.

Over the last 24 hours, two Ukrainian soldiers were killed and two were wounded due to hostilities. “Besides, one soldier is missing,” added Andriy Lysenko.

Ukrainian police detained a millitants’ collaborator. They found out that from September 2014 to June 2015 the detainee had served in the so-called “LPR police” as head of the temporary detention center in the occupied Luhansk. “Later, he left the ranks of illegal armed groups and tried to leave for Severodonetsk, but he was detained at a checkpoint in Zaitseve,” informed the spokesperson of the Presidential Administration of Ukraine on ATO related issues.