Kyiv, October 9, 2015. The ceasefire was not violated over the last day, Ukrainian troops did not incur any casualties, and there were no wounded in action, said spokesman of Administration of the President of Ukraine on ATO-related issues Colonel Lysenko at a press briefing at Ukraine Crisis Media Center. He also noted that three flights of militant unmanned aerial vehicles (UAVs) were registered near Mariupol.

According to Colonel Lysenko, Ukraine’s Security Service detained a member of ‘Oplot’ militant group in Dniprodzerzhynsk, Dnipropetrovsk region, he was taking part in combat actions against the Ukrainian army. Four grenades, 200g of TNT and anti-Ukrainian propaganda materials were seized during the detention. Ukraine’s Security Service also blocked several channels of weapons smuggling into the ATO zone. According to Colonel Lysenko the perpetrators were trying to sell the weapons and were detained in Chernivtsi. A Kalashnikov rifle, Czech-produced VZ.58 rifle, F-1 and RGD-5 grenades as well as a large number of ammunition of various calibers were seized. The Security Service discovered a weapons cache in the ATO zone: eight boxes with 23-mm shells, 20 30-mm shells, five missiles for the “Konkurs” antitank guided missile system, 17 grenades for an under-barrel grenade launcher, two mines and ammunition from World War II times. 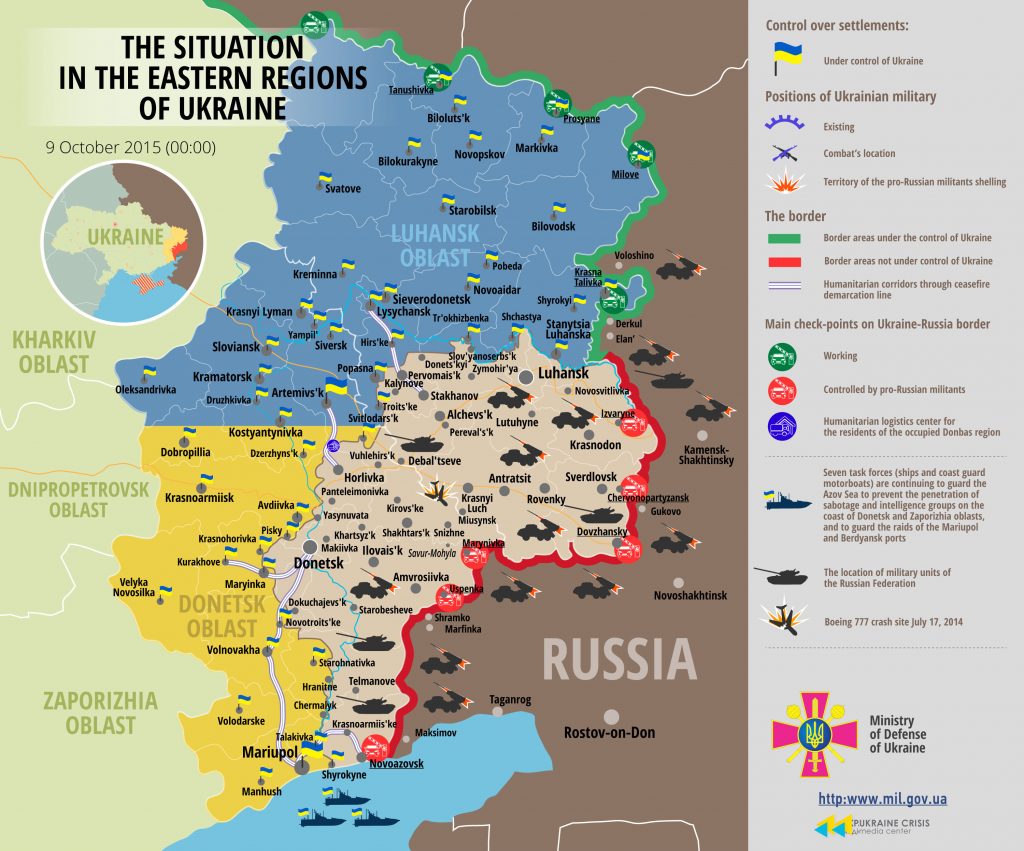