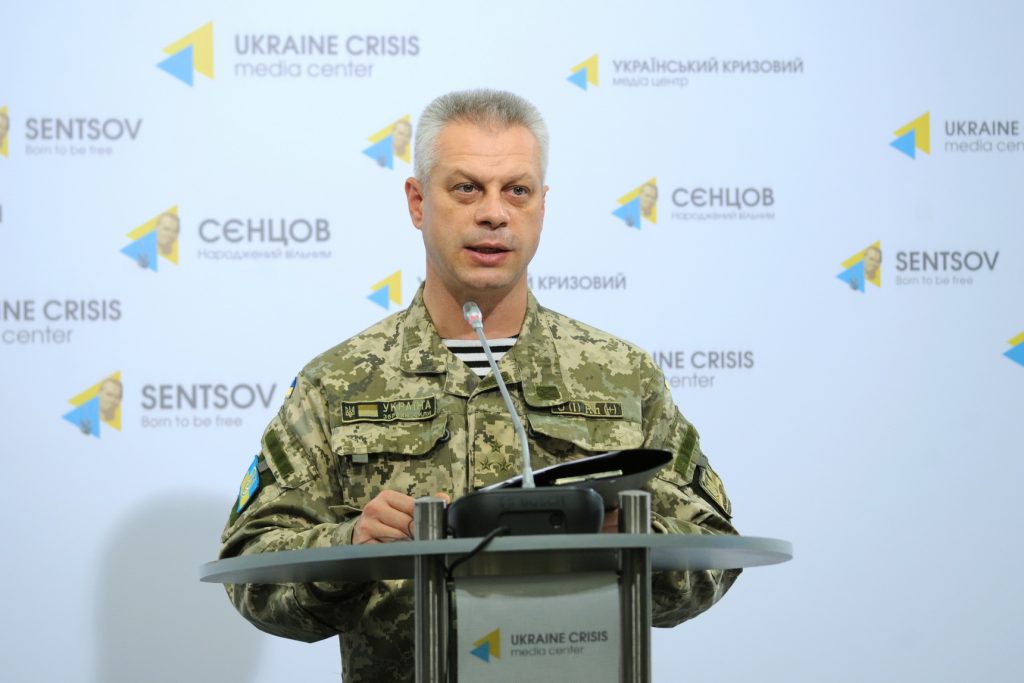 Kyiv, October 14, 2015. The Russia-backed militants made an armed provocation, firing at the ATO forefront between Avdiivka and Spartak. “Militants fired with small arms and grenades for about 10 minutes. Other than that, there is no change in ceasefire regime in the other sectors. Ukrainian border guards have detected no enemy unmanned aerial vehicle (UAV) flights. One Ukrainian soldier was killed in action, three were wounded,” said the spokesperson of the Presidential Administration of Ukraine on ATO related issues Colonel Andrei Lysenko at a briefing  at Ukraine  Crisis Media Center. 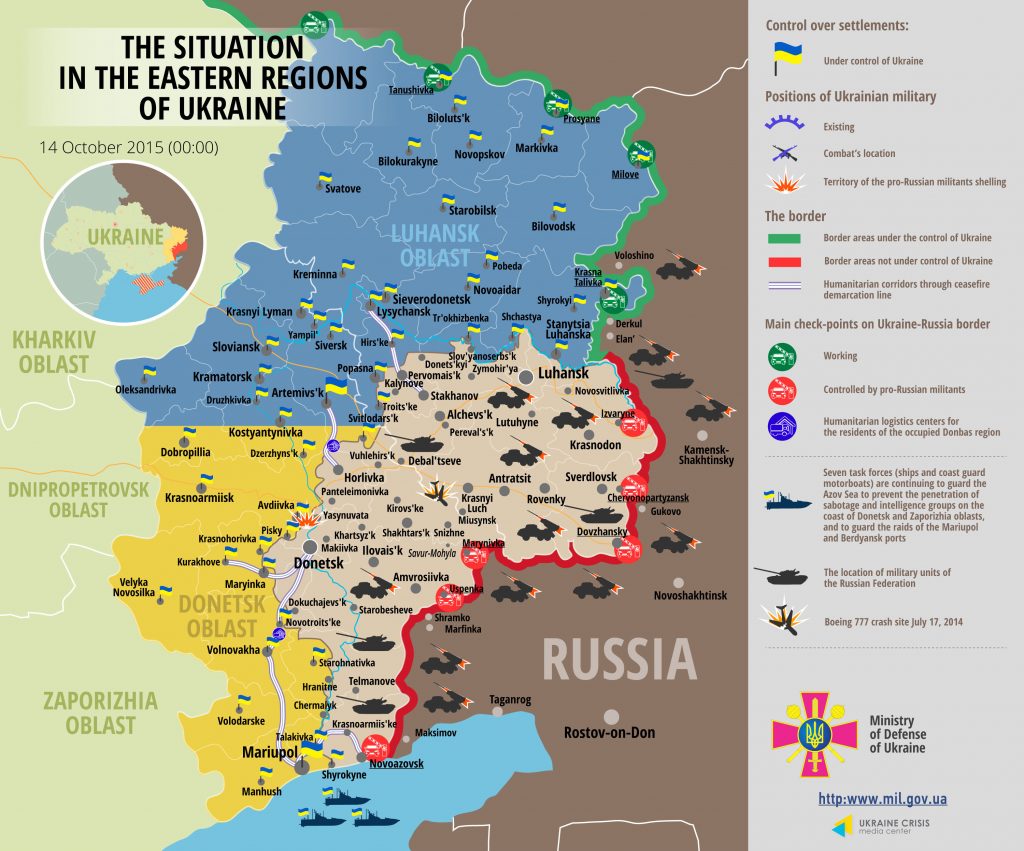 Col. Lysenko said that over the past day, the State Emergency Service of Ukraine experts surveyed over six hectares of territory and seized 18 explosive pieces in Donetsk and Luhansk regions. In addition, the Security Service of Ukraine (SBU) continues to develop the program of returning citizens who voluntarily refused to fight on the militants’ side to the Ukraine-controlled territory. “One of the former insurgents served at the enemy checkpoints. Disappointed in the ideas of separatism, he voluntarily left the enemy ranks, confessed to the crime and agreed to assist the investigation. In the future this may be grounds for his exemption from criminal liability and help him return to normal life,” said Andriy Lysenko.

Ukrainian police continue to remove illegal weapons and ammunition in the ATO area. In Lysychansk the SBU officers and law enforcement officers from Kirovohrad patrol battalion found four MANPADS, 19 PTKR units, 49 mines, about 300 RPGs and charges for them, 1500 AGS, 1520 grenade launcher ammunition, about 75 thousand cartridges of different caliber. According to Lysenko, 31 trucks with humanitarian goods from the International Committee of the Red Cross moved to the occupied territories through Novotroitske checkpoint on the Mariupol – Donetsk highway. The trucks carried construction materials and hygiene kits to residents of Donetsk region.

“Today an exhibition “The Power of Unconquered” was opened in Sviatomykhailivska Square in Kyiv. There everyone can see the present technical equipment of our defenders – weapons, military equipment, uniforms, and special equipment. The exhibition will run until the end of the week,” said Lysenko.