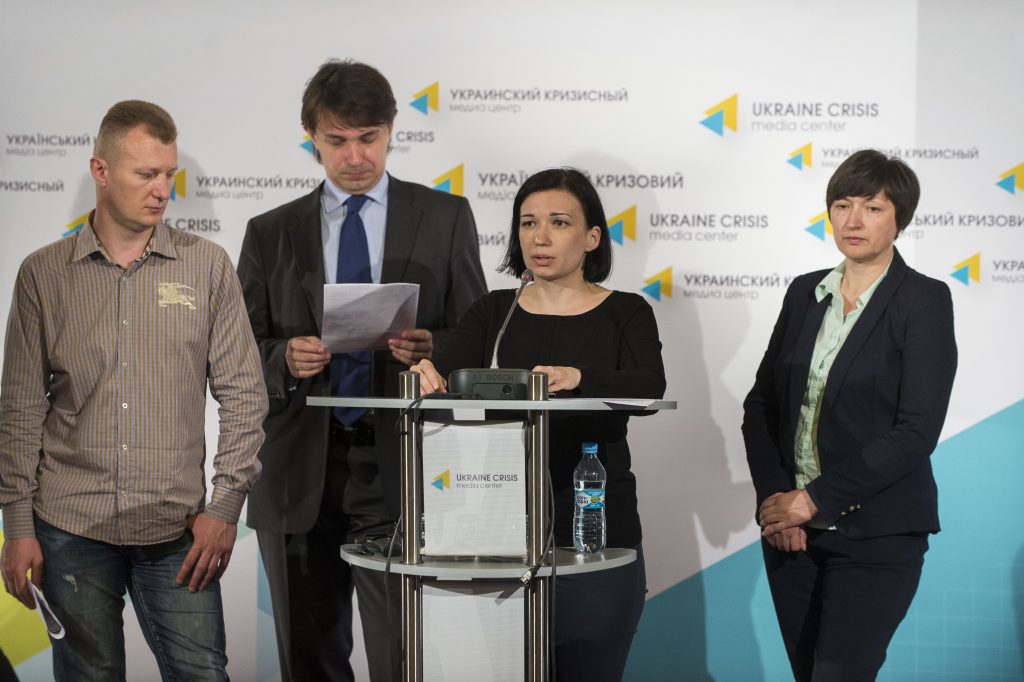 Kyiv, June 02, 2014 – «Representativity, institutional independence, openness, transparency and accountability are five basic principles applied to proper activity of the legislative branch of international level», – claimed Olha Ayvazovska, representative of civil network “Opora” during the media briefing in Ukraine Crisis Media Center. «The biggest problem of the parliament today is absence of representativity», – she added. «Electoral groups reflecting public sentiment in 2012 have been restructured and a significant part of Verkhovna Rada deputies does not reflect electorate interests. Downfall in popularity of formerly influential parliamentary fractions is an evidence of parliamentary activity becoming impossible in this configuration».

Besides, as noted Ms. Ayvazovska, «during V. Yanykovych’s presidency, Ukrainian parliament lost its institutional independence and was unable to make self-sufficing political decisions, which influenced the quality of the legislative branch work. This is why the issue of appointing pre-term parliamentary elections should be one of the first possible steps of the newly elected President. It was the declaration he himself made on multiple occasions».

Nevertheless, in electoral legislation restructuring experts’ opinion, new Ukrainian parliament must be elected using open procedures during free and fair elections, that is why it is essential to restructure legislation on election of deputies of Verkhovna Rada of Ukraine. At the same time, as stated by Ms. Ayvazovska, «legislative changes should apply to four basic priorities which lie in securing electoral rights of all Ukrainian citizens without any exception,  including those living in the territory of Donetsk, Luhansk region and Autonomous Crimean Republic; utmost removal of political corruption (vote buying, use of administrative resource, influence on voting process etc) through renouncing single mandate majority districts  at the rate of 225 election districts; implementation of all the security arrangements to make it possible to hold Ukraine-wide elections; creating conditions of unavoidability of punishment for offences during electoral campaign».

Yevhen Radchenko, representative of “Internews-Ukraine”, giving comments on election system which would be the most rational for Ukraine, stated that «the existing system should be changed into the form of open lists with proportional election system with vote threshold of 3%».In experts’ opinion, rupture of existing coalition numbering 256 deputies as of today could become the most likely reason for dissolution of Verkhovna Rada. As of possible date of the Parliament dissolution, Svitlana Kononchuk, representative of Ukrainian Independent Center of political studies, stated: «1-2 weeks are left to that. In this case, election to Verkhovna Rada will take place as early as this autumn».

Commenting on possible parties composition of new Parliament, experts assume that in case 3% vote threshold is established, Democratic Alliance, Oleh Lyashko’s Radical party and “Samopomich” will have a chance to find their way into the supreme legislative body of Ukraine, apart from the parties already represented in Verkhovna Rada.