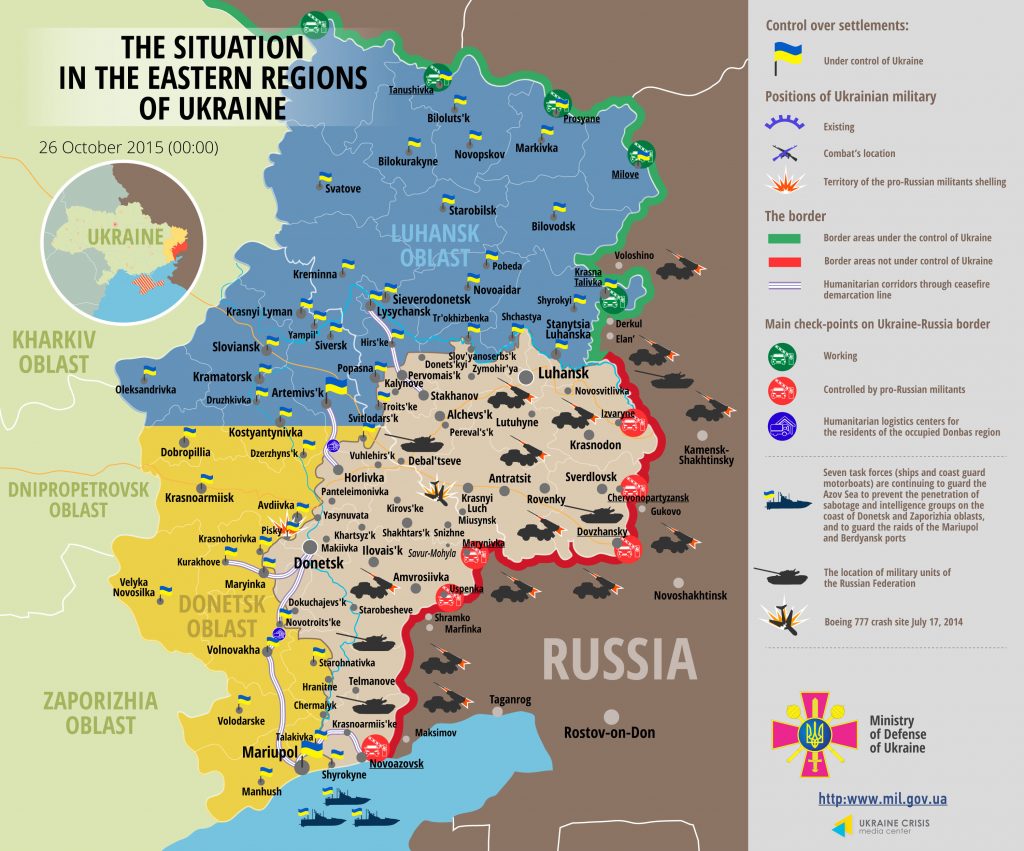 According to the information collected, militants violated the ceasefire on the night of October 24 near Pisky village using small arms, grenade launchers, anti-aircraft mounts and heavy-gauge machine guns. “According to updated information, two Ukrainian troops were wounded in combat,” said Col. Lysenko.

Armed provocations took place against the backdrop of Ukrainian troops repairing infrastructure and houses in the east of Ukraine. “Ukrainian military engineers cleared mines the area near Vuhlehirska thermal power station and prepared the area for construction of track machinery unit not far from Kurdiumivka and Mykytivka railway stations,” said the spokesperson.

According to the information of the State Border Guard Service, no flights of unmanned aerial vehicles were recorded in the ATO zone yesterday.

Law enforcement officers found a cache with weapons and ammunition in Severodonetsk in a half-ruined storehouse. A hand grenade launcher, two missiles, a TNT block and about two hundred 5.45 mm cartridges were found in the cache.