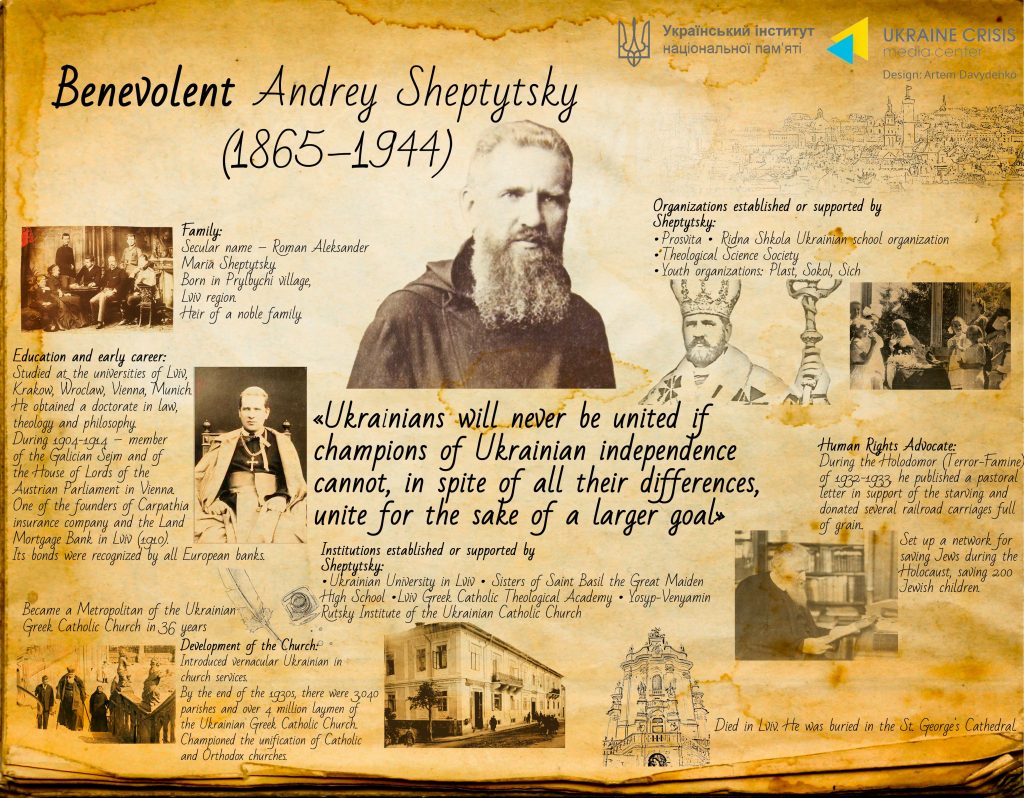 This year Ukraine celebrates a 150th anniversary of the birth of the Metropolitan Archbishop of the Ukrainian Greek Catholic Church, Andrey Sheptytsky. His words and deeds influenced his contemporaries and are widely revered by his descendants. This infographic shows achievements of the Metropolitan’s service to the Church and the people.

[When publishing the infographic, a reference to the Ukrainian Crisis Media Center is compulsory]