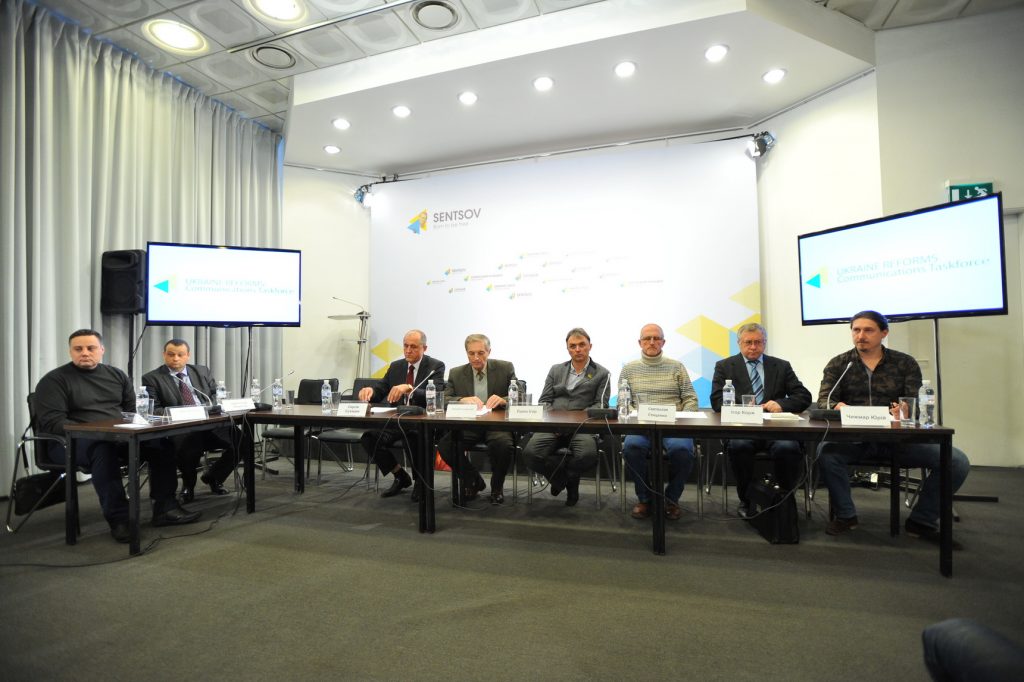 Kyiv, November 5, 2015. Activity of territorial defense units calls for legal regulation. Such a conclusion was reached by the participants of the round table “Territorial defense units: puppet armies of oligarchs or guardians of the public peace?” held at Ukraine Crisis Media Center within the project “Ukraine Reforms Communications Taskforce”

Leontiy Shypilov, Reanimation package of reforms expert (RPR), said that during 2014-1015 the parliament has issued a number of draft laws on this subject. According to him, this is most prominent one and it has a chance to gain support in the session hall, is the  draft law “On Territorial Defense of Ukraine” (hereinafter – the Draft Law), among the authors of which is Andriy Parubiy, MP, First Deputy Chairman of the Verkhovna Rada of Ukraine.

This document defines territorial defense units, including volunteer units, as a part of the National Guard of Ukraine, and establishes the following hierarchy: a platoon is formed at the community level (village or settlement) and is an initial section; a “sotnia” (company) is formed at a district level; a regiment – at the region level. Operational and territorial associations (“kish” – camps) are formed at the interregional level. The names of units are historical. This way the draft law, if adopted, will contribute to the revival of the history of the Volunteer Defense of Ukraine.

The discussion participants agreed that the Draft Law establishes the functions, organizational principles and management system of the territorial defense in the country. However, a number of important and highly specific questions remained unanswered.

In particular, Denis Vasilyev, Reanimation package of reforms expert, emphasized that “the status of a volunteer, a member of the territorial defense unit has not been yet defined. The draft law does not answer the question of who this person is.” Ihor Lapin, MP, drew attention to the lack of specificity as to places of deployment of territorial defense units. “We have to determine the places of location and training of these units… The property of the Defense Promoting Society could become a base for this. But what is its status? Is this the state property or not? That is also a debatable issue. If we do not determine the location, we will have another law for the law. It will not work,” says Ihor Lapin.

Representatives of the territorial defense units emphasized two important points. According to Svyatoslav Stetsenko, head of the NGO “Ukrainian Legion” and representative of “Society promoting territorial defense of Ukraine”, despite the fact that territorial units depend on certain locations the draft law does not regulate the community participation by any means. “The draft law does not answer the question of how the communities can and must defend themselves. Perhaps, some other law or laws should provide for this issue,” suggested Svyatoslav Stetsenko. The representatives of the volunteer battalions said that subordination is a critical issue for them. On the one hand, when the tasks performed by territorial defense units are considered, they should report to the General Staff. On the other hand, if they are members of the National Guard, then they should report to the Ministry of Interior Affairs. In the opinion of the participants, this is inadmissible because of defamed image of this institution.

Debatable were also the issues of financing the territorial defense units. The round table participants agreed on the fact that charitable contributions can be only one of the sources, but obviously not the main one.  Budgetary financing must be the key one. Otherwise it can create the basis for the formation of so-called puppet private armies, which under certain circumstances can be used against the interests of the community.

The discussion participants also believe that the issue of participation of foreigners in the territorial defense units calls for clearer regulation. Some experts are convinced that people should be involved in the units by their origin rather than nationality.