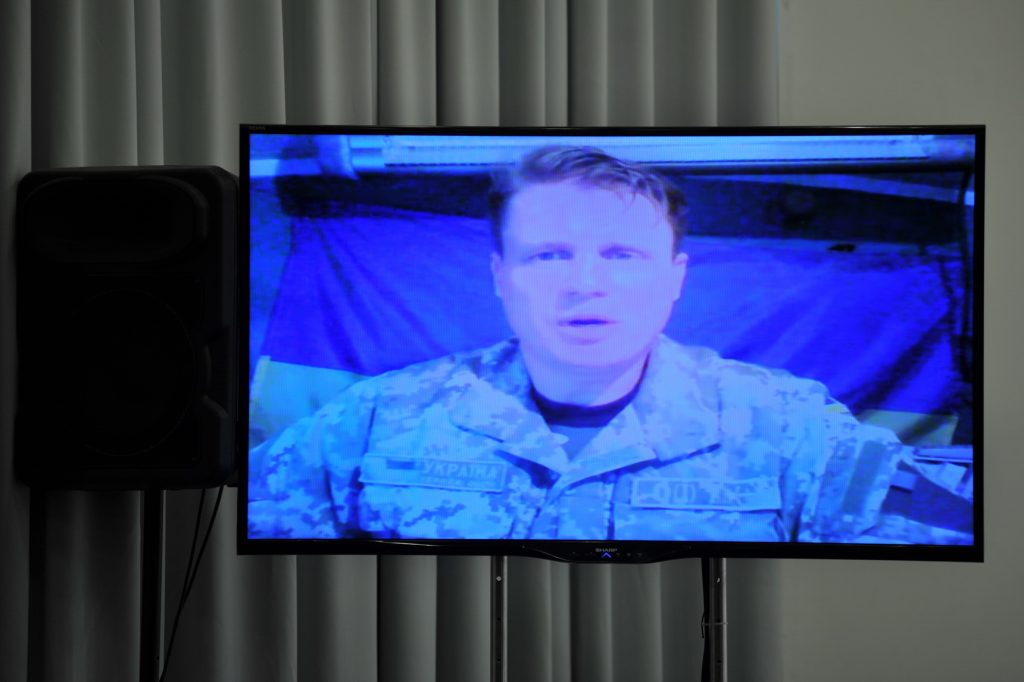 “The pro-Russian militant groups are shooting at residential blocks from prohibited weapons, while the Ukrainian party is withdrawing weapons, including mortar launchers, in compliance with the Minsk Accords,” said Captain Matiukhin, adding that militants attacked Krasnohorivka using 82mm mortar launchers. The spokesperson said that one mine exploded near residential buildings, causing no casualties or injuries.

Mine clearance specialists continue liquidating impact of the disaster in Svatovo. “Over 200 items of ordnance were destroyed, 4.5 ha of territory around the depot. Over 2300 explosive items were found and rendered safe around electric power lines while clearing the territory,” said Captain Matyukhin.