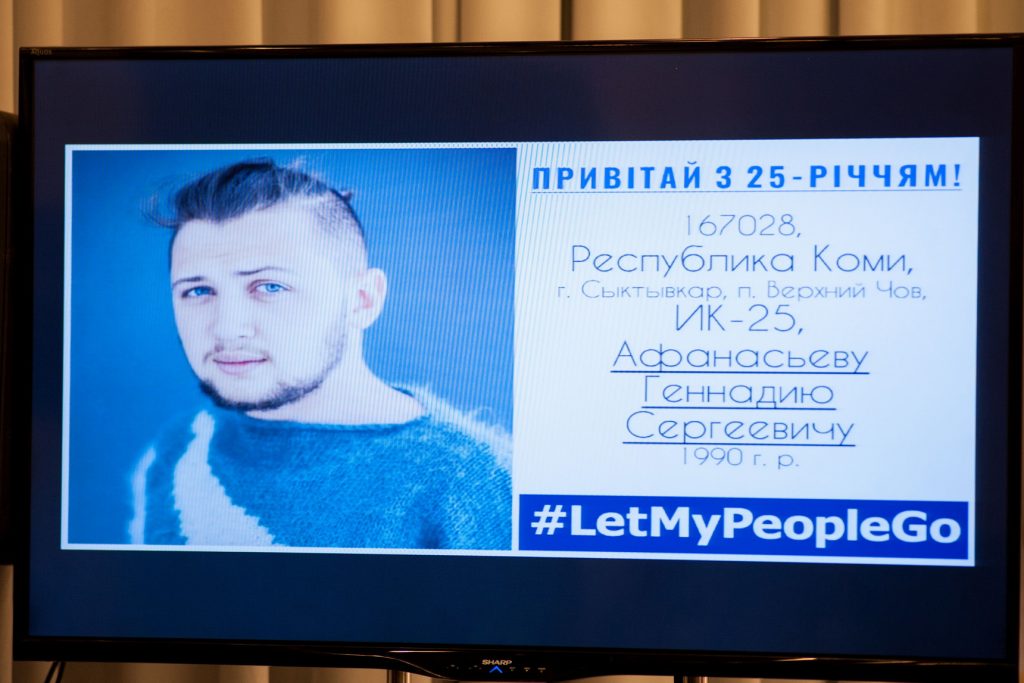 Kyiv, November 9, 2015. Gennadiy Afanasyev, who was listed as a key prosecution witness in the Russian Federation cases against Ukrainian citizens Oleg Sentsov and Olexandr Kolchenko despite refusing to testify against them, is currently in a penal colony in the Komi Republic. Sentenced to seven years in prison, the Crimean political prisoner is held in appalling conditions and asks the Ukrainian authorities for help. “Gennady is in a difficult situation. I think he is the most vulnerable among those people who were detained and subjected to criminal prosecution in Sentsov’s case. Gennady has actually become the FSB’s personal enemy (referring to Russia’s post-Soviet KGB). After he denied the forced testimony, very tough revenge began. He is in a horrible penal colony, and that is not enough for them. They continue tormenting him and do it within a more or less legal framework.  No one beats or tortures him, but the conditions are extremely severe and it is very difficult for him. He chose the path of resistance and is ready to endure everything, even his death. But he hopes that Ukraine will help him,” said Olexandr Popkov, Gennady Afanasyev’s lawyer, during a press briefing at Ukraine Crisis Media Center.

Popkov emphasized that Afanasyev is a citizen of Ukraine. He did not accept Russian citizenship, did not sign any document that could have linked him with Russian citizenship. The fact that Russia considers him to be its citizen automatically with the Crimean “transition” violates every law. “We try to protect him, but Ukraine should stand up for its citizen and find a way for his release,” added the lawyer.

According to Popkov, Afanasyev will not be easily released in 7 years, because today they work deliberately and systematically at his destruction. “They are planning to transfer him into a cell type room. In this way one can get into the colony for life prisoners. He handed me some papers and a request to President Poroshenko, an application to the Foreign Ministry of Ukraine and Consulate General of Ukraine to help him as a citizen of Ukraine. He also sent an appeal to the citizens of Ukraine, his friends and the people of Ukraine who fought for their independence,” said Popkov.

At present, Popkov asked the Russian Supreme Court for the appeal of the sentence. “The grounds for cancellation are very serious, but we do not know how the Russian Supreme Court will behave, because actually it is prosecutor’s office responsibility. After Gennady refused to deal with the investigation, it had to recover the proceedings and review the case without recognizing his guilt,” said Popkov.