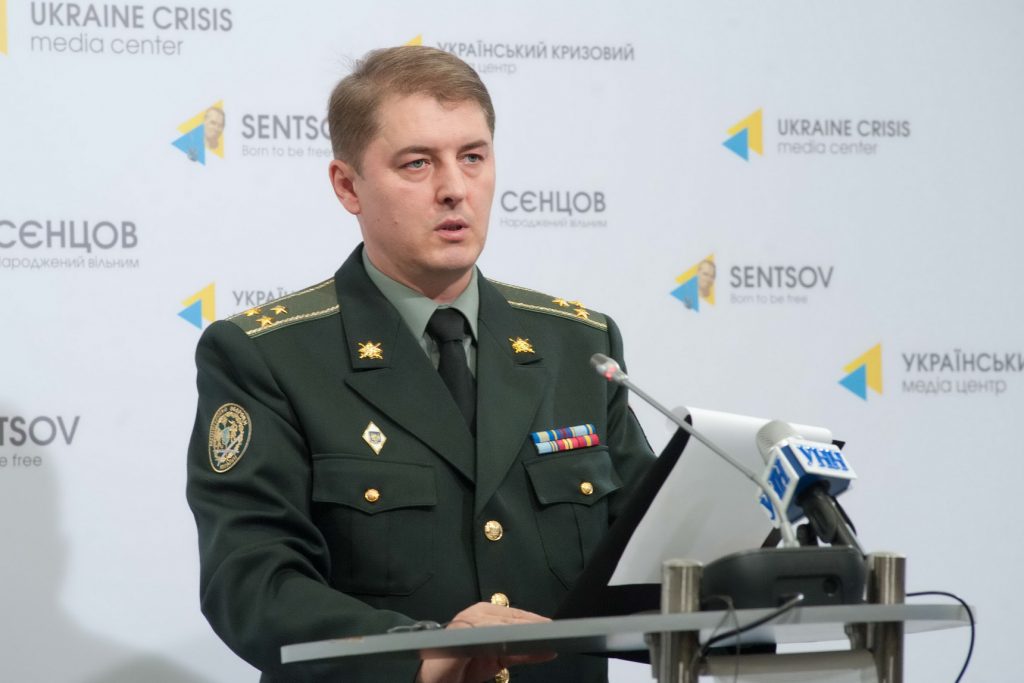 Kyiv, November 15, 2015. Militants fired at Ukrainian positions from 120 mm mortars near Avdiivka. As a result one Ukrainian serviceman was killed and eight servicemen were wounded. A total of 23 militant provocations were recorded near Donetsk airport over the past day. Militants opened fire using small arms, under-barrel and hand grenade launchers. “The enemy fired at our soldiers from small arms, heavy mounted and under-barrel grenade launchers near Krasnohorivka and Marinka. A single enemy provocation was recorded around Svitlodarsk arc, near Luhanske where militants used a heavy mounted grenade launcher and large-calibre machine-gun. ATO forces came under attack from small arms near Mayorsk and Zaitseve, and from large-calibre machine-guns – near Horlivka,” informed Colonel Olexandr Motuzyanyk, spokeperson of the Presidential Administration of Ukraine on ATO-related issues, during a briefing at Ukraine Crisis Media Center. 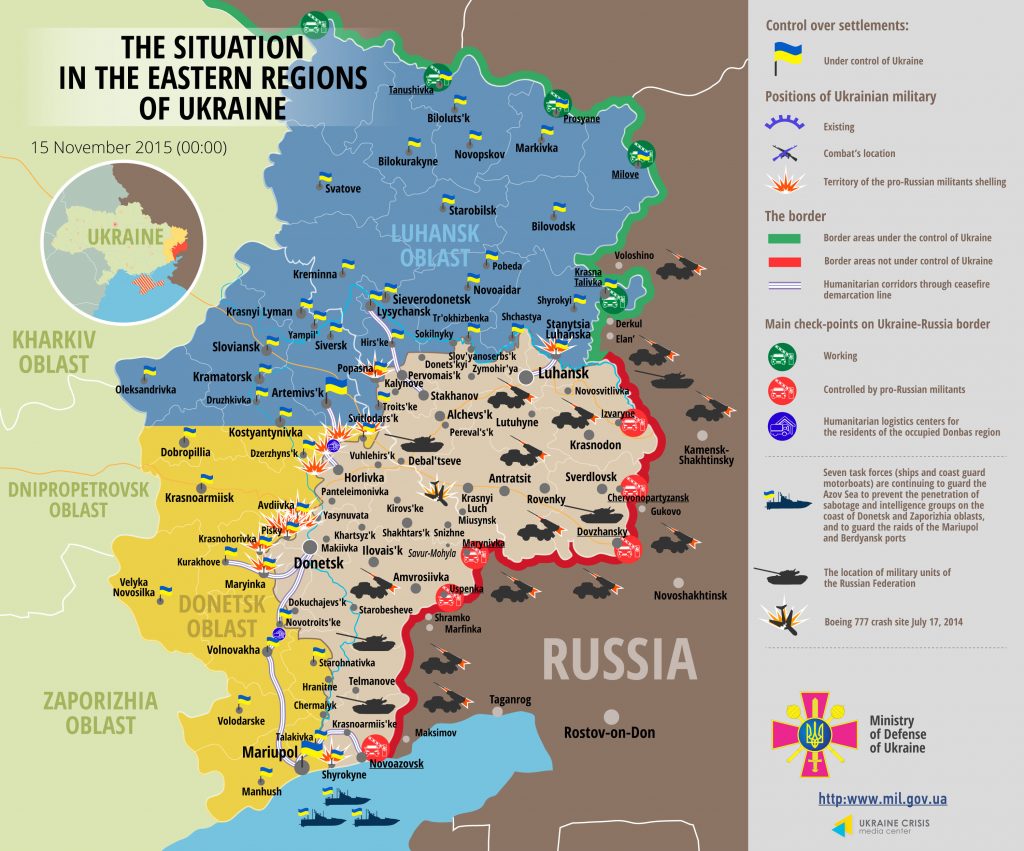 In Luhansk sector, Russia-backed militants fired on Ukrainian positions from small arms near Stanytsia Luhanska. They also fired at ATO forces’ positions from large-calibre machine-guns near Popasna. According to Colonel Motuzyanyk, in Mariupol sector the Ukrainian military recorded two incidents of activity of militant snipers near Shyrokyne.

In Kramatorsk, Ukrainian operatives together with the police detained the leader of one of the illegal armed groups of the so-called “DPR”. “Since December last year the detainee took active part in combat operations against ATO forces. Besides, his wife continues to fight as a member of an illegal armed group,” said the spokeperson of the Presidential Administration of Ukraine on ATO-related issues.

The SBU found a cache of weapons in Starohnativka, Donetsk region. “The cache was at the place of residence of one of the fighters of the illegal armed group “Vostok”, which is a part of the so-called “DPR”. Law enforcement officers seized three RPG launchers, four RGO grenades with fuses and 5 kilograms of TNT with electric detonators. According to current information, the arsenal was intended for committing acts of sabotage and terror against Ukrainian Armed Forces units in Volnovakha district,” Colonel Motuzyanyk specified.

At the end of the briefing Olexandr Motuzyanyk noted that yesterday, on the 14th of November, the Armed Forces of Ukraine received US counter-battery systems intended to identify mortar, artillery and rocket attacks