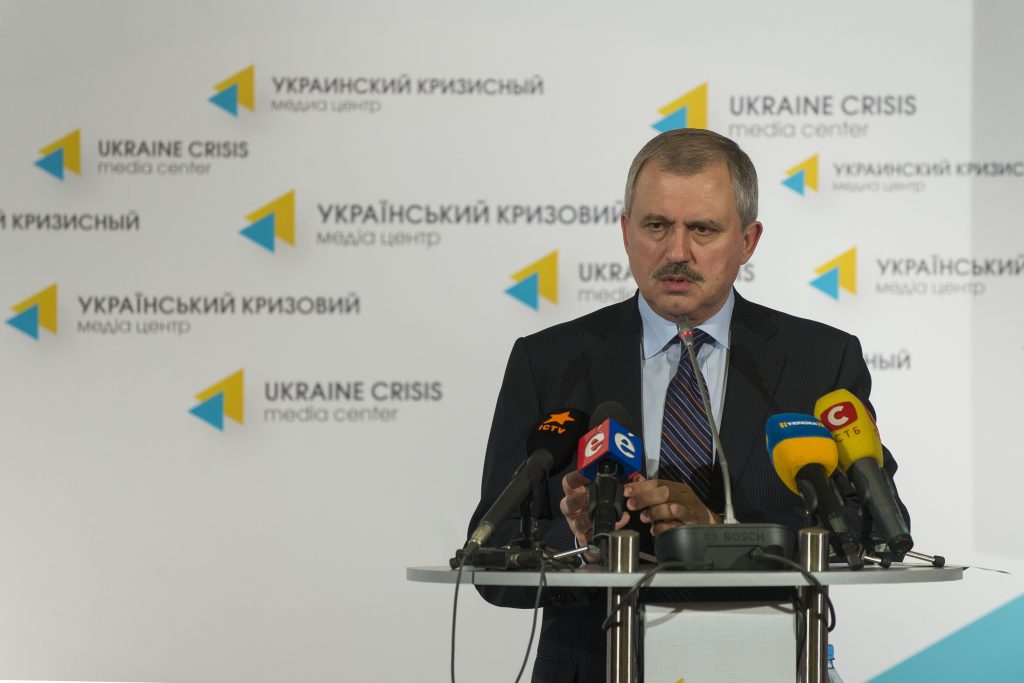 Acting law on occupied territories is a basic one; it does not take into account all the problems arising with time. That is why amendments will be made in the law on regular basis. This was the statement interim Deputy Head of Presidential Administration of Ukraine Andriy Senchenko during his media briefing in Ukraine Crisis Media Center.

«While individual problems arise, both local authorities and central authorities will try and assist in solving them. If there are problems of general character, then the issues calling for decision on the level of resolutions of the Cabinet of Ministers will be solved correspondingly, and the ones to be decided on legislative level will be executed in Verkhovna Rada. In other words, we will be amending law on occupied territories almost every session week», – explained Andriy Senchenko.

Besides, spokesman of Presidential Administration informed that law on control of terrorism has been passed today in the basis and as a whole. The law extends authorities of the ATO participants and strengthens their coordinated activity. «It is not about civilian population bombing or extended application of heavy armament. We are taking about legal framework, their adjustment as well as modification of scope of persons involved into anti-terrorism effort. The law will outline legal grounds of all the structures as well as create limits for special forces’ actions. There were “gaps” in legal environment between the Ministry of Internal Affairs and the army, when no one made decision. Everything the army was doing it will be doing more efficiently and in compliance with the law. We will defeat terrorism quicker this way», – emphasized Andriy Senchenko.