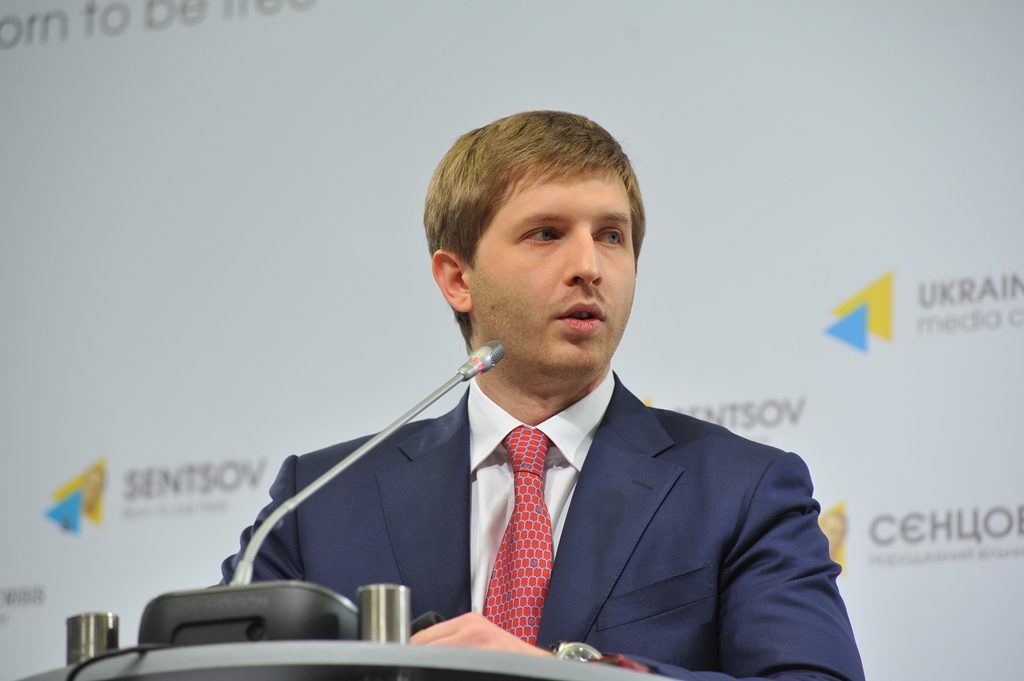 Kyiv, November 18, 2015. “The main idea of regulatory asset based setting consists in companies’ commitment to lower the costs of their services and guarantee quality of services. At the same time, they will have legal possibility to get profit and an incentive to save funds,” said Dmytro Vovk, Head of the National Regulatory Commission for Energy and Utilities (NERC) at a press briefing at Ukraine Crisis Media Center. According to Vovk, introduction of regulatory asset based tariff setting will reduce consumption, including technical consumption, and allow “imposing penalties for failing to comply with consumption reduction schedule.”

“We base our calculations on a reference period, applying inflation rate for future period, with simultaneous application of efficiency rate. De-facto, companies’ budget for operational expenses will be reducing every year, which in the long run will result in overall tariff reduction,” said Vovk. According to the NERC head, consumers will get reliable and efficient electricity supply as well as change of services costs. The state will benefit from the attracted investments, liquidated cross-subsidization and cancelled system of so called “all-in” tariffs. Moreover, distribution companies will attract investments to renew and develop their networks and get incentives to reduce consumption. Six companies plan a 100% for investment program in 2016. “This will be a pilot project […] which future will be applied to all the companies complying with necessary criteria, such as 100% settlement and 100% implementation of investment program in a certain period of time,” predicted Vovk.

The energy official also said that the EU countries underwent regulatory asset based tariff setting 25 years ago, Great Britain being one of the first. “Introducing this principle resulted in reduction of consumers’ SAIDI (System Average Interruption Duration Index) from 164 minutes to 100 minutes which equals 40 percent,” explained Vovk. The second parameter that the companies are interested in is increase of profitability margin. Introduction of regulatory asset based tariff setting in Ukraine is envisaged by the Ukrainian regulatory documentation and EU guidelines. Legal framework was renewed in 2015, thus establishing conditions for tariff setting, informed Vovk.

Andriy Herus, energy expert, disagreed with some proposals of the NERC. For instance, when referring to the basic parameters proposed for regulatory asset based tariff setting, i.e. 5 percent profitability for the old base and 14.79 percent for the new one. He said that “attracting new investments at 14.79 percent rate is difficult today, as refinancing rate is 22 percent, bank loans exceed 20 percent and bank deposits are some 20 percent. Thus, it makes no sense to invest in regional distribution companies, as an investor can simply deposit the funds,” he said. Taking this into account, the financial load will move to the first part formed at the consumers’ expense, added the expert. According to Herus, commission’s decision is to base the tariff on four factors: how crucial is the need (i.e., shifting to this system must not happen at any expense and on any conditions); financial capability and fairness; balance based on overall condition of industries and markets regulated by the commission; and consumers’ interests. Nevertheless, the expert believes these novelties will not influence consumers on a large scale. Taking into account the proposed methodology Herus’ estimates are as follows: “We will need additional 2.5 billion for the first six companies in the first year, and if all the regional distribution companies switch to the new system, we will need about 12 billion hryvnias.”

Oleksandr Svetelik, Deputy Minister of Energy and Coal Industry of Ukraine, said that Ukrainian energy industry is in difficult condition at present, one of the reasons being outdated equipment. “The most important thing is conducting primary calculation for these regulatory asset based tariff setting,” he said, “and then we are to work to protect consumers’ rights”. At the same time Svetelik said he believed investors would be interested in working in Ukraine after the regulatory asset based tariff setting has been introduced. Moreover, according to the deputy ministers, companies are to switch to regulatory asset based tariff setting system when they are ready. The year 2016 with the pilot project for six companies would demonstrate tangibility and economic feasibility of introducing this system, said Svetelik.