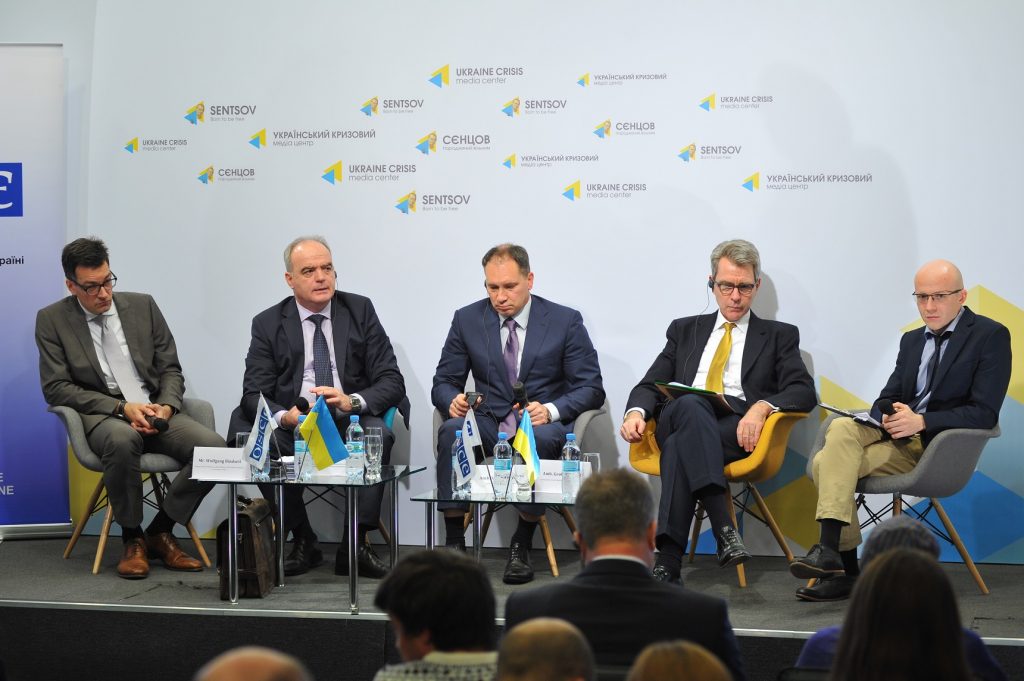 Kyiv, November 19, 2015. Everything [in the reform process] depends on an efficient and effective judiciary system. If the judiciary doesn’t fulfill its proper role, every other effort will be pointless. “In the end, it is the judiciary that enforces and makes decisions when something goes wrong. It is kind of the mother of the reforms, it is fundamental”, believes Mr. Wolfgang Bindseil, Deputy Head of Mission (DCM) at the Embassy of the Federal Republic of Germany in Ukraine.

He noted that the Constitutional Commission consists of well-known experts, practitioners, a wide array of politicians and civil society. Its major achievement so far is a compromise that everyone is satisfied with. German DCM also supports the delegation of a wide range of competencies to the High Council of Justice, as this is fundamental for depoliticizing the judiciary. According to him, further steps should concern the process of judges’ evaluation and how to organize a competitive process for their election. “This is homework for the months to come. And it should be a swift and technical, not political process”, Mr Bindseil added.

Ambassador Vladimir Ristovski, Representative of the Council of Europe Secretary General in charge of the co-ordination of the co-operation program in Ukraine conveyed the Venice Commission assessment, expressed in the two opinions of the Commission adopted on 23rd and 24th of October. According to this set of documents, the text of the amendments “is very well drafted and deserves the full support of the international community”. Mr Ristovski also listed several positive developments expressed in the amendments. These are the removal of the Verkhovna Rada’s power to appoint judges, the new role of the President in this regard as well as the changes related to composition of the High Council of Justice and careers of judges.

Among the other developments welcomed by the Commission, Mr Ristovski named the independent function of the prosecution service, given that Verkhovna Rada will no longer have the power to initiate no-confidence votes regarding the General Prosecutor. He also believes that such amendments can only improve the human rights situation well as increase the trust of Ukrainian society in the judicial system.

Geoffrey Pyatt, Ambassador of the United States of America in Ukraine, is convinced that there are real reasons for optimism about how the debate on the constitutional reform in the judicial sector is unfolding. “The really important burden for the Rada is to look at these issues through the lenses not of short-term political advantage of one or another political party, but what is better for Ukraine and Ukrainians”. To this end, civil society has to play the key role in this process. Ambassador Pyatt insists that if Ukraine is able to restore the rule of law in the country, it will pass the test of Revolution of Dignity. It will also determine whether American and other foreign investments will come to Ukraine. “My advice is: this is so important – do it right. Seek the best technical advice from international experts. Have a broad and transparent debate. But, in the end of the day, make your own choices. Because the ultimate shape of Ukrainian politics and the future of Ukraine’s democracy is for Ukrainians to decide,” Ambassador Pyatt summed up.

“The country has been through tremendous change. Whether you want it or not, the changes are evident, you can see it, maybe it is not meeting expectations fast enough, but nevertheless, I can definitely see a lot of changes”, added Ambassador Vaidotas Verba, OSCE Project Coordinator in Ukraine.