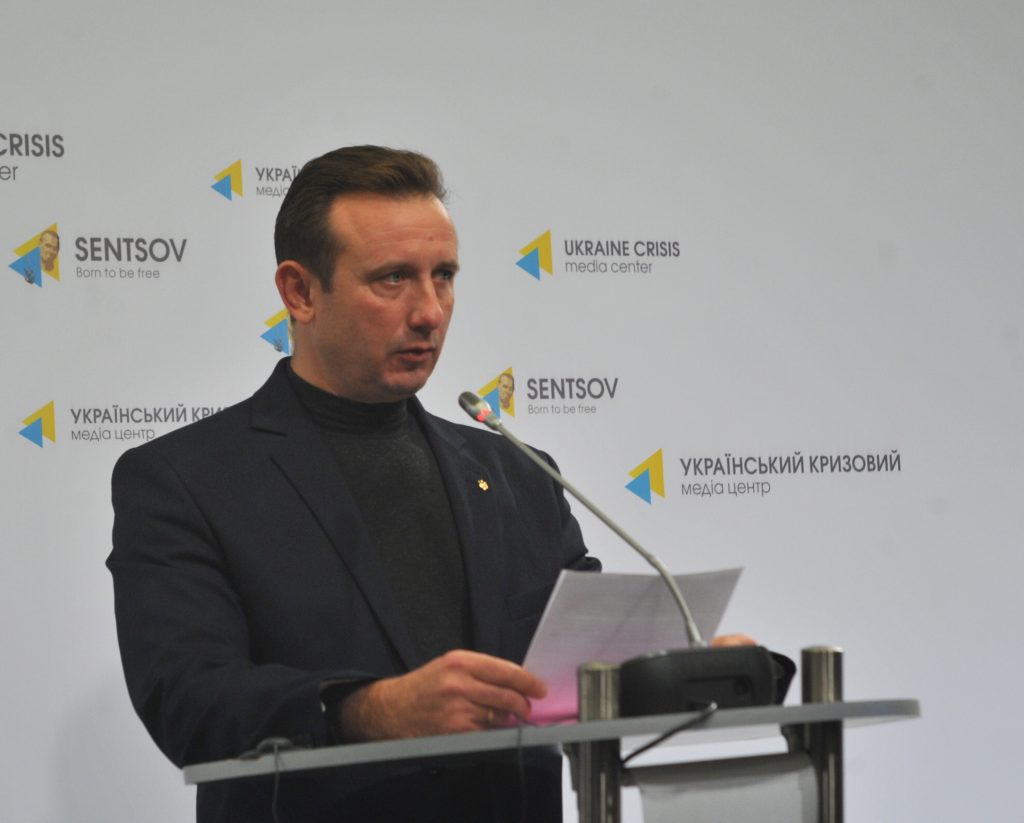 Kyiv, November 22, 2015. As of Sunday, November 22, all four power lines (EPL), which supply electric power to the Crimean peninsula and partly to Kherson and Mykolaiv regions, are completely disabled. “Yesterday, on November 21, at 23:20, two 330 kV overhead lines – Kakhovska-Ostrowska and Kakhovka-Dzhankoy were simultaneously disconnected due to the damage and breakdown of EPL poles. […] It will take about 4 days to repair the power lines and restore their operation,” informed the National power company “Ukrenergo” Deputy Director Yuriy Kasich during a press briefing at Ukraine Crisis Media Center. Currently, the damaged lines have been isolated; management of the Dnipro and Southern power systems and six repair crews with all necessary equipment have arrived at the accident site.

330 kV Melitopol-Dzhankoy and Kahovka-Tytan lines between the Dnipro and Crimean power systems were disconnected on Friday, November 20, at 4:28 am, reminded Mr Kasich. Besides, the air-breaker switch of 330 kV Kahovka-Dzhankoy line was damaged during short circuit clearance at “Kakhovska” substation.

“All these events caused the need for additional emergency shutdown of two units at Prydniprovska and Vuhlehirska thermal power stations, and, correspondingly, for emergency shedding of 500 MW load at Zaporizhia and South Ukraine nuclear power stations, said Yuriy Kasich and added, that such load shedding is very dangerous.”

Electric power is supplied to two districts of Kherson region from the substation “Tytan” through the standby power system. According to Yuriy Kasich, currently a reliable power supply to Kherson and Mykolaiv regions and to regional centers is under threat. “Kakhovska” substation electric circuit diagram is extremely unreliable due to disconnection of one 220 kV line and two 330 kV lines. “In case of disconnection of one more element at Kakhovska substation, cascading failures are possible threatening Kherson region – about 50% of the region will be de-energized”, added Yuriy Kasich. He emphasized that “united energy system of Ukraine is designed in such a way that it is impossible to separate certain areas, regions or localities from it.” The damage of power lines in any region of Ukraine could affect the reliability of electricity supply in other parts of the country.